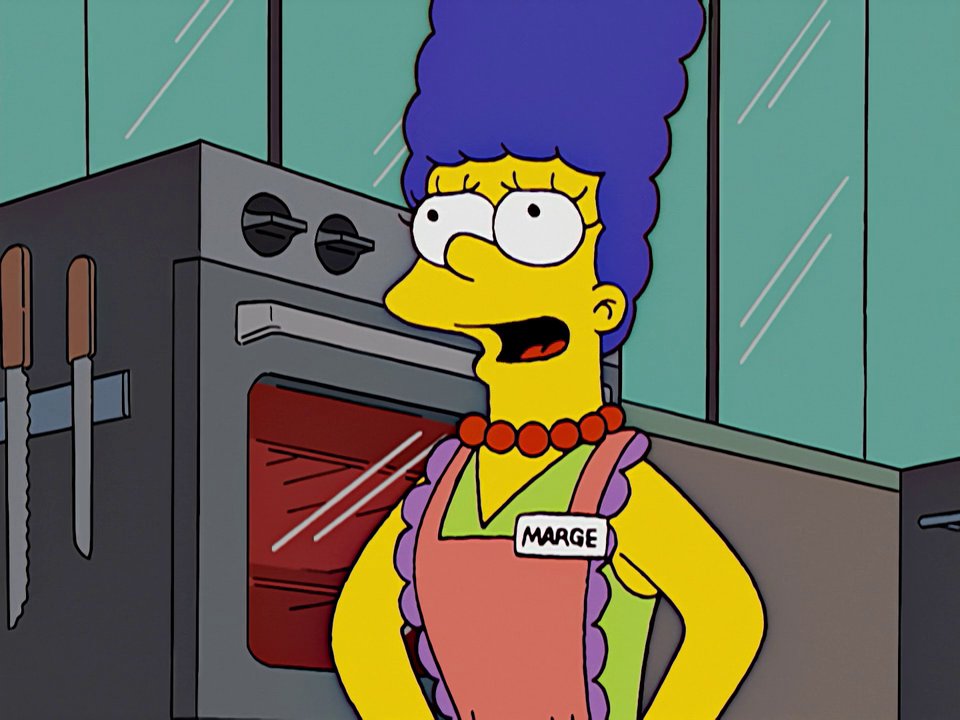 Welcome back everyone and get ready for the true beginning of Season Sixteen in which we watch Marge get obsessed with a baking competition and Bart get obsessed with Playdude magazine. But not in the way you’d think. Let’s get going!

Our episode begins today with the family sitting around on the couch watching a tremendous movie called Blacula meets Black Dracula, and it’s pretty much the greatest thing in the world. But after we establish the ridiculousness of that gag we move on when Bart comes marching into the room eating cookies. They question him about the cookies and it turns out that there’s an open-house for the house next door, and like most suburban families, they decide they need to go gawk on their neighbor’s house.

So Homer and Marge head over into the neighboring house and they start peeping around. The house seems pretty similar to their, except for the kitchen, which is pretty nuts. It’s basically a professional kitchen with every amenity possible, and Marge is super jealous. Which gets even worse when they get home and the Simpson kitchen actually just starts falling apart in Marge’s hands. So, Homer decides to make his wife happy and get them a new kitchen. Unfortunately he also offers to build it himself. Red flag.

Homer decides he doesn’t want the magazines anymore, and heads outside to throw them away in the trash, knowing that no one wants them in this condition. Which proves wrong, because Bart and Milhouse start rummaging around in the trash and find the magazines, and are very interested. They have no idea what Playdude magazine really is, but they know it’s against the rules, so they take them up to the treehouse to check them out. And when it turns out to just be weird understandings of bachelor lifestyle from the 60s, they decide that this is the interesting part of them, and start designing their lives around what Playdude thinks is cool. 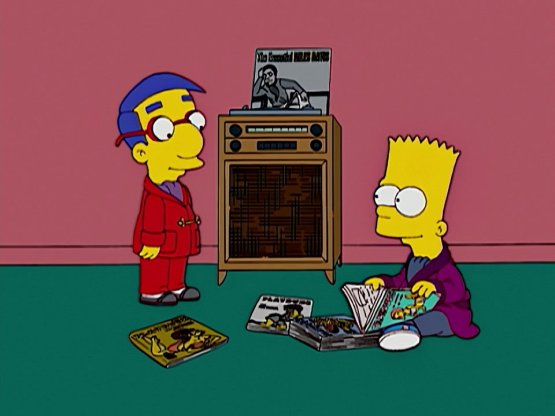 And while all of this is going on Homer has finished ruining the kitchen, to the point that Marge has to deflate his self-esteem and call in a professional contractor. So the contractor comes in and several years later they finish the project and the Simpsons now have an amazing kitchen that came with a $100,000 price tag, which is ridiculous. But Marge loves the kitchen and quickly starts using it as much as she can, and starts bringing impressive food to church potlucks. Oh, and for some reason Thomas Pynchon is there.

Anyway, after Marge’s food starts to become a hit she learns about a competition held by the OvenFresh flour company that will award the winner the ability to be the company’s new mascot. So Marge decides to give it a shot and starts to make her entry, some dessert hotdogs that are made from cookie dough. And despite the fact that she’s super nervous about the quality of her entry, she gets into the real contest. She’s one step closer!

Meanwhile, Bart and Mihouse have really started to love the sleazy 60’s bachelor lifestyle and have begun transforming the treehouse into the Playdude mansion, complete with jazz records and bath-robes. Other kids even start to come over and hang out at the house, hell even James Caan starts coming. But things quickly turn bad when the parents start to get concerned about what Bart’s teaching their kids, causing Homer to have to go talk to Bart and give him the Talk. Which obviously leads to Bart running around town and telling the rest of the kids the truth about sex, which surely scars them worse than whatever they were doing in the treehouse.

But that’s enough about Bart, let’s get back to Marge’s cooking challenge. Because it’s time for the big competition, and she quickly learns that things are really cut-throat here. All the other contestants are trying to psych her out and destroy her entry, and it all just seems to be too much for Marge. Things even get to the point that after Marge makes a batch of her dessert hotdogs one of the contestants ruins them, causing Marge to try and make some quick replacements that fail to impress.

However after Marge finishes her replacement desserts she has to run to the judging room and get them delivered before the door is locked. She just barely gets inside, and finds herself locked in the room with the other entries, alone. Which is when Marge’s moral evaporate, because she’s so mad at the other contestants that she decides to poison all of their food with a bottle of Maggie’s ear medicine that she has in her purse. The perfect crime! Well, except for the fact that the entire time she’s doing it Lisa is watching her from the other side of a keyhole.

Lisa starts to have a serious crisis of conscious, struggling whether she should tell Marge about the trickery or not. Homer doesn’t really care though, because he’s too busy hoping that when Marge becomes a spokeswoman he’ll get to hang out with other mascots. But it’s not going to matter much, because it’s time for the final competition! It turns out that Marge neglected to poison one of the meals, Brandine’s gross road-kill surprise, so now it’s down to Marge and Brandine in final combat.

Lisa’s conscious finally gets the better of her though, and she confronts Marge about the cheating, telling her how disappointed she is in Marge. But Marge acts like she’s going to blow off Lisa’s complaint though, and gets ready for the final competition. But, as we all could have guessed, Marge decides that she can’t handle Lisa’s disappointment and decides to announce to everyone that she cheated, letting Brandine become the big winner. The Simpsons go back to normal, I guess keep the fancy kitchen, and Brandine becomes a celebrity, which obviously leads to Cleetus and a band of hillbillies pulling a Sonny Corleone on James Caan when he runs off with Brandine. 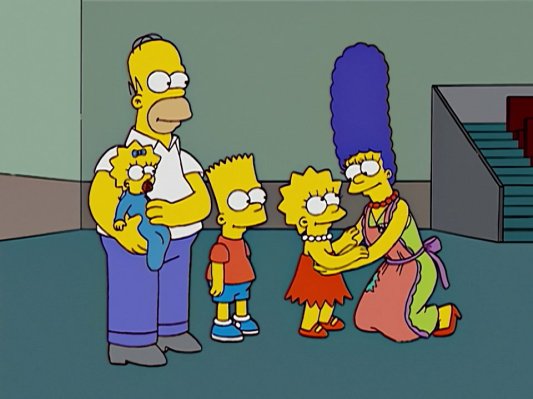 For the most part I really liked this episode. There are issues with it, but I really like the idea of Marge being successful at something. Too much lately Marge has gotten relegate to this weird nagging role that I don’t like at all. Recent seasons have made her this unpleasant character that exists to extinguish other character’s joy, but this episode brings back some of what I love about Marge. She gets competitive and finds a passion! What’s not to love? And I really adore the idea of her getting so obsessed with this competition that she decides to fault on her morals and cheat, and is only brought back to sanity from the disapproval of Lisa. That’s really solid. Plus we have that crazy B-Plot where Bart becomes a swinging bachelor, and that’s fun too. Now let’s see if that kitchen comes back tomorrow! Probably not!

Take Away: Don’t get so obsessed with a competition that you begin to destroy your morals.

“All’s Fair in Oven War” was written by Matt Selman and directed by Mark Kirkland, 20004.