Hey everybody. You ready for a really weird episode? I’ve heard about this episode before, and a good friend of mine actually has spoken quite highly of it. And while I’m not sure that I would say I like this episode, it’s certainly interesting. I’ve been on […]

So yesterday I said that this week was going to be much better than last week. Which is true. Pretty much across the board everything this week is a step up from Lackluster Week. However, today’s episode sure is odd. I don’t know if it’s a particularly […]

So last week was kind of a drag, right? Lackluster Week was no fun, and kind of got me worried that I was in for some bleak times in the coming months. But apparently the Simpsons Gods have smiled upon me, because let me tell you, this […]

Hey, what’s the best way to end Lackluster Week? Glad you asked. The answer is apparently to do something that seems to be impossible. Namely, make a dull and uninteresting Sideshow Bob episode. I mean, how do you even do that?! Well, I guess like this. The […]

Hey everyone, who wants to talk about an episode that should certainly revolve around Marge, but ends up getting hijacked by Homer’s insecurity? Sounds like a blast right? Nope! Well, what are you gonna do, it’s Lackluster Week. The episode begins with Bart and Milhouse, and basically […] 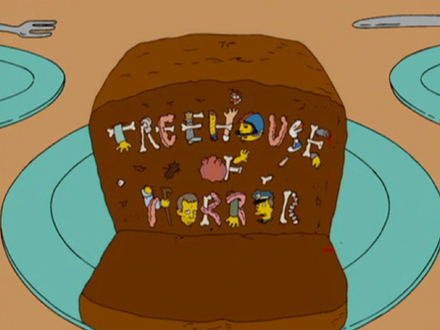 Hey there everyone, and welcome back to Lifetime of Simpsons, where Lackluster Week continues in one of the least likely ways possible. It’s pretty hard to make a Treehouse of Horror episode that just falls completely flat, but apparently it’s not impossible. We’re in for a doozy […]

We had a run of episodes a couple seasons ago that were pretty lackluster to actively bad. But then Season 18 had a spate of pretty fun and enjoyable episodes that made me think things were going to start turning around. The Simpsons Movie is wonderful, and […]

There sure seems to be a lot of episodes from this era of the Simpsons that are almost completely forgettable. We’re now fully in the years that I never saw, so I’m seeing all of these episodes for the first time, and I’m shocked that I keep coming […]

You know, I’ve started to notice an odd pattern with the episodes from the last couple seasons. They tend to have really interesting ideas that arrive in the third act, and which should have been the premise of the entire episode if they hadn’t wasted so much […]

Well, well, well. Look what we have here. The beginning of the 19th Season of the Simpsons. Nineteen goddamn years. That’s ridiculous. And what’s even more ridiculous is that I still have almost a decade of episodes to go. But we take this one episode at a […]