I’ve mentioned this a whole lot here on the site, but one of my all-time favorite genres of storytelling is noir. It’s a fairly broad genre that generally gets used to describe most types of crime stories, but it’s also one that can become very granular, describing […]

Sicario: Day of the Soldado and the Moral Center

A few years ago I had the privileged to see a film that quickly became one of my favorites of all time. Denis Villeneuve’s Sicario was a film unlike any I’d ever seen before. An incredibly dark adult thriller that looked at morality, justice, and the divide between […]

I’ve mentioned this before during the run of this Cinematic Century project, but this whole thing began with me realizing I’d seen a shocking amount of movies from most of the years of the Twentieth Century. I’d found that I’d seen at least one film from 1920 to […]

Hotel Artemis and the World of Crime

Like most people in the world, I’ve become a huge fan of the John Wick series of movies. They’ve become some of my favorite action flicks of all time, and I’m eagerly awaiting the third film in the franchise, and have been waiting to see what effects that […]

The Twelve Lives of Samuel Hawley and the Past

If you’ve spent any time reading my thoughts and ramblings on stories you’ll have picked up that I’m fascinated with stories that examine criminals and why they commit crimes. That’s a pretty broad category of narrative, and there are plenty of smaller niches that I find […]

This project began when I tried to accomplish something a little ridiculous. I was curious how many years I’d seen movies from. And, much to my surprise, I’d seen at least one movie from a shocking amount of years. Basically from 1920 to the present, with only […]

In the Woods and the Universality of Crime

Looking back on the various novels that I’ve discussed here on Page Turners, I noticed a pretty huge consistent factor. I read books from an awful lot of white dudes. So, I’m going to try and broaden my horizons this year, and try to read more novels […] 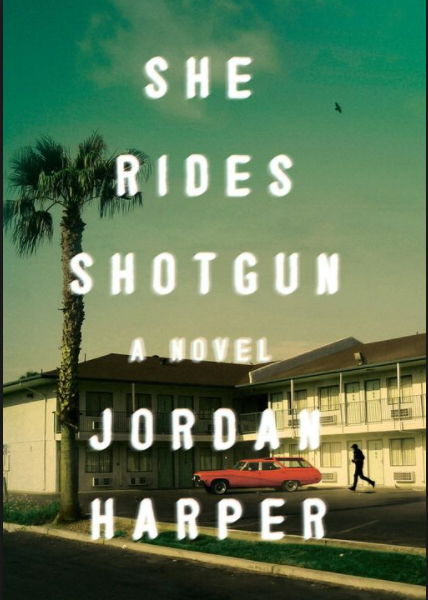 The Bear-Knuckle Prose of She Rides Shotgun

Crime has always been a topic that I’ve been greatly interested in. And I’m certainly not alone, because for whatever reason it seems like a vast majority of people in the world are truly fascinated by the idea of the committing and solving of crimes. I mean, […]

The Expert World-Building of John Wick

This may seem a little unvoncentional, talking about a movie that came out a couple years ago, and whose sequel is coming out in just a couple of weeks, but while I was at the theater today I saw the trailer for John Wick Chapter 2, and immediately had to […]