The Familial Fantasy of the Adventure Zone

I get to talk about a lot of things that interest me on this site. I mean, the whole thing is basically just a cavalcade of things that I’m into, barring the occasional dreadful DC movie, so you would think that there aren’t many aspects of my […]

The Long Halloween and the Compromise of Nostalgia

There are certain narratives that have had such a profound impact on my tastes that I feel compelled to revisit them just about every year. There are certain books, movies, television shows, and comics that helped lay the foundation for my narrative sensibilities, and have become fully […] 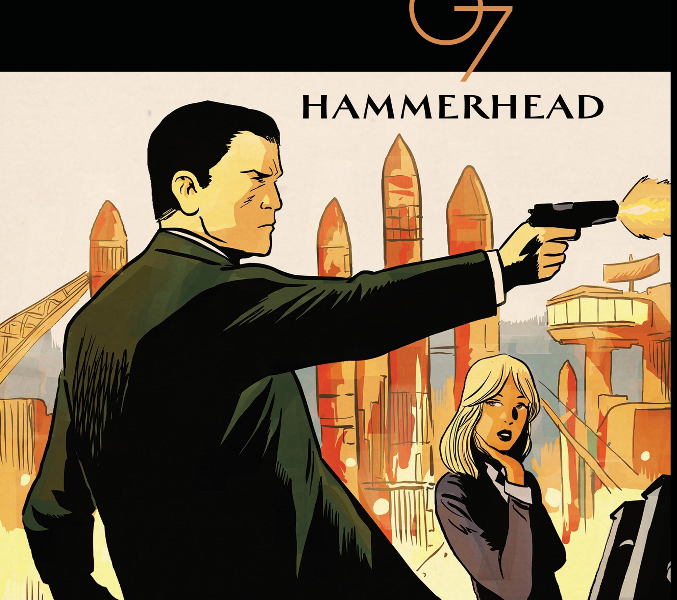 The Classic Bond Goodness of Hammerhead

The character of James Bond has proven to be one of the most versatile characters of all time, succeeding in just about every medium you can think of. Obviously the character has done very well in film, and he’s has a very lengthy tenure in literature. Video […]

I don’t really review the weekly comics here on the site. I read pretty much everything that comes out, but for whatever reason I’ve never really been spurred to write a weekly recap of the stuff going on in the world of comics. Everyone talks about the comics […]

That Time Daredevil and Dr. Doom Pulled a Freaky Friday

Here we go, back to silly Marvel stories! Working on the Bat Signal project kind of put a damper on doing these Marvel Madness posts, but I’m trying to do a better job with that, and get these up more often, because I have quite a backlog of […]

I’m going to get this taken care of right off the bat, this is the stupidest article I’ve ever written on this site. And I pretty much exclusively run in stupidity. I generally try to stay away from stuff like this, coming up with alternate stories that […]

The Cartoony Noir of Blacksad

I talk about comics a lot on this side, but I’ve definitely been focusing too much on superheroes. While the two largest companies putting out comics exclusively stick with the superhero genre, there are countless other types of amazing comics being put out by the smaller companies. […]

That Time the X-Men Were Saved By Leprechauns

Well I haven’t done of these in a while, even though I’m developing quite a backlog of truly bizarre Marvel comics, but I’ve been slacking. However, the recent Saint Patrick’s Day got me in the mood to talk about some comics, and when I thought about Irish comics, […]

That Time Howard the Duck Ran for President

Hey everybody, politics are weird, right? It’s that time again where for the foreseeable future we’re just going to be inundated with politics, with no escape in sight. Just like Christmas, Presidential Election season seems to be getting earlier and earlier each term, to the point where we […]

That Time Doctor Octopus Tried to Marry Aunt May

Ah, let’s talk about Spider-Man again everybody. Last time I wrote an article about him it was a zany story about Spidey being handcuffed to J Jonah Jameson for 24 hours, and was just some silly fun. This time though, we’re getting into some hardcore weirdness. This story […]