Hello everyone, and welcome back for yet another installment of Bat Signal, my never-ending quest to read every single issue of Detective Comics ever published, in random order, and with basically no context. And this week we’re taking a trip back into the No Man’s Land! We’ve hit […]

Happy Halloween everyone! It’s the most wonderful time of the year, and you know what that means! I’m going to read a scary book and then ramble about the many adaptations of that book, hoping to see how good the adaptations are, and how powerful […]

The World is Not Enough and Women

We’ve reached an oddly momentous occasion here on this Bondathon rewatch. Because today’s film, The World Is Not Enough, while being one of the films I have the most conflicting opinions on, is also the first Bond movie I believe I ever saw. This may be incorrect, but from […]

Welcome back to Bat Signal, my ongoing experiment to read random issues of Detective Comics regardless of what came before or after it. And we sure do have a complicated issue today. A few weeks ago I happened to pull the issue right after Bane broke Batman’s back, and we […]

Hey everybody! Happy Monday! It’s apparently Christmas! Oh, and today is also the one year anniversary of the blog. Huzzah! The Simpsons project isn’t quite a year old yet, but I’ve been rambling about stupid crap like this online for a year now. So let’s celebrate that […]

We’ve had a decent week of Simpsons here on the site. Not one of the best runs we’ve had obviously, but for this period in the show’s history we’re doing pretty hot. And this episode that’s going to round out the week is probably the most emblematic […]

Hey everybody, at some point the writers of the show seemed to decide that every season needed an episode filling us in on the continuing adventures of Apu Nahasapeemapetilon. I’m not really sure if that’s super necessary or not, but hey, let’s see what Apu’s up to […] 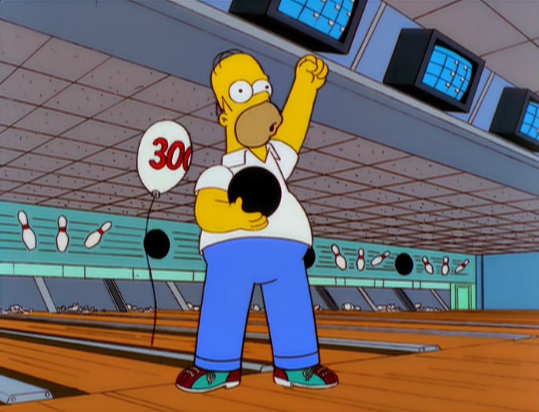 Hey, you know who one of the most underused characters on the show is? Maggie. She almost never gets episodes about her, even though the few that there are, especially the ones that have revolved around Homer’s relationship with his youngest daughter, are pretty great. So let’s […]

So yesterday I said that this week was going to be an improvement over the minor dumpster fire that was last week’s episodes. And that’s true, but that doesn’t necessarily mean that we get a week of perfect episodes. They’re just working better. And here’s a prime […]