Bad Boys for Life and the Sins of the Past

Nobody has the time to watch everything, and as a result a lot of stuff just kind of slips through the cracks. Especially if it’s not something that just doesn’t generally match up with your preferences. Which, sometimes ends up making it so that you miss out […] 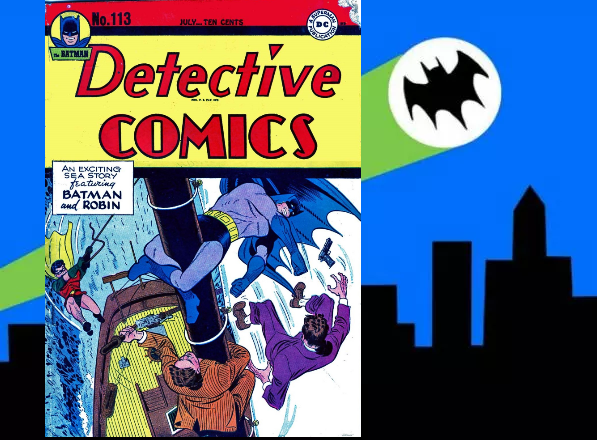 Hello, and welcome back for yet another installment of Bat Signal, my perpetual quest to read every single issue of Detective Comics ever published, in random order, and with essentially no context given. And boy do we have a goofy issue to talk about today, because we’re taking a […]

The Outer Worlds and Selling the Future

Well, well, well, it looks like it’s time to dust off one of the rarest types of articles I post here on Puzzled Pagan Presents! Because, I weirdly don’t have a whole lot to say about video games, typically. I don’t keep up with them in any […]

Hello everyone, and welcome back for yet another installment of Bat Signal, my never-ending quest to read every single issue of Detective Comics ever published, in random order, and with basically no context. And this week we’re taking a trip back into the No Man’s Land! We’ve hit […]

Well folks, after a brief winter break it’s time to talk about the Simpsons once more. This season has been…challenging so far, and it looks like that trend is going to be continuing. Because, folks, this episode is weird as hell. We get what appears to be […]

The Mandalorian and Redemption

A couple of weeks ago I discussed HBO’s Watchmen, a show that I liked quite a bit, and which really hit home how powerful it is to use a more traditional television release schedule, coming out week by week so that everyone can have a communal experience and enjoy […]