Every October I like to share two very specific types of stories with you in my Marvel Madness posts. Earlier this month I took you on another trip to the spooky town of Rutland, Vermont, and next week I’ll share another ridiculous adventure of the lord of […]

That Time the Juggernaut Tried to Destroy Rutland, Vermont

Over the past two years I’ve had the bizarre pleasure to share a couple of very strange stories with you, taking place in the seemingly random location of Rutland, Vermont. In the past I’ve given some explanation for why Marvel comics in the 1970’s continued to […] 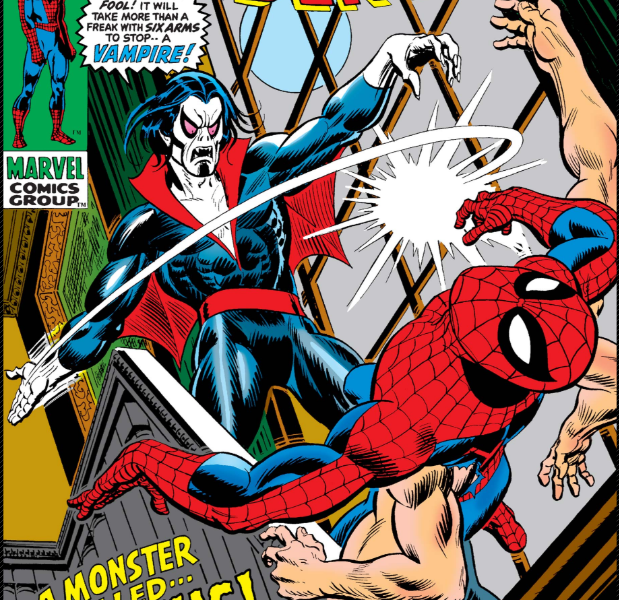 After spending a month talking about stories that featured the exploits of Batman more than the heroes of the Marvel Universe, I felt like it was time to get things back to normal here on Marvel Madness. And what better way to get back into the […]

That Time the Punisher and Batman Stopped a Gang War

Two weeks ago I discussed an absolutely insane comic, that I by and large didn’t think worked out that well. It was the story of Batman and Daredevil stopping a crime-spree by Two-Face and Mr. Hyde, and was the first time I’d ever dipped my toes […]

That Time Daredevil and Batman Stopped Two-Face From Making Microchips out of Mr. Hyde

Did you all know that in the 1990’s Marvel and DC toyed around quite a bit with the idea of cross-overs? There are probably a whole litany of reasons, most of which revolving around the utter insanity that the comic book industry was in during that […]

When I first started talking about weird Marvel stories here on the site, there were certain famous stories that I figured I’d get to eventually. Because it’s no secret that over the course of their fifty-plus years the House of Ideas has had some really oddball […]

That Time the Invaders Fought a Nazi Frankenstein

We started off this month of weird Captain America stories by looking at an absolutely bizarre little piece of vintage Jack Kirby that featured Cap sliding throughout time and reliving some greatest hits of American history, so what better way to continue the month than with […]

Happy Fourth of July everyone. It’s America’s birthday, which means it’s time to celebrate everything that makes America what it is. Unfortunately, there’s not a whole lot to be celebrating at the moment. The country is in really rough shape, heinous things are being done seemingly every […]

That Time Dr. Doom Turned the Hulk into a Weapon of Mass Destruction

Just last month I broke new ground in the world of Marvel Madness by sharing the first Incredible Hulk story I’ve ever tackled on the site. At the time I made a big deal about the fact that the Hulk is a bit of an odd character, because […]