Proven Guilty: Get Ready for Nightmares 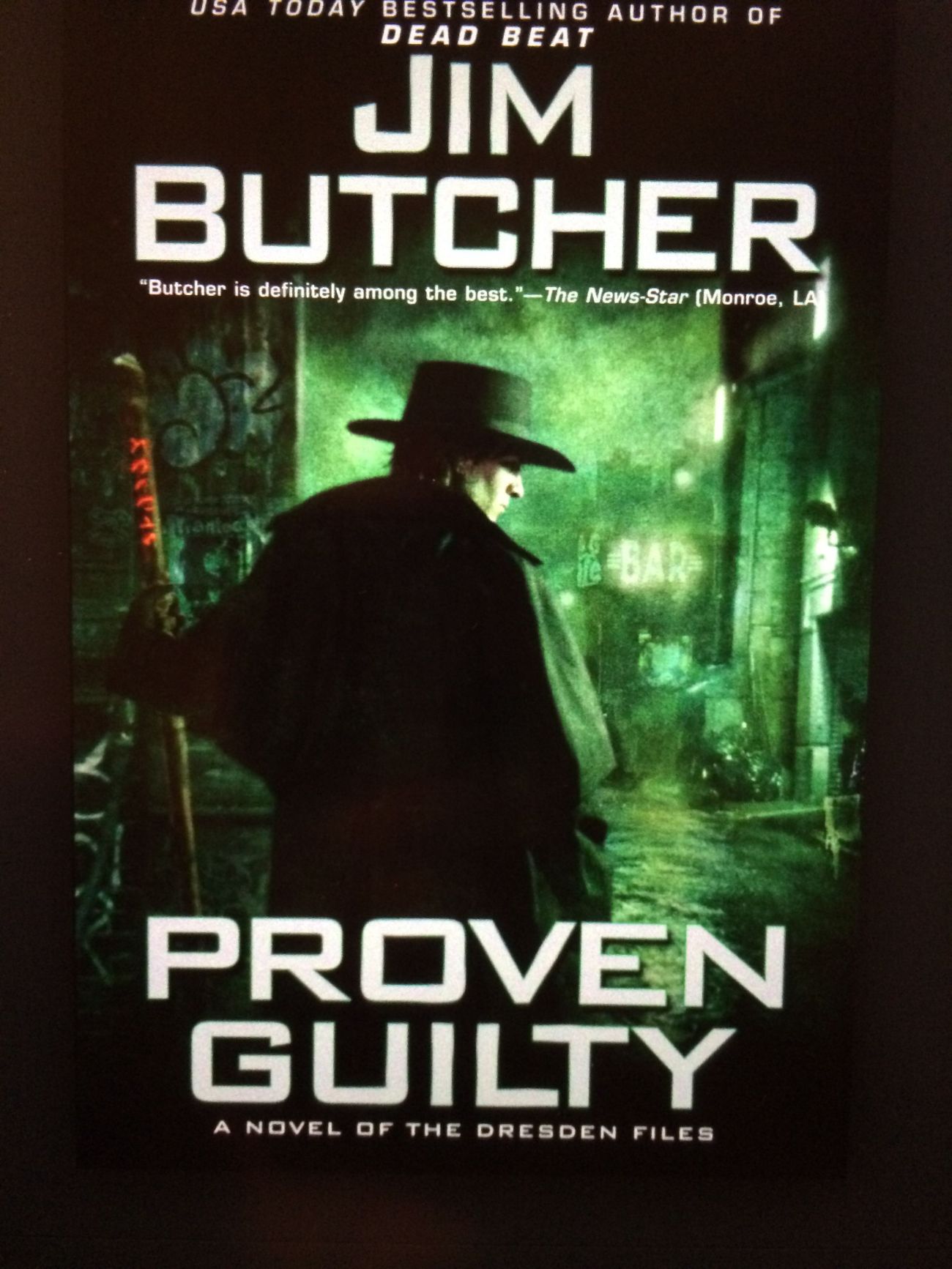 Hey everyone, I’m back! I’m wrapping up my little mental vacation full of existential dread and coming back to share more inane ramblings with you all. And, what better way to get back in the swing of things than by going on another adventure with everyone’s favorite wizard-for-hire, Harry Dresden? I’ve been talking about the exploits of Harry Dresden for the entirety that this website has existed, every now and then popping back into the long-running series that I’ve grown to love quite a bit. It’s a sort of literary comfort food, something that I know is going to be a good time, and a bit of a diversion. Which, is exactly what I’ve needed. The series is a mixture of noir and fantasy, two flavors that you maybe wouldn’t think would pair well together, but end up creating a really fun series. There’s so much about the Dresden Files that should be somewhat cringe-inducing, but author Jim Butcher is able to weave some really terrific stories, putting his awkward horniness aside at times. We’ve seen Dresden go through a bunch of changes over the years, while being placed in the middle of an ongoing and complicated war between wizards and vampires that threatens to tear Chicago, and the rest of the world, apart. So, we all know how it’s going to go when he gets wrapped up with nightmare creatures that feed on fear and panic.

The novel picks up a bit after the last one, and Harry has been getting used to his new role in his wizard Council. He’s a Warden now, sort of a wizard cop, and thus has to be involved in the prosecution, and execution, of people who are up to black magic. Harry himself was almost executed as a child for getting involved in such stuff, so when a powerful Wizard on the council informs him that there is black magic going on in Chicago, he doesn’t get too exited to deal with it. But, Harry doesn’t get much chance to investigate this black magic when he’s called up by a young woman named Molly Carpenter. She’s the oldest daughter of one of Harry’s greatest allies, Michael Carpenter, a holy warrior who gets missions from God and wields a magic sword. So, Harry goes to help out Molly, and finds that she’s essentially run away from home, and needs Harry to bail out her boyfriend from jail. The two of them are working at a horror-movie convention going on in town, and there was a mysterious assault that Molly’s boyfriend has been charged with. Harry finds their story strange, and goes to investigate the convention, only to find a supernatural creature wrecking havoc inside, taking the form of a popular slasher villain. It kills some people before Harry is able to destroy it, and finds that it was a sort of magical creature that feeds off fear. Harry becomes fixated on the case, and eventually is able to concoct a spell that sends the nightmare creatures back at their source. There’s just one problem with that.

It turns out that Molly Carpenter is the source of the creatures. They’ve abducted Molly and taken her to a dimension of magic, the NeverNever. Harry goes to get help, and finds that Michael is on a mission. But his combative wife Charity is there, and very furious about Harry doing this. But, she agrees to help Harry find Molly, revealing that before she met Michael she too dabbled in magic, and has suppressed that side of herself for years. Which finally lets Harry figure out what’s going on. Molly has magical abilities too, and left the house because of her mother’s hatred of Harry. She then started using her abilities to fix various drug-addictions in her friends, including the boyfriend from earlier, by instilling them with fear. This caught the attention of the nightmare creatures, which began coming to feed off of her accidental victims. And, they’ve brought Molly back to their master, the Faerie queen of Winter, which is has been in a constant war with the Queen of Summer, giving the Wizards a headache. Harry leads a taskforce into the NeverNever including Charity, his cop friend Karrin, and his vampire brother Thomas, and they manage to save Molly, dealing a massive blow with the Winter Fae in the process. But, with Molly safe, Harry now has a choice to make. The Council is going to find Molly, and find her guilty of black magic. So, he talks with Molly and she ends up turning herself in. And, after some plotting, scheming, and surprise witnesses, Harry is able to convince the Council to not kill Molly, and allow him to train her.

I’m always a fan of the Dresden Files books, and this one was no different. It’s just so easy to slip back into the fantastical world that Jim Butcher has been crafting for several books, and get involved in another weird adventure of Harry Dresden. By this point in the series things are really just trucking along, taking the various recurring elements and just remixing them in different situations. We get a lot of my favorite characters in this story, including Harry’s hillbilly mentor Ebeneezer, holy knight Michael Carpenter, and the ongoing presence of a fallen angel that’s taken up residence inside Harry’s head, while also adding some interesting new wrinkles. The Faeries of it all can get a tad confusing, especially since it’s been a few years since I last read a Faerie-heavy book, but I kind of prefer checking in with them than the larger ongoing vampire narrative. Plus, the idea of Harry now having a stubborn teenage girl to mentor is probably going to be fun, at least if we can get past the embarrassingly horny parts that Butcher seems to slip in at random times. I also really liked the idea of these fear-consuming creatures taking the form of various cinematic monsters, pulling on the fear that lingers in the minds of the people who see them, which also leads to some fun little moments where you’re able to figure out which real-life character Butcher is trying to parody. I mean, who doesn’t want to read about Karrin Murphy drop-kicking a thinly veiled version of Chucky? I still wish I’d come across another book in the series that felt like the beginning of things, where there wasn’t this grand over-arching plot going on, and was just a simple story of Harry Dresden getting hired to solve a mystery, but I suppose the series may have just evolved past those humble beginnings, and it still delivers a really fun story that plays with some great concepts and adds to the ongoing mythology, so there’s still a lot of love about it.