The Outer Worlds and Selling the Future 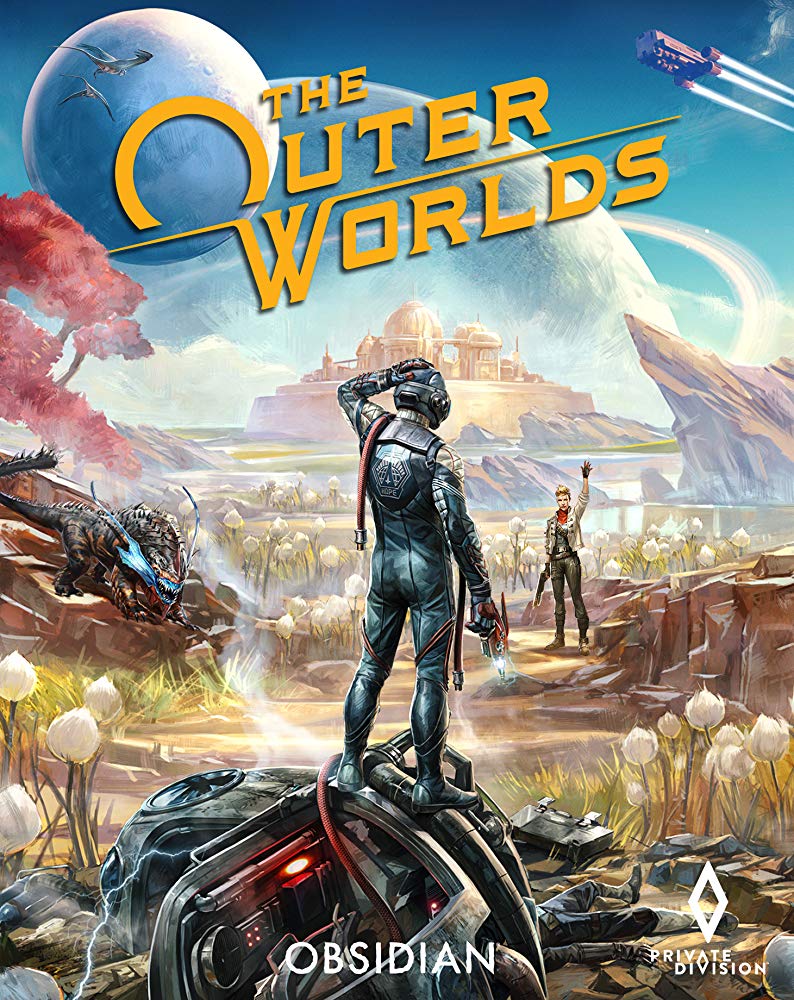 Well, well, well, it looks like it’s time to dust off one of the rarest types of articles I post here on Puzzled Pagan Presents! Because, I weirdly don’t have a whole lot to say about video games, typically. I don’t keep up with them in any real manner, and usually the ones I play don’t exactly lend themselves to any major discussion. I mean, I could talk about how much I enjoyed Pokemon: Sword, but there’s not anything particularly interesting in me talking about it. But, I recently caught up on a fairly recent release, and as soon as I was done with it I knew it was something that was going to spark some discussion. It takes quite a bit for me to pick up a new game, and even more so to do it in the same year that it was released. But, when I heard about the Outer Worlds, I knew that it was going to be up my alley. A quirky and satiric sci-fi epic? Yeah, that is very much the sort of game that catches my attention. And, as I worked through the game I ended up finding it to be a pretty amazing hybrid of some of my favorite games of the last couple decades, borrowing elements from the Fallout games, some aesthetics of Bioshock, and the ridiculous humor of Borderlands. So, it was a pretty sure thing that I was going to have a fun time with this game. And, I was pleasantly surprised to find that it went very well with the general theme of my favorite storytelling of 2019, which is simply: fuck the rich.

The game tells the story of a protagonist who ends up picking up the name Captain Hawthorne. You intended to travel to a newly colonized solar system known as Halcyon, but it seems like the ship that you were on, full of the brightest and most compassionate minds that Earth ever sent to the stars, was purposefully left adrift in space by the massive corporations that are essentially running Halcyon, for budgetary reasons. But, a scientist and radical named Phineas Welles has decided to free you, testing a new method to revive frozen settlers, and sets you out on a task to help him find the chemicals necessary to bring the rest of the colonists back to life, as well as expose the numerous crimes that the corporations running Halcyon have pulled. And, after accidentally killing a smuggler you end up taking over their identity, and their ship, the Unreliable. Slowly but surely you end up acquiring your own crew of oddballs and misfits, such as a shy engineer, a cynical preacher, a helpful robot, a malcontent scrapper, a drunken big game hunter, and a doctor with dreams of piracy.

Captain Hawthorne and the crew of the Unreliable bounce around the Halcyon solar system, getting into all sorts of trouble, dealing with the various corporations who run things, and the criminal elements that attempt to make a living off the scraps from the CEOs. And, all along the way you start to piece together the terrible reality of Halcyon. They have apparently lost all communication with Earth, and are truly on their own. Which, has become a problem now that the colony has had time to begin flourishing, and things have reached the point where it’s become clear there isn’t enough food to keep the colony alive. Malnutrition is rampant in the colony, people are dying, and the Board that runs Halcyon has decided that the best course of action is to just start freezing various colonists, indefinitely, so that there are more resources for the elite. But, thanks to your work with Welles, at least if you decide to play this way, you end up exposing the crimes of the Board, find solutions to the numerous problems plaguing the solar system, and get set up to save the best minds of the colony so that they can begin saving humanity in their new position among the stars. Or, I guess you could also take the side of the corporations, but I have no idea what kind of person would want to seek out that ending. 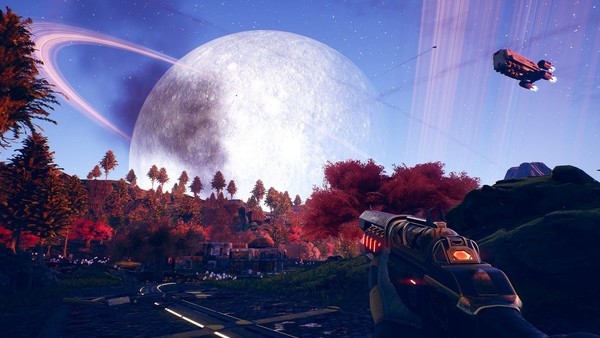 I have a serious soft-spot for games like this. Role playing games are some of my favorites of all time, building a fun character and working your way through difficult decisions that end up changing the ongoing story is exactly what I want from a video game, and the idea that I also have fun crew of buddies to hang out with and go on side-quests for is just the icing on the cake. Assembling a ship full of oddballs with their own bizarre stories and personalities really helped bring life to the game, which was already brimming with personality and a just thoroughly enjoyable aesthetic. It also really seemed to work well with any sort of play-style you wanted to attempt, leaning into a more solo experience, relying on you allies, going all guns-out and violent, or using the system I chose to do, and which I frequently employ in games that let me do it, playing as the world’s most charming idiot. Any game that lets me put all of my statistics into charisma, and maybe something like luck, is instantly going to be looked at favorably by me, letting me just glide through the game, avoiding gunfights and literally just talking people out of disagreements and persuading them to see my way. I know that that may not sound like fun to everyone, but the fact that it fully let me walk through the final levels telling guards that they should’t be attacking me because I’m their new superior is incredibly fun to me, and I love having the option. It’s a gorgeous game, full of fun world-building and interesting sci-fi worlds that don’t just fall into the same old Star Wars-esque biomes, while giving us plenty of jaw-dropping scenic vistas. And, the game truly is funny, something that seems hard to pull off successfully, putting in a very darkly silly story line that can vacillate between slap-stick silliness and ridiculously black humor. All while telling a story that sadly feels within the realm of possibility.

The world of Outer Worlds is actually fairly different from our own, given a change in history that made it so Teddy Roosevelt never became President, and thus trust busting never became a thing that happened, leading to a perpetual Roaring ’20’s, which apparently carried humanity to the stars, and devised a brutal oligarchy over the entire planet. But, playing through the game, I’m not a hundred percent sure why any of that was necessary. Because, I really don’t think that we needed any explanation of why we have an entire solar system that has been bent to the will of evil corporations, where settlers have been put in a crushing class system, and where capitalism is literally dooming the settlers to an easily avoidable death. Because that seems to be the reality we’re already living in. A major theme that 2019 stories seem to have been playing with was the idea that we’re essentially already doomed as a society, and most of that blame can be placed at the feet of the ruling class, and the capitalist structure they’ve built. I can fully see various mega-corporations sponsoring entire planets, and forcing the settlers that inhabit it to be part in their shifting games of one-upmanship. A future where human lives are just a factor in the balance sheets of omnipotent corporations doesn’t exactly seem like science fiction to me, and it becomes that much more heartbreaking to see a story set in the infinite bounds of space, where humanity had the chance to become something new, and still sell out their lives for the same broken old system. But, it’s a very human thing to do.