We live in a time where there’s just so much media to consume, that things often get lost in the shuffle. 2019 ended up being a very good year for movies, and as always there was a shocking amount of television that you’re practically required to be up on to stay culturally relevant. And, now that we’re in a world dominated by streaming services, that becomes that much harder, because you now essentially have to binge an entire season’s worth of television in a single night, or else you’ve become helplessly lost in the conversation, or run the risk of having it all ruined for you by people assuming that everyone watches TV the way they do. But, every now and then a show is released that end up breaking through, and managing to do it in a more traditional way. A show that’s released week to week, and becomes a cultural event, something communal that people all watch and discuss together, which captures the zeitgeist, and love it or hate it, becomes everything that people are talking about, endlessly dissecting and theorizing, adoring and loathing. And, against all odds, one of the greatest examples of that phenomena from this year was HBO’s Watchmen, a show that I’m still shocked exists, that holds together this nicely, and that was accepted this widely.

From the very beginning, when it was first announced, it seemed like a bad idea. Watchmen is a beloved, challenging work that carries with it a complicated legacy. It’s a fascinating and inventive deconstruction of the superhero genre, yet also inspired countless people to take the wrong messages and inspirations from it, leading to decades worth of bad comics. And, it’s proven incredibly difficult to adapt. It’s so popular, so of course they were going to keep taking a stab at it. Zack Snyder probably did as good a job as anyone is going to do by making a straight adaptation of the comic, but even that film lacks any of the gravity and weight of the comic, falling into Snyder’s usual grim and performative gritty aesthetic. And, because it’s so popular, a second major adaptation was always going to happen. So, when it was announced that it was going to be tackled by Damon Lindelof as an HBO series, and that it was going to attempt to adapt the spirit of the comic, without making a straight-forward adaptation, it was at least interesting. I have no real opinion on Lindelof, having never seen Lost or the Leftovers, so I didn’t have the pre-baked love or hatred of any project he was attached to to color my opinions from jump. I just didn’t think that it was likely it would lead to anything. We knew so little about what the show would actually be, and once it became clear that it would become a spiritual sequel to the comic, it just felt like it was doomed to become little else but fan service. The only question that remained was which fans would it be servicing? Would we get a show that was obsessed with the actual weighty ideas held in the comic, or by misinterpreting thing, viewing Rorschach as a hero for instance. But then something unexpected happened. The show began premiering, and it was good. It wasn’t what anyone expected, it tired very shocking things, and it generally justified its own existence. It didn’t work for everyone, but what does? At times it felt like it was taking itself a little too seriously, a little too proud of itself, but it was leaps and bounds better than it had any right to be. They did something completely unbelievable, and made a show that was actually trying to say something. 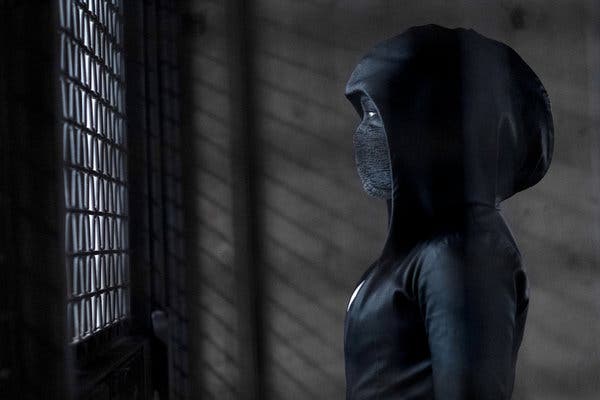 The show takes place in the same reality of the original comic series, just several decades after. We’re in the 2019 of a reality where Adrian Veidt successfully launched a giant squid into New York, ending the Cold War. But, instead of creating a world of peace and prosperity, we seem to have just ended up in the same world that we currently live in, more or less. The show primarily takes place in Tulsa, Oklahoma, the location of the long-reigning liberal government’s first attempt at creating reparations. They have lifted the black families harmed by the Black Wall Street Massacre up, and in the process earned quite a bit of hatred from white supremacists. They rallied behind the idea of Rorschach, and began calling themselves the Seventh Kavalry, leading to an organized terror attack that killed a majority of Tulsa’s police force. This lead to another policy change for Tulsa, brought about by their Senator Joe Keene, Jr, which placed all police officers in masks, keeping their identity secret, for their own safety. And, select officers are even given vigilante identities, carrying out justice under anonymity. Which brings us out protagonist, Angela Abar, known as Sister Night. And Angela’s world is turned upside down when a man claiming to be her grandfather kills her friend, the chief of police. This sends Angela down a rabbit hole of conspiracy and lies, finding that the Seventh Kavalry is up to something big, big enough to get the attention of the FBI, and one of their lead investigators, Laurie Blake, who we knew as Laurie Juspczyk, the second Silk Spectre.

We also follow Adrian Veidt, who is living in some strange countryside manor, seemingly trapped there for penance for killing thousands of people, while getting no credit for saving humanity. He’s constantly trying to escape, from this prison, which we eventually learn is placed on a moon of Jupiter, created by Doctor Manhattan himself. Because, Doctor Manhattan is the real key to the story. It turns out that after abandoning humanity at the end of the comic, he came to Jupiter, created life, and grew bored by it. So, he returned to Earth, and met Angela Abar. The two fell in love, and he ended up using technology created by Veidt to erase his memory, becoming a normal man. However, the Seventh Kavalry, which is in actuality being run by Senator Keene, have located him, and are planning on killing Doctor Manhattan and giving themselves his power, creating a superhuman white supremacist to “balance” the injustices done to white people. But, unbeknownst to them, they are actually being tricked by a rich woman known as Lady Trieu, Adrian Veidt’s daughter, who also plans on taking Manhattan’s power in order to save the world by bending it to her image. Abar works with Manhattan, and her grandfather who ends up being Hooded Justice, the original masked vigilante, to help Veidt stop his deranged daughter, and the hordes or ignorant racists, ending their threats momentarily. Manhattan is killed in the process, but the show leaves us with the idea that Angela may have inherited his powers, the only question remaining of whether or not she’s up to the task of wielding it.

Watchmen is a show that I’m truly in awe of. I really enjoyed myself with it, but I’m not one of the people obsessed with it. It has its flaws, certainly, but it’s better than it has any right to be. It manages to make a story that feels satisfying as a sequel to one of the most beloved comic books of all time, it became an extremely engrossing piece of pop culture, and also contained some of the more surprising depictions of historical evils done to minorities in this country. Just about every week that this show aired you would find articles explaining to people that some new glimpse into the history of the South was in actuality true, that these black people were actually tormented and killed in the ways shown, and it seems like a lot of people were learning about it for the first time. It’s become clear that examining racism through the lens of superheros was the primary goal of this show, which seemed like an idea almost surely destined to fail. But, Lindelof apparently built a writers room staffed with voices from all sorts of backgrounds and worldviews to try and make this story feel as realistic as possible. We got a superhero story that featured villains fighting heroes, but that also tackled with the grim legacy of structural racism in America. The big bad of this superhero show ended up being racism and white supremacy, something you can’t punch or defeat with superpowers, and instead of feeling completely up its own ass, it actually succeeds. It’s a show that seemed to want to teach people about some of the more forgotten racial injustices of this country, while warning them of the dangers of white supremacy. Something that you’d think wouldn’t need to be done, but sadly is highly necessary in the world we’re living in. And, I think it succeeds at that. We got an interesting and engaging superhero story that reminds us of the insidiousness of every day, commonplace evils.

The idea that I was most struck with as I watched Watchmen was that of inevitability. Both in terms of the story itself, and the meta-textual nature of it. On the one hand, it’s a story that reminds us that no matter what we do, no matter what grand insane schemes we may have to save the world, we will never properly count for human indecency. There will always be evil in the world, injustice, hatred, and racism, sadly seem pretty baked into the cake of humanity. We just need to be aware of it, and fight it at ever turn. Adrian Veidt attempted to unite the world, but they just found new ways to hate each other. Which, is human nature, apparently. Humanity will always backslide into evil. It’s inevitable that we fall back to our worst instincts. Periods of progress will always slide back into periods of conservativism, we just have to keep faith that we can undo the damage done in these periods. But, we also have to reckon with the inevitability of adaptation. There was no real need for a new adaptation of Watchmen. Hell, even this story didn’t need to be revolved around Watchmen. The story of racial injustice seen through the lens of superheroes easily could have been done with new characters, perhaps even characters handled in a similar way to those of Watchmen, homages of real characters. But, we live in a world where we need adaptations, we need that brand recognition. So, they took a famous and beloved story, and made a new version of it, twisting it into something new. Which, goes against everything that the creator of the story wanted. Alan Moore has been pretty upfront about the realities of the comic book industry taking his work, and doing whatever they please with it. DC, and Warner Bros. in general, take his work and commercialize it, against his wishes. He’s essentially disowned Watchmen because of what they’ve done with it. And, while I happen to think that this show was a success, and a loving look at his work, it’s still sad to think of the inevitability of it all. There was always going to be another Watchmen adaptation, and there will be more in the future. They will probably be different, they will probably be worse, but they’re coming.

Watchmen was created by Damon Lindelof and released by HBO, 2019. 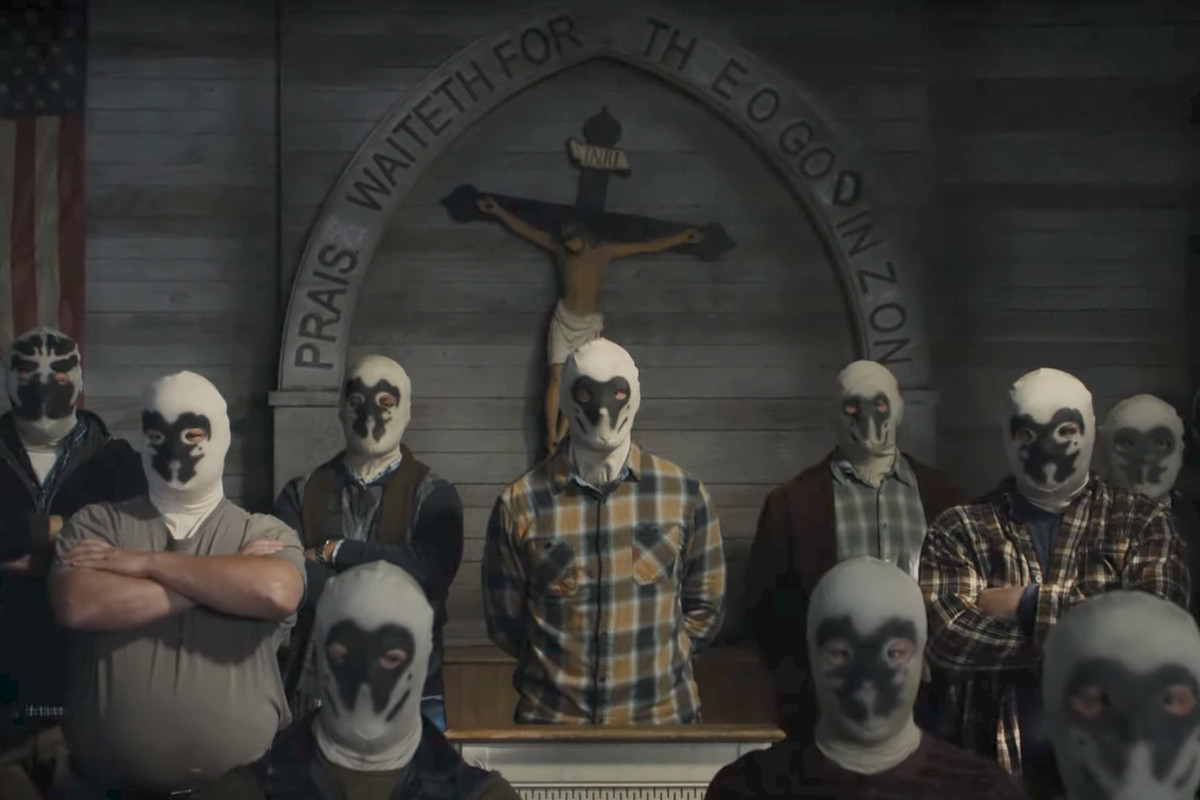