Inland and the Forgotten West 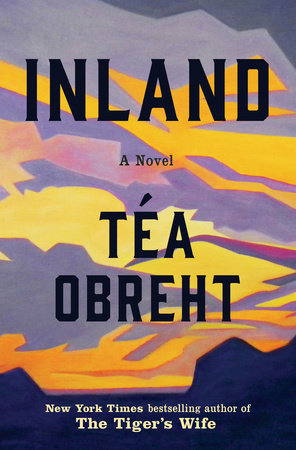 Writing about the book I read for this website has kind of changed the way I read. Before I damned myself to share all my thoughts on the media I consume, I would usually just pop around, find a series I liked, and just read them all, back to back, usually resulting in a bit of burnout. But, I never do that anymore, because it would be kind of boring to just talk about a different Dresden Files book every month or whatever. So, as a result, I try to change things up a lot now, hop around to different genres, and generally get out of my comfort zone. And, after finishing A Conspiracy of Paper I decided I was in the mood for a type of book I hadn’t tackled in quite some time. I wanted a Western. That momentarily took the form of me attempting to get a Film Library post off the ground about True Grit, but some timing stuff kind of wrecked that. I’ll get to it eventually, but I really was in the mood for a Western, and ended up coming across a new novel by Tea Obreht called Inland. I didn’t know much about it, other than the fact that it was a Western and was being well-received, so I figured I’d give it a shot. And, while it wasn’t what I was expecting at all, it was still a fun trip.

Inland tells the stories of two people. The first is a man known as Lurrie Mattie, a man who was born in the Ottoman Empire and who immigrated to America early in his life, where his parents quickly died, leaving him alone to find his way in the world. And the other is Nora Lark, a woman who is trying her best to keep her family and their home together while surviving in drought-ridden Arizona. Lurrie’s story takes place over the course of his entire life, and Nora’s takes place over one specifically terrible day. Lurrie has criss-crossed the entirety of America several times, fleeing into the West after he killed a man while working with an outlaw gang. From there he ended up meeting a military group who has specialized in camels, and who are pushing Westward. Lurrie quickly bonds with a camel he named Burke, and a man known as Jolly, and they make their way through the American West, all while running from his past, getting into all sorts of adventures.

Meanwhile, Nora is dealing with the fact that her eccentric husband has been missing for weeks after heading out to find a missing water shipment. Her husband and her adult sons run a local newspaper, which has recently gotten them into an ongoing feud with a powerful cattle baron who is attempting to move the county’s seat of power to a town that would benefit him, spelling certain doom for the community the Lark’s live in. Nora spends a horrible day moving around her property and the town, trying to find her missing sons, worrying about her missing husband, and all the political drama that they have stirred up, all while dealing with her needy youngest child and the unhelpful cousin of her husband who has moved to live with them in the West. And it all culminates with a visit from the local sheriff, who she once had an affair with, and the cattle baron himself. She also ends up having to deal with a surprising even that almost kills cousin Josie, and which ends up tying the two stories together in a rather unexpected way, all while Nora has to come to terms with the reality of her situation, and the fact that her entire life may be forced to change because of this day.

Like I said earlier, I didn’t really have many expectations going into this novel. I knew that it was a Western, and that was about it. So, you can imagine my surprise when the story started to unfold, switching between two seemingly unconnected stories, neither of which were like anything I’d ever read before. Lurrie the quiet camel-riding outlaw who believes he sees the dead and occasionally gets burdened with their obsessions certainly wasn’t like any Western hero I’d seen before. Neither was Nora Lark, a strong-willed frontierswoman who is barely keeping her family and life together, all while slowly dying of dehydration in the uncaring and cruel Arizona climate. It’s a beautifully written novel, full of moments of haunting beauty that managed to keep a sort of order despite the different tones of the two stories. It’s a very odd novel, full of unexpected twists and elements, and a pretty shocking culmination, but I think the thing that most intrigued me about the novel was that it told stories of the West that didn’t feel familiar. I’ve experienced a lot of Western stories, and by and large it’s a genre largely controlled by archetypes. We have our Western stereotypes, and most stories fall into a familiar framework. But, this novel tells the stories of an immigrant struggling to survive in a rough frontier and a woman who has been embroiled in political turmoil while dealing with familial strife. Which, I’ve never seen before! And, I kind of loved that. Sometimes I turn to Westerns for a sense of familiarity, knowing what I’m going to get and having the execution be the most important part. But, getting a surprisingly fresh premise certainly was an unexpected surprise, and one I really found myself appreciating.