The Song of Achilles and Destiny 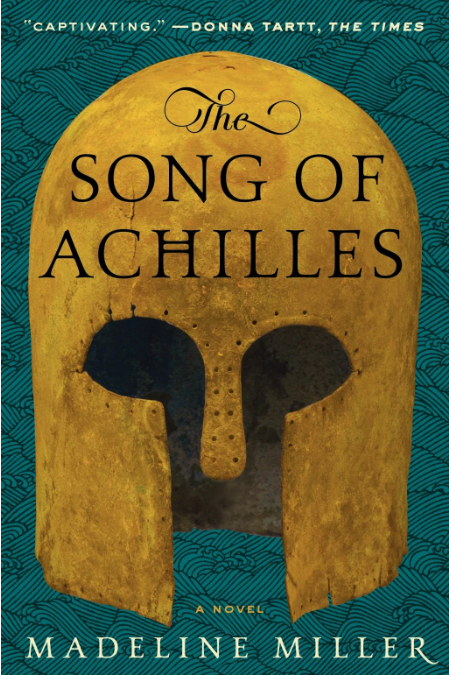 Last year I had the pleasure of finding a book that I really and truly loved. Madeline Miller’s Circe was one of my favorite books I read last year, and almost immediately proved to me that Miller would be an author I’d have to keep an eye on. The way that she effortlessly blended a fascinating narrative out of a handful of Greek myths, bringing several minor characters to the forefront of the story, was simply stunning, and really helped rekindle a love of mythology and fables that had been long dormant in me. However, it also became quickly clear that Circe was a massive work, something built off of a lot of research, probably meaning that there wouldn’t be a follow-up anytime soon. Thankfully though, I just so happened to come across Miller’s second novel. She’s already written an equally lauded book using a similar mythological lens, giving me another trip into the world of Greek myth. I maybe should have rationed this a little better, already depleting this source of great mythological writing until a next novel is written, but it’s hard to feel bad about that, because I’m just glad I got to read another book that I really loved.

The Song of Achilles, as you can probably guess, tells the story of Achilles, one of the greatest heroes in Greek mythology. However, unlike Circe, Achilles himself isn’t the narrator. Instead, the book is told from the prospective of a man named Patroclus, a fellow prince of Greece who was forced to abandon his land and live with Achilles in his home of Phthia, along with several other princes who had to leave their homes. Patroclus was an awkward and somewhat incompetent boy, unable to keep up with the rigorous fighting that was expected of him, possibly because he was forced to compare himself with young Achilles, who was destined to become the greatest Greek hero, a demi-god who is destined to change the course of history. But, strangely, Patroclus and Achilles end up forming a friendship, growing incredibly close to the point that Patroclus tags along with Achilles’ entire life, seeing him train in the art of war, and eventually going with Achilles to learn from the centaur Chiron in the ways of the world. And, in the process, the two end up falling in love, eschewing the anger of Achilles’ goddess mother and becoming romantic partners, leading a life of pleasure and friendship.

However, destiny eventually catches up with them. Because a war has been declared, the greatest war in Greek history, and all because a foreign prince stole the wife of a Greek king. The Trojan War has begun, and even though Achilles did try and hide from being drafted into the war, he’s eventually found out, and brought to Troy, along with his people and Patroclus. Which is where they spend the next ten years of their lives, fighting a never-ending war. And the reason that the war won’t end is because Achilles becomes aware of a prophecy that the war can only end after Achilles kills the great Trojan hero Hector, which would then inevitably lead to his own death and the end of the war. Achilles and Patroclus do everything they can to avoid this prophecy, but it becomes increasingly aware that it’s impossible to defy fate, until they’re finally brought to a climactic event that would destroy Patroclus, Achilles, and the city of Troy. Patroclus is killed in battle, leading Achilles to get revenge and kill Hector, which leads to his death at the hands of Hector’s brother Paris, eventually triggering the siege of Troy thanks to Odysseus’ clever horse plan, and the war is finally ended, with Achilles made a hero, and Patroclus more or less being forgotten.

I just really love this sort of book. Madeline Miller has quickly become a favorite author of mine, and I really can’t wait to see what she has coming next. I really hope it’s a tale of Medusa. But, regardless, I’m going to be eagerly awaiting whatever she has in store, because this novel really just cements the fact that she’s a terrific writer who is doing something really special. I love Greek mythology, and the way that she takes it, views all the different sources and stories, and blends it together in one over-arching tale is truly special. I do prefer Circe to Song of Achilles, but I’ve always been more of an Odyssey guy than an Illiad guy, so I guess that tracks. But, I still really loved this novel, especially the way that we were able to get such insight into the character of Achilles, brought to vivid life by examining his love life, and the way that he tried so hard to avoid destiny.

Destiny has such a massive role in mythology. Everything revolved around prophecies, destinies, and the will of the Gods. Human beings had no real will, they were just pawns of the strange and uncaring world, brought to life by a variety of deities who were as volatile and unknowable as the natural world they found themselves living in. They’re unable to avoid the will of the gods, and just have to accept it. But, like so many great myths, Achilles has no interest in fulfilling his destiny. He wants to be the greatest warrior in Greek history, and he wants to become a hero who will be remembered for centuries. But, he doesn’t want to die. And, not because of any cowardice. Because he isn’t ready to let go of his life and love with Patroclus. Achilles realizes the double-edged sword of this destiny, giving him ever-lasting glory at the expense of his earthly happiness, and recognizes that as incredibly unfair. Anyone in this position would want to fight against their destiny, and in doing so they become the sort of hero that they want to be.

The Song of Achilles was written by Madeline Miller, 2011