Midsommar and the Horror of Intimacy 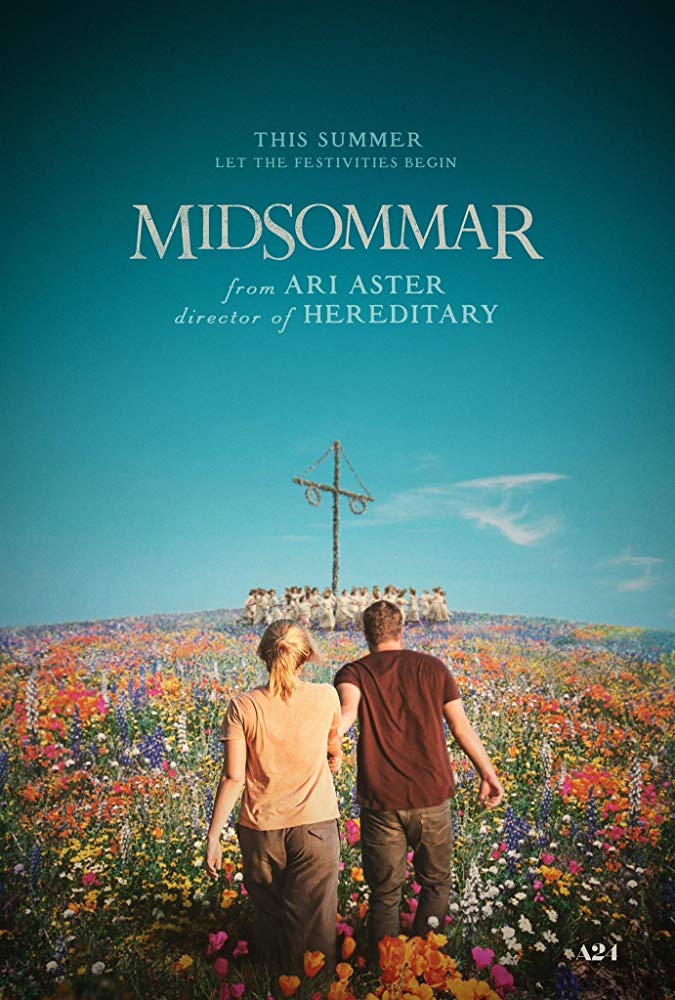 Last year a movie came out that seemed to light the sort of film world that I follow on fire. Ari Aster’s Hereditary hit like a bomb, instantly becoming all anyone seemed willing to talk about, being hailed as one of the most inventive and frightening horror films in recent memory, and just one of the scariest things people had seen in ages. And, while I’ve certainly grown as a fan of horror movies over the last few years, there was no part of me that wanted to check out Hereditary. I have no idea why, but demon stuff has always freaked me out to an unreasonable degree, and I passed on that film hard, spending a majority of the year just hearing people talk about what a genius work it was, while I did my best to think about anything else. But, because I have some sort of diagnosed obsessive disorder, I did end up watching the movie by the end of the year out of some sense of completion, and it’s certainly a hell of a thing. It’s weird, scary, and was able to tackle a very interesting family dynamic that Aster has admitted he purposefully put into a horror movie because otherwise no one really has much interest in slow movies about families. It was an audacious opening film, and certainly made me interested to see what Aster would follow it up with. And, surprisingly, we didn’t have to wait long, because Aster already has his sophomore feature ready, the bright and sunny cult film Midsommar, which immediately looked more up my personal alley. And, it’s a hell of a thing.

Midsommar follows a woman named Dani Ardor who is dealing with quite a bit of psychological trauma after her sister committed suicide while murdering her parents. She’s left in an emotional rut, much to the chagrin of her bored boyfriend Christian Hughes, who had been planning on dumping Dani before the tragedy, and now it just sticking around out of duty more than anything. And, through that he ends up inviting Dani on a trip that he was planning on taking with three of his friends, Mark, Josh, and Pelle to visit Pelle’s ancestral home, a small commune in Sweden in order to celebrate a midsummer celebration that happens once every ninety years. The group awkwardly head to Sweden, with no one really excited to have Dani tagging along, and they make their way to the northern reaches of Sweden where this town, Halsingland, sits. They meet up with Pelle’s brother Ingemar who also brought along some friends from college, and they all start doing mushrooms in the wilderness. Dani becomes pretty worried about this, but plays along as they continue the trek towards the village. And, when they get there, they find the entire community ready for this celebration, complete with old-fashioned costumes and an out-of-time sense of life. Our main characters seem intrigued by this whole thing for a while, until they’re brought to one of the first major events of the festival, which includes two of the oldest members of the village to ritualistically throw themselves off a cliff, committing suicide so as not to be a burden for the village.

Everyone is horrified by this, while the villagers try to calm them down, explaining that it’s a cultural difference. And, because Josh is writing a thesis on this event, he convinces everyone to stay, while Ingemar’s friends supposedly leave and return home. But, as the days pass more and more dangerous things happen. Mark is killed by the villagers after urinating on their sacred tree, and Josh is killed while spying on some of their secret sacred texts, unbeknownst to Dani or Christian. These two are then brought to one of the more important festivities, where Dani and the rest of the women participate in a dance to be crowned the May Queen, while Christian is brought to a special room where he’s drugged and forced to impregnate one of the women in the village. Dani eventually wins the dancing competition, and is made their May Queen, given the power to end the festivities with some human sacrifices. Mark, Josh, and Ingemar’s friends are already counting in the killings, but Dani is given the choice to decide whether Christian should also be included. And, finally realizing what a terrible person he’s been to her, she chooses for Christian to be burned alive with the rest of the sacrifices, embracing her new role in this society. 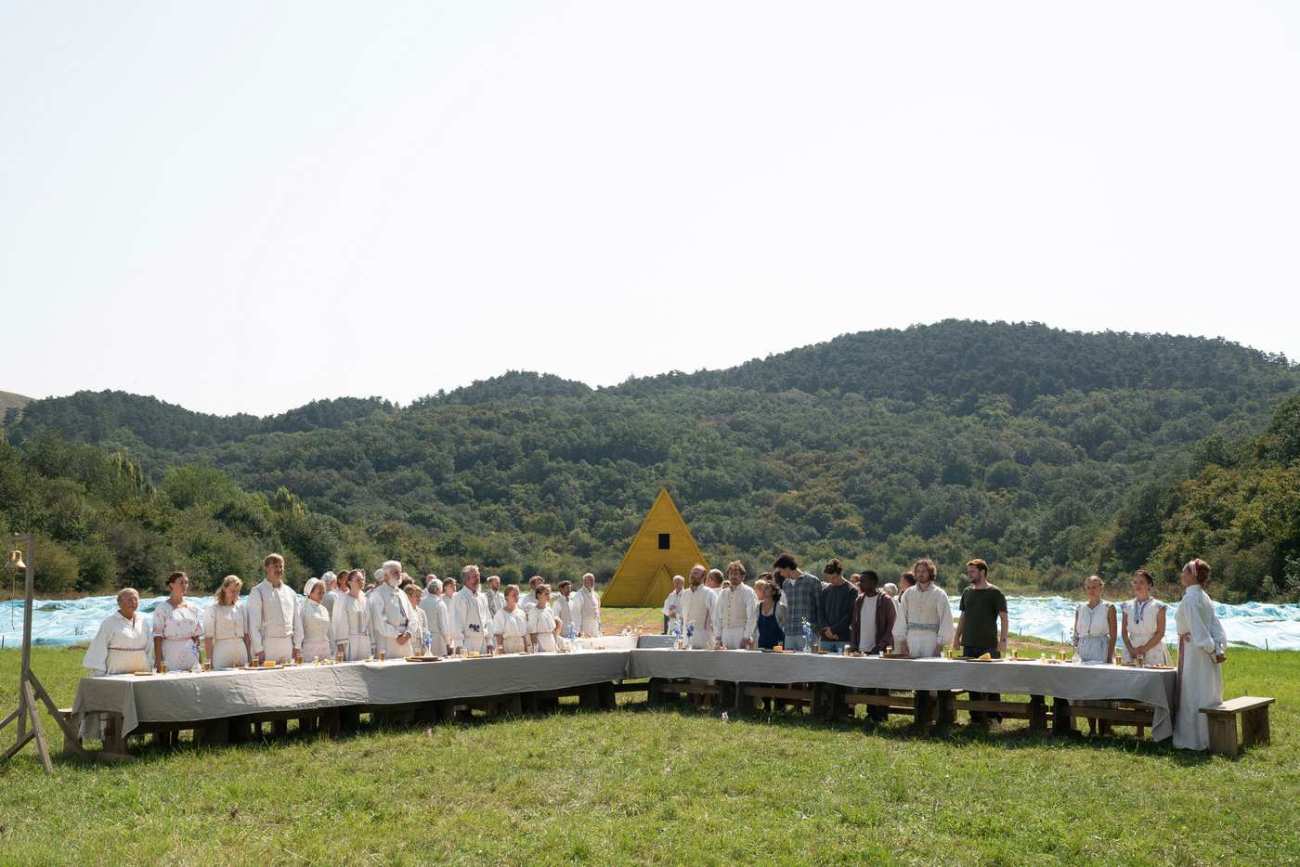 Midsommar is a freaky movie. But, it’s also really funny at times. Ari Aster is able to recognize the strangeness of this very particular form of horror, this folksy terror, and ends up creating a story that really runs you through a gamut of emotions, keeping on the edge of your seat while wondering if the next scene will end with a laugh or a scream. I’ve always found cults to be fascinating, so I was probably always going to be more interested in a horror movie about a deceptively cute Swedish cult than a tale about demonic possessions, and I certainly ended up liking Midsommar a whole lot more than Hereditary. Although, aside from the director, there’s not really a lot to compare the two stories with. They’re very different movies, telling very different sorts of stories, all while showing what a real talent that Ari Aster appears to be, giving us two such fleshed out and fascinating horror films right off the bat, both managing to tell rather interesting stories while featuring some truly terrifying horror. Everyone in the film is terrific, but it’s really Florence Pugh who shines in this film, carrying the entire thing while taking us on this insanely terrifying trip, letting us feel the breadth of emotions that this poor character receives, really becoming an actress that I need to keep an eye on.

The thing that I’ve found most fascinating about Ari Aster’s brief career has been the idea that he’s so fascinated with telling very low-key human tales, but packaging them in horror films in order to get more people willing to see them. He has a point, people just don’t go to the theaters anymore for human dramas, so why not put your thoughts on human suffering and relationships into a monster movie so that more people can see that take. And, while Hereditary seemed fascinated with how a family moves on from a traumatic event, specifically the death of a child, Midsommar seems fascinated with the horror, discomfort, and incredibly difficult nature of intimacy. The entire film really boils down to the relationship of Dani and Christian, two people whose relationship is built on incredibly shaky foundations, and which is threatening to tumble at any moment. Dani is going through one of the most horrible things a person can go through, and she has no one to lean on. Christian doesn’t want intimacy, he doesn’t want any real deep connection. He’s selfish, and clearly has no interest in letting Dani get too deep into his life. And, as a result, she’s just kind of sinking into the morass of her depression while he’s just nominally standing beside her, watching her sink. It’s a really scary concept, giving yourself over to another person, because there are innumerable ways that it could go wrong. But, when it goes right, it’s all worth it. It’s just a shame that Dani wasn’t able to get it right. There would have been less executions by fire.

Midsommar was written and directed by Ari Aster and released by A24, 2019.