Toy Story 4 and Duty vs Happiness 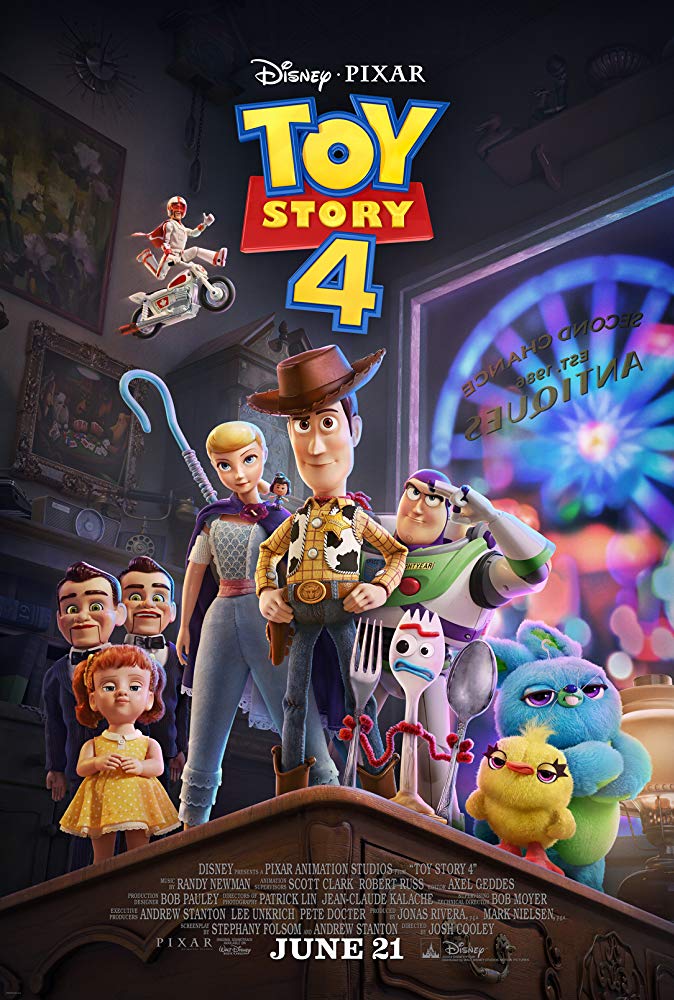 It’s damn-near impossible to create a series of films that can maintain a standard of quality throughout the entire run. More often than not series’ end with a thud, unable to maintain the momentum that they were able to build in the previous installments, making you question the hubris of those involved. But, every now and then, the impossible can happen, and a franchise can end in a way that makes sense, works perfectly, and is actually satisfying. Enter Toy Story, the venerable franchise that helped build Pixar into the dominating studio that has become, which shockingly was able to create three incredibly good films, spread out over several decades, telling one perfect little story that got wrapped up just about as perfectly as you could have expected almost a decade ago with their third installment. Which, of course made almost everyone wary when they announced that Pixar would shockingly be making a fourth entry to the film, once again claiming that this is the new finale of the series. It seemed incredibly risky, hoping to put a cherry on top of a story that had ended wonderfully, and which would now become incredibly precarious. And it doesn’t help that Pixar hasn’t really had the  best track record with sequels, outside of the Toy Story franchise. And yet, even though we’ve been shown time and time again that the folks behind Toy Story know what they’re doing, I was still shocked to find that Toy Story 4 accomplished the impossible, and actually found a new way to continue the story while giving it and even better conclusion.

Toy Story 4 takes place generally soon after the events of the third film, with our lovable toys having been passed down by their original owner Andy to a new little girl named Bonnie. The toys have acclimated fairly well to their new life with Bonnie, befriending her already existing toys and falling into a new standard of life, taking up the job to guiding a new human through life. Well, everyone except Woody. After spending all of Andy’s life as the favorite toy, and de facto ruler of his little community, he’s having trouble dealing with his new diminished role. But, he finds a new purpose after accompanying Bonnie to her first day of kindergarten when she comes home with a new friend, a handmade toy she named Forky. Forky is essentially just some trash glued together, and when he gains sentience he’s not exactly happy about it, insisting that he shouldn’t exist, and that he should go back to being trash. But, Woody recognizes that importance that Forky will have in Bonnie’s life, and takes it upon himself to take care of Forky and push him into the fold of being a supportive toy. Which, proves to be quite a bit of work, especially when Bonnie learns that she and her family are going on a road trip. Woody spends the entire trip trying to keep Forky safe, only to find him get lost in a small town.

Woody has no choice but to leave his friends behind and attempt to find Forky before the family leave the small town and Bonnie is crushed. And, while looking for Forky he ends up entering an antique store which is controlled by a baby doll named Gabby and her army of ventriloquist dummies. She has Forky, but will only give him back to Woody in exchange for Woody’s voice box, which she thinks will finally find her a human to love. Woody is against this, and is forced to flee from the antique store, where he runs into someone surprising. His old flame, Little Bo Peep, has been living in this small town for the last few years, serving as a lost toy who spends her time taking care of other broken and forgotten toys and trying to help them. Bo tries to convince Woody into joining her on this mission, but he remains resolute, coming up with a series of heists involving Bo Peep, a Canadian stuntman toy named Duke Caboom, Buzz Lightyear, and a pair of stuffed animals named Bunny and Ducky, which eventually does end with Woody rescuing Forky. He even finds a compromise with Gabby, helping give her her dream. And, in the process, Woody realizes that it’s time for him to move on. He says goodbye to his friends, and beings a new life with Bo Peep, travelling the world and helping people on his own terms, earning his rewards.

Going into this film, I was incredibly dubious towards whether this film would be able to justify its own existence. And yet, I was really blown away by this movie. It wasn’t at all what I was expecting, and ended up becoming a shockingly low-key sequel. A majority of the classic characters really aren’t involved, and it ended up becoming a character piece with Woody, which weirdly became exactly what I wanted from this movie. Woody was always my favorite character growing up, and this film gave his character arc a surprisingly satisfying conclusion, all while telling a fun little story that doesn’t feel tacked on, like I was incredibly worried it would. It’s just a sweet little coda to a stellar series of films, that sends a majority of the characters back to where they were at the beginning of the film, while giving Woody an amazingly sweet little ending.

I had no idea what to expect from a fourth Toy Story film. The movies, while frequently revolving around the same premise of “the toys go somewhere new that’s initially inviting but turns out hostile,” has also been quite skilled at swerving expectations and using that standard premise to tell very inventive and weird stories. And, based purely on the trailers, I kind of expected this film to become a weird metaphysical ramifications of these films, looking at Forky and what make a bunch of trash suddenly a toy, and where that innate duty to help children comes from. And, it certainly does dip its toe into that potentially insane territory. But, the film weirdly abandons a lot of that potentially existentially dreadful ground and ends up landing in a territory that was surprisingly familiar to me. Because, in a complete surprise, Sheriff Woody and Captain America had very similar final moments in film this year. Both of them have been characters of impeccable morality, who have devoted their life to a deceptively simple concept. Duty. Woody believes wholeheartedly that it’s his duty, and his role in life, to take care of his human Andy. We’ve seen him constantly put through the wringer in these films, giving the opportunity to just give up and lead a perhaps simpler life, but he always goes back to his duty. And yet, by the end of this film, Woody realizes that his obsession with duty is really only his obsession. He doesn’t need to lead a slavish life to duty, only thinking of others. He has done good, and he deserves to live his life in his own way. He still finds a way to help kid, his true nature, but he finds a way to do it on his terms, to embrace duty while also embracing happiness. And, weirdly, I couldn’t be happier for him.