The Beach Bum and Narrative Avoidance 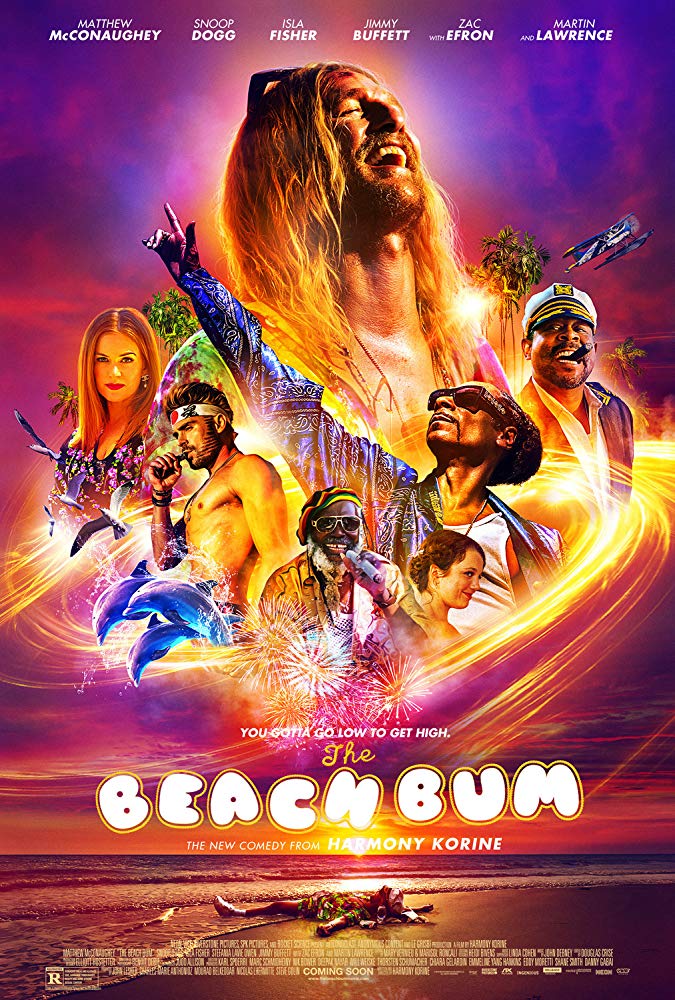 There can be certain creators that just never get on your wavelength. It’s not a bad thing, everybody’s different, but it can be a little confounding when you see praise heaped upon someone whose work just doesn’t seem the slightest bit interesting to you. There are a lot of directors who get hailed as geniuses by film fans that I’ve never had any real initiative towards checking out, and one of them happens to be Harmony Korine. I’ve heard great things about his films, but I’ve never seen any of them, and the general vibe of his movies just turns me off. Which, can certainly be considered a failing on my part, never actually having given any of them a shot and just judging films I’ve never actually seen, but I’ve always felt like his movies just wouldn’t connect with me. But, then I started hearing about his latest film, the Beach Bum, and just couldn’t help myself from getting intrigued. And, ridiculously enough, a substantial part of that interest comes from the truly bizarre cast that Korine wrangled for this movie. Anything with Matthew McConaughey, Snoop Dogg, Zac Effron, and Jimmy Buffett is going to be a movie that would have to be seen to be believed. So, I decided to broaden my horizons and go check out the Beach Bum. And, I’m so glad I did, because this movie is certainly a unique experience, and I feel like I kind of loved it.

The film follows a burn-out poet named Moondog, living a life of hedonism in the Florida Keys, ostensibly working on a new book of poetry. He used to be very well-regarded, earning him fame and money, but now he’s just kind of become a bum, drifting around the Keys getting high and having sex, all while becoming a local legend, just wandering around and getting involved in other people’s lives. But, after getting a call from his rich wife Minnie to remind him his daughter Heather is about to be married, he decides it’s time to leave the Keys and return to Miami. So, Moondog sails to Miami and arrives for the wedding of his fairly straight-laced daughter Heather, before taking his excuse to celebrate with Minnie and their friend Lingerie, a famous rapper. However, during the party Moondog realizes that Lingerie and Minnie have been having an affair, and unable to deal with these emotions he flees from the party and begins wandering Miami. Minnie eventually finds Moondog though, and the two end up quickly reconciling before getting incredibly inebriated and driving around the city together. Which, shockingly, was a bad call. They get in a car accident that leaves Moondog pretty unscathed, but kills Minnie.

Moondog is adrift after Minnie’s death, and that becomes an even bigger problem when he learns that her will had a stipulation that he won’t get any of her money unless he finishes his book. And, since he survives solely off her money, it becomes apparent that Moondog is going to have to finally finish his book. However, he doesn’t respond well to pressure, and after getting a drunken band of homeless people to trash Minnie’s mansion, Moondog is ordered to go to rehab by the court. Unfortunately, he almost immediately meets a fellow addict named Flicker who convinces Moondog to escape with him. The two go on a tear through Miami, robbing the elderly, hiring some prostitutes, and just generally having a lost weekend. Eventually though Moondog decides it’s time to move on, and he ends up running into an old acquaintance named Captain Wack, a Vietnam vet who runs a less than legitimate dolphin watching excursion company. Moondog starts to work with Wack, but almost immediately Wack’s foot is bitten off by a shark he mistakes for a dolphin, sending Moondog out into the world again. He then ends up returning to Lingerie, and the two reconcile over his affair with Minnie. And, with the help of Jimmy Buffett (playing himself) the three concoct a plan to fly Moondog out of Miami and back to the Keys with a substantial amount of weed in order to get his creative juices flowing. And, it succeeds. Moondog is finally able to finish his book, which goes on to win a Pulitzer, and officially earn his inheritance. And, after getting his money he hosts a massive fireworks display that ends with him blowing a boat with all the money in it up. And, the film ends with Moondog drifting away in a dingy, presumably ready to continue having adventures. 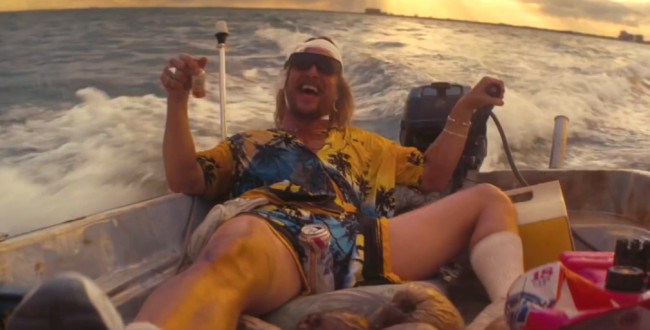 I really had absolutely no idea what to expect with this movie. The general vibe I’d gotten from Harmony Korine was that he made rambling, plotless movies that could perhaps be considered art films, but that were saturated with a grungy depravity that kind of keeps him from that world. A hybrid of Terrence Malick and John Waters. And, that actually is kind of what the Beach Bum ended up feeling like to me. But, while I had assumed that I would not be into that sort of movie, I was shocked to find myself very easily drawn into the bizarro world that Korine was creating, getting swept up in the rambling misadventures of Moondog the burnout poet. It’s a hard film to describe, because nothing much happens, but it’s still an incredibly engrossing time. The film is drop-dead gorgeous, featuring some of the most beautiful night-time shots I’ve seen in years, filming southern Florida in an incredibly loving manner, warts and all. And that cast is an absolute revelation. McConaughey has been having a very up-and-down career lately, but he’s truly remarkable as Moondog, leaning into his own goofy sterotypes while also giving the character a shocking amount of depth when needed. And, basically everyone is just a cartoon character, but in the most enjoyable way possible. Isla Fischer is hilarious as Minnie, just rolling with all the insanity around her and living her bliss. Snoop Dogg was great as Lingerie, even though it does feel a little weird that he’s not playing himself while Jimmy Buffett is. And it’s a real question of whether Martin Lawrence or Zac Efron put in better bizarre supporting performances, just showing up for a few scenes a piece and completely dominating the screen whenever they’re there. It’s a vivid and strange world that we get to witness Moondog stagger through, all while avoiding any sort of plot.

I’ve talked a bit before on this site about my personal affection for a type of story I like to call “the accidental detective,” stories where an ordinary person is suddenly thrown into a crime plot and forced to sink or swim. And, weirdly this film feels very similar to that, but Moondog finds himself becoming an accidental protagonist. He just seems to drift in and out of people’s lives, while not getting the chance to be his own person, and then spends this entire movie rejecting any sort of call to action he receives. Moondog just drifts around, encountering a litany of strange people leading strange lives that easily could have spun into whole adventures. But, instead he just hangs out with them for a while, and moves on, a guest star in their story while never quite finding his own story. The larger plot of Moondog just trying to finish his book is certainly there, but it’s just the barest plot to hang up his many adventures on. And, while I feel like that would normally drive me insane, just an aimless film with no real direction or purpose, this film is completely saved by Matthew McConaughey’s performance. He brings Moondog to life in a way that you can’t help but love going on his weird little adventure, and I ended up finding it oddly endearing to see a protagonist this deadset on avoiding any plot advancement. He’s living the life he wants to live, and we get to go along for the ride, having a hell of a time.

The Beach Bum was written and directed by Harmony Korine and released by Neon, 2019.