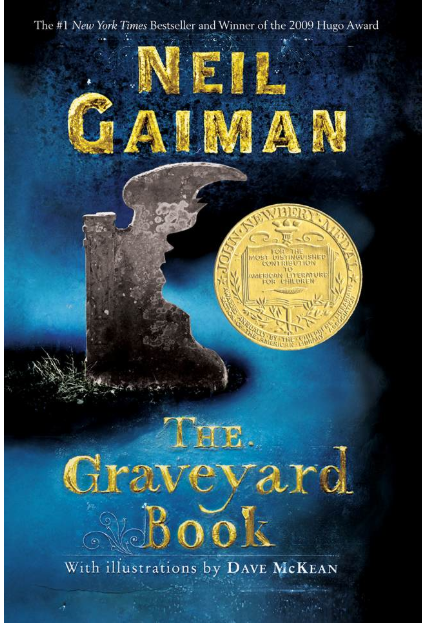 I’ve always been a big fan of mythology and fables. From a young age I became fascinated with these stories, learning about the tales of larger than life figures who exist beyond the bounds of human life and knowledge. And, as I grew older, that fascination with myth ended up getting me drawn into the work of Neil Gaiman. Gaiman is a creator that I’m not quite sure how the general public feels about, but he’s always been a writer that I’ve enjoyed quite a bit. My first foray into his work was through the Sandman comics, taking everything I love about mythology and using it all to tell a very human story, attempting to blend together several different mythological ideas while functionally creating his own mythical world. And, from there, I began moving around Gaiman’s prose work, which by and large covered very similar ground. Books like American Gods took that fascination with mythology and the modern world and ran with it, while stuff like Stardust and Neverwhere went in more humanistic directions, telling stories that didn’t have the grand scope of Gaiman’s more mythic stories, falling more in line with the world of fables. And I really love that side of Gaiman, trying to find a way to tell a modern story in a way that’s timeless, and takes on the feeling of a story that’s been told for decades if not centuries. And, since it’s the Halloween season, I decided to check another book off of Neil Gaiman’s bibliography and check out the Graveyard Book, an attempt to do that very thing.

The Graveyard Book is a story heavily influenced by Rudyard Kipling’s the Jungle Book. But, instead of telling the story of an orphaned boy raised by the various animals who live in the Indian jungle, this book tells the story of an orphaned boy raised by the various supernatural entities that live in a massive British cemetery. The boy in question, Nobody Owens, came into the graveyard as a toddler the night that a mysterious man killed his entire family. The man who killed them, known as Jack, attempted to kill Nobody as well, but was stopped when a series of ghosts in the graveyard decided to take care of the boy, sealing him off from the rest of the world. Nobody, or Bod as he’s called, is then raised as a member of the graveyard, getting into a long series of adventures, learning how to survive as the only traditionally alive citizen of the graveyard. His parents are a pair of ghosts, he becomes the ward of a stoic vampire named Silas, he befriends the spirit of a poor girl who was executed as a witch, and even gets some tutoring from a werewolf. We follow Bod through several small adventures, fighting goblins, encountering a Druidic beast that lives under the graveyard, and even befriends a young girl named Scarlet before she moves away.

But, after following Bod through several years of life in the graveyard, seeing his trials and tribulations, everything comes to a head in the final tale of the book. It all begins when Scarlet moves back to the town that the graveyard is in when she’s a teenager, rediscovering the strange boy that she always assumed had been an imaginary friend. However, she’s not the only person who has returned to the town, because the man called Jack has returned as well, scouring the graveyard for the boy that escaped his grasps so many years ago. Jack works for a mysterious cabal of men looking to gain omnipotence by sacrificing Bod, leading to a massive battle in the graveyard. Bod is able to use every little trick and bit of knowledge that he gathered in his years in the graveyard, and eventually is able to defeat Jack and his cohorts, saving the graveyard and his own life. And, in the process, he proves to the rest of the graveyard that he’s ready to leave their comforting embrace, and try to start his own life in the world.

There’s a part of me that will never get over my fascination with the macabre that I built up in my middle school days. This book is certainly meant for a younger audience, and I’m sure if it had come out when I was a kid it would have been my favorite book. The idea of re-telling the Jungle Book in a context full of monster, goblins, and ghouls can seem a little silly now, but as a kid I’m sure I would have eaten this all up. As it stands this is a fun and breezy little book, full of easily digestible morals and platitudes, and a whole lot of love for the types of monsters that have stuck around in the human consciousness for ages.  And it all comes together to become a delightful little fable. The sort of simple, engaging, and fun little story that we can give children to read, telling them that they’re got to figure out how to be their own people, that it’s okay to be weird, and that it’s important to face death and gain a healthy understanding of it. I don’t know if I got a whole lot out of the book, being a grown ass man, but this is the kind of book that I can’t wait to share with a future child, sharing with them something special.

The Graveyard Book was written by Neil Gaiman and published by Harper Collins, 2008.