The Colliding Worlds of Bad Times at the El Royale 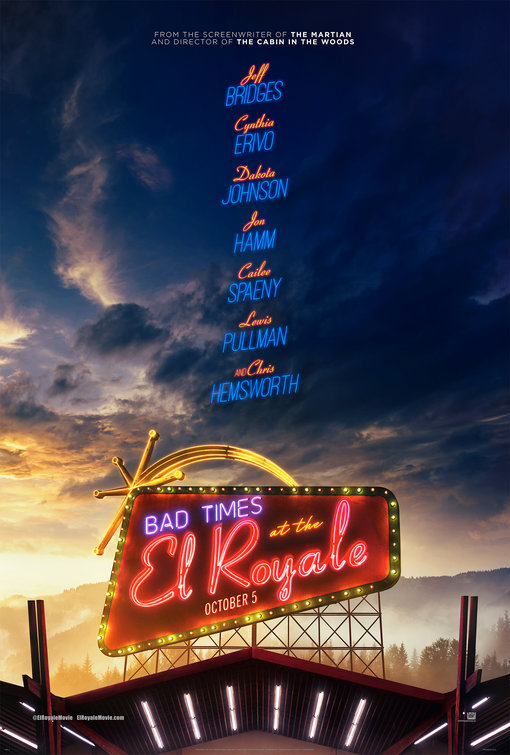 As someone who watches an upsetting amount of movies every year, it can be hard to remain excited about the medium. Because for every movie I love, there’s another Venom waiting out there to bum me out. You also start to recognize the fact that the folks who are in charge of marketing for movies are often very good at their jobs, and are able to make movies that are in fact not that great look like something you’re going to love. So, it’s a special case when you learn about a movie and realize almost instantly that it’s going to be something you’re going to love. You have to take most things with a grain of salt these days, and time and time again you may get proven wrong. But, every now and then you actually can find a movie that is so completely on our wavelength that it seems custom made for you. And, from the very first time I heard about Drew Goddard’s Bad Times at the El Royale, I felt like I had something special on my hands. It’s been a great year of American cinema, we’ve been given a lot of really wonderful films, and some truly terrific smaller-scale stuff that has really been sliding under the radar. But, I feel pretty confident in saying I may have found my favorite film of 2018. Not the best necessarily, but so far in a year of stellar movies, nothing has hit me on such a personal level as this fascinating little oddity.

The film takes place in the titular El Royale, a motel near Lake Tahoe that straddles the California and Nevada border, letting lodgers chose which state they’d like to stay in. The motel used to be quite a destination, but has fallen on seriously hard times, resulting in only four lodgers taking up residence in the El Royle on fateful evening. There’s Father Daniel Flynn the aging Catholic priest, Darlene Sweet the struggling soul singer on her way to a show in Reno, Laramie Seymour Sullivan the smooth-talking vacuum salesman, and Emily Summerspring a surly hippie who is trying to keep her head down. All four people are shown to their rooms by the odd man who works there alone, Miles Miller, and we slowly start to unravel everything we just learned about these people. Because other than Darlene Sweet, none of these people are as they seem. First off, we learn that Laramie is actually Dwight Broadbeck, an FBI agent who has been tasked with investigating the motel, which has been used by spy on famous patrons for years. He encounters a whole litany of surveillance equipment inside the motel, culminating in the discover that every room contains a one-way mirror so that people can spy on the lodgers at any time. And, in the process of finding these mirrors he learns that Emily has apparently kidnapped another young woman, and has her tied up in her room. He makes a report to the FBI, and decides to go against direct orders, intervening in the kidnapping, and getting a chest-full of buckshot in the process.

And they aren’t the only ones hiding something. Because it turns out that Father Flynn isn’t the kindly old priest he makes himself out to be. He’s actually an aging bank robber named Donald O’Kelly who has been recently released from prison and is trying to locate the last score that he and his brother pulled off. His brother Felix hid a massive amount of cash under the floorboard of the El Royale, and was promptly murdered, ten years ago. The only problem is that O’Kelly is suffering from Alzheimers, and doesn’t quite remember which room the money is stashed in. But, he ends up making an alliance with Darlene, after unsuccessfully trying to drug her, and the two dig up the cash and plan to go their separate ways. Unfortunately, that plan is ruined by Emily’s little sister, the girl she appears to be kidnapping. Because her sister, Rose, has been a member of a cult for several years, led by a man named Billy Lee. Emily has been worried about Rose for a while, but the cult has recently turned murderous, and she’s decided to free her. But, Rose isn’t a fan of that plan, and she’s gotten in contact with Billy Lee, leading him and his cadre of followers to the El Royale. They invade it just as O’Kelly and Darlene are attempting to flee, and round everyone up. Billy Lee then begins intimating Emily, O’Kelly, Darlene, and Miles, preparing to kill them. He murders Emily, causing O’Kelly to decide things have gone far enough. He attacks Billy Lee, and they get some surprising help from Miles, who turns out to be a psychologically scarred Vietnam vet with a lot of sniping experience. Together they manage to kill all the cult members, losing Miles in the process. O’Kelly and Darlene then leave the burning husk of the El Royale with the stolen money, ready to make the most of their lives. 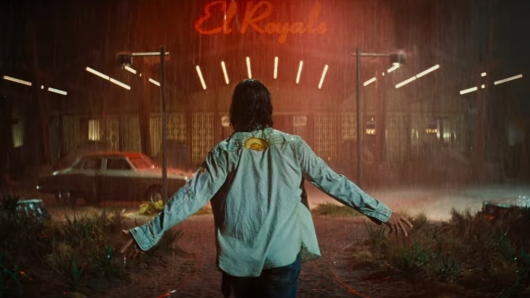 It’s rare that I come across a movie like Bad Times at the El Royle, where I come in excited, spend the entire movie with a smile plastered on my face, and leave knowing I just watched one of my favorite movies of the year. I know that the film hasn’t been hitting everyone as well as was intended, but this film was legitimately checking off all of my boxes, giving me an experience I haven’t had in ages. It’s a crazy story about a bunch of criminals, full of cheesy sixties aesthetics, full of soul music, and featuring a smattering of my favorite actors currently working. And I loved it. The film’s a tad over-long and has some strange pacing flaws in the middle, but none of that’s able to drag down this wonderful little film for me. I loved Goddard’s Cabin in the Woods, and I’ve been fascinated to see what he did next. And this film wasn’t really what I was expecting, but I’m so glad it’s what we got. It’s full of great performances, great music, great set design, and it manages to pull off the complicated, out of sequence narrative that people so often identify with Quentin Tarantino in a way that outpaces all the other competitors, and even some of Tarantino’s own work.

And perhaps the craziest thing about Bad Times at the El Royale, and the thing I love most about it, is the fact that it’s full of stories that could be their own terrific films, all smashing into together. An aging bank robber with a memory disorder trying to find the last big score to prove to himself that he still has a purpose in the world? Yeah, I’d watch that. A woman hunts down the cult that stole her sister, thus earning their wrath? I’m pretty sure I’ve seen that movie. An idealistic young singer eschews the traditional path of success to forge a more personal and dignified career? Sounds like a sure-fire crowd pleaser. And an FBI agent uncovering a vast counter-conspiracy designed to provide blackmail against the most famous and powerful people in America? Dads would love it. This film takes all of these ideas, and has them collide in one tacky motel, in a way that probably shouldn’t work. But it ends up working perfectly. We get a cast of fascinating characters, all thinking that they’re the lead in their own disparate films running into each other and forming a larger story bigger than any of them. Which is just wonderful to me. The world is built off of people whose stories intermingle and ricochet off of each other, and this film is able to take that premise and run with it, crafting one of the best crime films I’ve seen all decade.

Bad Times at the El Royale was written and directed by Drew Goddard and released by 20th Century Fox, 2018. 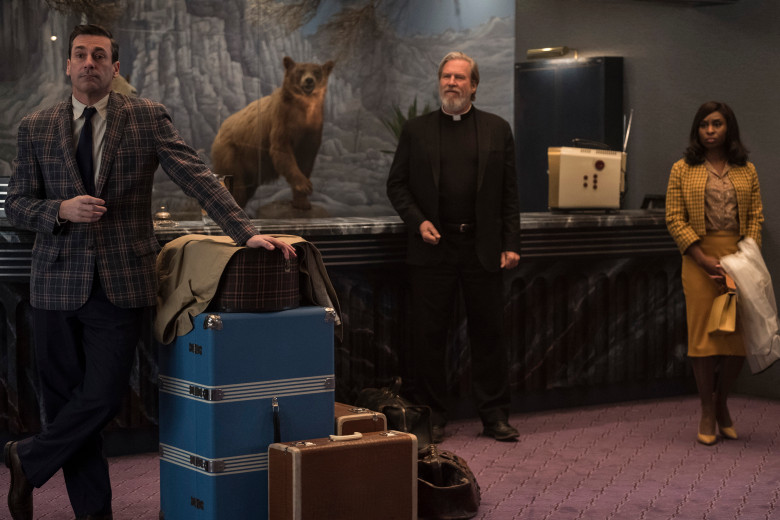