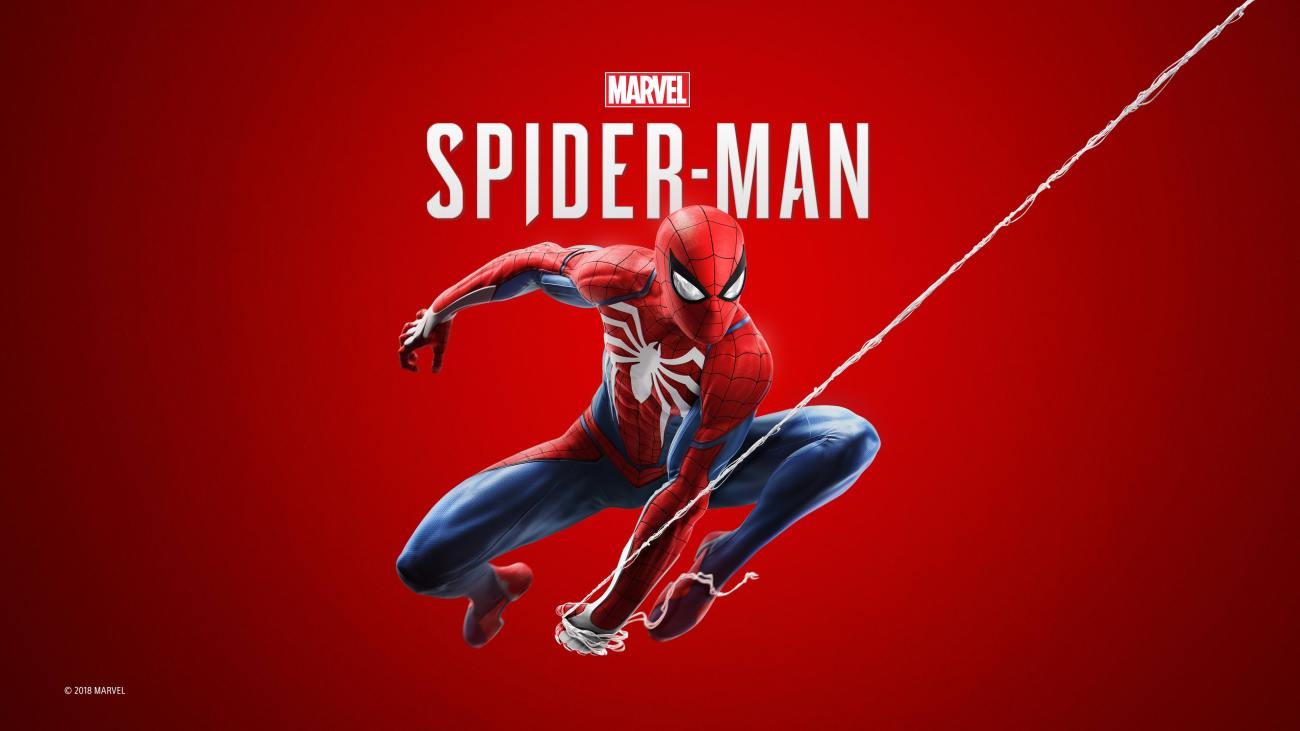 Hey, have you all heard that they made a new Spider-Man game? It was kind of under the radar, didn’t really hit the internet by storm. Oh wait, no, it was actually a monumentally huge success and completely dominated the internet for an entire weekend when it was released, to the point where it felt like literally everyone I know both in reality and on the internet was doing nothing but web-slinging around the streets of Manhattan. And, striking while the iron is already cooling, I’m here to talk about it! As you may know if you’ve spent much time on this site, I don’t talk about video games that often. I’ve only written one other article about one before, and that was ages ago. And, the reason for that is pretty simple. I’m not much of a gamer. I certainly play video games, but with all the ridiculous projects I have going on this site I rarely find time to just plop down and play a game start to finish. The draw of movies from fifty years ago, absurd Marvel comics, and the endearingly repetitive adventures of Batman keep me from playing a lot of games, other than my beloved Overwatch, and when I actually do find the time to play a game I frequently find myself dropping off like half-way through when more pressing things crop up, usually to never return. But, I decided to make an exception in this game’s case. Because this game looked like something special. I love Spider-Man, this game seemed heavily influenced by the Arkham games that I love so much, and I have a serious nostalgia for some of the older Spider-Man games. All of that combined to guarantee my interest in this game, to the point where I actually completed it! And you know what? I loved it!

The plot of Spider-Man is pretty straight-forward, even though certain elements of it kind of drove me insane. This is a Spider-Man who has been operating for eight years, and has fought a handful of big-deal supervillains, while never having encountered some other classic villains. Norman Osborn is the mayor of New York, and doesn’t seem to have ever had any Goblin issues. Peter is currently working for a mentor, Otto Octavius, trying to invent a new type of prosthetic limb. He’s recently stopped working for the Daily Bugle, and has broken up with Mary Jane Watson, who is a reporter in this world. Peter is struggling to keep the various parts of his life stable, as usual, and when the game begins he’s scored a pretty massive coup in his war on crime. Because together with a friendly police detective named Yuri Watanabe he’s gathered enough evidence to bring down Wilson Fisk, the Kingpin. Spider-Man is integral in defeating Kingpin, and gets to enjoy spending time in a city that isn’t in the clutches of a massive crime-lord. However, pretty quickly, we see that a power vacuum has occurred, and that void is being filled by a Chinese gang of masked criminals called the Demons. Spider-Man starts investigating the Demons, and eventually discovers that they’re led by a prominent philanthropist named Martin Li, who Aunt May happens to work for. Li has some strange superpowers that allow him to blast energy from his hands while also manipulating people to become their worst selves, earning him the name Mr. Negative. And he has a plan to steal a biological weapon created by OsCorp known as the Devil’s Breath that Li plans to release in New York, earning some revenge against Norman Osborne, his bitter enemy. Spider-Man has to race around the city, with the help of Mary Jane, before finally finding Mr. Negative’s plan to release the bioweapon in Grand Central station. And, after a massive fight, Spider-Man is able to defeat Mr. Negative, save the city from the bio weapon, and seems to have won the game. Things slow down a bit, you mend some fences with MJ, hang out with Aunt May, and get to know Miles Morales, a teenager whose father was killed by Mr. Negative.

But, right as you’re starting to wonder how this game is this short, Peter decides to check in on Otto, who he’s been visiting occasionally throughout the game. And things aren’t good. Otto has created a new type of prosthesis, four giant tentacles, and has begun experimenting on himself to get them to to work with his brain. Peter’s incredibly worried about this, and does his best to convince Octavius to stop using his tentacles. Unfortunately, a few days later, Peter learns about a massive prison break on Ryker’s Island. He gets to the jail, and as he starts to fix things he sees that a similar event is going on at the Raft, the supervillain prison that holds his greatest foes. Spider-Man goes to investigate, and ends up being attacked by a team-up of his deadliest super-foes, Electro, the Rhino, Scorpion, Mr. Negative, and the Vulture. And, just as he’s about to be defeated, a new villain arrives, revealing himself to be the mastermind. Doctor Octopus! Apparently Octavius has continued using his tentacles, and the prolonged usage has driven him mad, to the point where he’s broken out a bunch of supervillains, created the Sinister Six, and plans on releasing the Devil’s Breath on New York to punish it. Spider-Man barely escapes this confrontation, and starts working to take down his six greatest enemies, slowly cleaning up the streets before encountering Octavius himself atop OsCorp’s skyscraper. The two fight, and Spider-Man is eventually able to defeat him, taking an antidote to the Devil’s Breath and helping spread it through New York, saving the city. 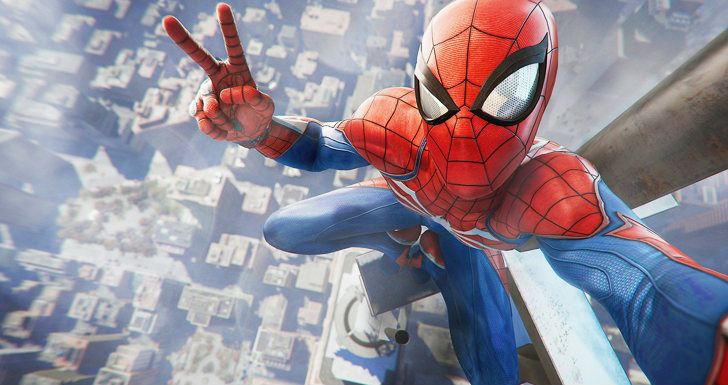 I had an absolute blast with this game. There are some issues, but it was an incredibly enjoyable time, and gave me a very satisfying Spider-Man story that makes enough changes to be its own thing, while also remaining satisfyingly familiar. I know that people have quibbled over the fact that there’s not much new in this game, and pointed out that the massive success of the game is a rather damning indictment of people’s lack of interest in innovation. And, that’s kind of hard to deny. This game is essentially a carbon copy of something like Arkham City, just with Spider-Man instead of Batman. And, yeah, it would be nice if a game was this accepted that tried something new, but this game is able to take a tried and true formula and just gave us a new experience on top of it. And it was a lot of fun! I loved the way they used these characters, and honestly found some of these interpretations even better than normal. Mary Jane is essentially Lois Lane in this game, and I think that that’s a fascinating fit for the character, and one that I really would love to see again. Yeah, it can be a tad frustrated as a huge Spider-Man dork to play the game and become confused about what has and hasn’t happened in the reality of the story, leaving me to wonder every time Norman Osborne is on screen if he’s secretly been terrorizing the city as a Goblin man. But that’s my own issue. Taking that out of it this is an incredibly fun game, full of plenty of goofy side-quests to complete, all while telling one of the better Sinister Six stories I’ve seen in ages.

But one of the things that I found myself most drawn into this game by were the things you could do outside of the main plot. I really enjoyed the story of this game, but it’s kind of a typical Spider-Man event. There’s massive stakes, a lot of dramatic action, and some solid pathos. But, in between all of that, you’re encouraged to web-sling around the city, being a different kind of hero. You can walk around the streets talking to people, learning about minor crimes occuring in the neighborhood. You can take on little side-quests to help people out, including a homeless veteran whose wife has recently died and whose prized pet pigeons have gone missing. A significant amount of the story takes place in a homeless shelter that Aunt May works at, helping people out who have been given a rough shake at life. Yeah, you’re also fighting a giant crazy octopus man with a bio-weapon, but every now and then you get to put that aside and just be a friendly neighborhood Spider-Man. Because while Spider-Man certainly can be a hero that can save the world from a supervillain’s evil plot, he honestly works best as a down-on-his-luck street-level hero. He’s just an average guy, with superpowers, who lives his entire life around his mantra of responsibility. And that responsibility doesn’t just pertain to stopping supervillains. It also applies to helping out his neighbors. And that’s something that I really loved. Spider-Man isn’t a superhero for the fame or appreciation, he doesn’t just want to stop supervillains, he just wants to help people any way he can. And this game brings that aspect of Peter Parker to life better than I’ve ever experienced before.