Several years ago, when I first decided to make the transition from physical books to ebooks, I trolled around Amazon looking for cheap ebooks that looks interesting. And, despite the advice of the old adage, I often find my eye being caught by the covers of books, figuring that the graphic design people behind these books should at least be giving a somewhat related aesthetic to the book inside. And, on one of those trips through the vast expanses of Amazon’s ebook collections, I came across a novel by Patrick DeWitt called the Sisters Brothers. The cover, which is the one Wikipedia uses, immediately caught my interest, and I ended up picking the book up, really not knowing much about it besides the fact that it was a Western. And, almost from the first page, I was hooked. The novel was fascinating, and ended up becoming one of my favorite books in recent years, telling the story of two violent brothers just trying to make their way in the rough and tumble world of the Old West. I really enjoyed the book, and over the years I’d heard some rumblings that it was going to be adapted into a film. Which made sense, it’s a very cinematic story, and seemed perfect for an adaptation. And, after several years of development, it’s finally here. In a time where a funny, dark, and just generally unexpected Western is most needed, we’ve been given a film based on a book I love, which has already become one of my favorite films of the year.

The Sisters Brothers follows Eli and Charlie Sisters, two brothers who operate as mercenaries for a crime-boss operating out of Oregon City called the Commodore. Eli is more mild-mannered and dreams to ending his life of murder and crime to marry a schoolteacher back home, and Charlie absolutely loves his life, hoping to take over for the Commodore some day, by any means necessary. And, as the film begins, Eli figures that he only needs to do one more job before having enough money to end this life and get on the straight and narrow. And, it seems like a simple job. The Commodore has learned about a chemist named Hermann Warm and has requested that the Sisters Brothers track Warm down and torture a specific formula out of him. The Brothers are aided in this task by a man named John Morris who works as a private detective for the Commodore and who is several days ahead of the Brothers, hunting down Warm so that they can arrive and do what they do best. The Brothers start heading south to California, where Warm is supposedly heading, bickering the entire time. Unfortunately, they start to piece together that things may not be as they seem. Because at some point they get a letter from Morris that says he completely lost Warm, suggesting that they just give up on the hunt. Which immediately strikes the Brothers as bullshit. Morris has joined up with Warm.

The Brothers start looking for a lead on both Morris and Warm and end up finding a small outpost called Mayfield, which is completely ran by a trans woman crime boss, who almost immediately tries to kill the brothers. They fight off her men and figure out that Morris and Warm are headed to San Francisco, where Warm has developed a special technique to pan for gold easier. The Brothers then make their way to San Francisco, and follow the trail out into the wilderness where Warm and Morris have set up their operation. The Brothers are then caught sleeping by the men, and held captive, until Mayfield’s men arrive to kill them all. The Brothers then enter into an agreement with Morris and Warm, kill off Mayfield’s men, and start working together. Warm has created a special formula that reacts with the gold in rivers, causing it to glow, making it easier to find. The chemical is quite caustic though, and it requires a lot of set up, so the Brothers, Morris, and Warm end up spending several days together, gradually becoming friends. However, when the night arrives to use the chemical, disaster strikes. They’re able to get quite a bit of gold, but Charlie becomes too greedy and pours more of the chemical into the river, burning his arm and covering both Warm and Morris in the caustic sludge. The next morning both men die, and Eli is forced to bring Charlie back into town so he can have his arm amputated. Which, really destroys Charlie. Eli then decides the needs to put his plans on hold, and take care of his brother. So, Eli and Charlie head back to Oregon, figuring that the Commodore will now be furious at them, and try to kill them. They fight several waves of other assassins that the Commodore sends their way, but when they finally get to Oregon City they find something shocking. The Commodore has died. So, with no one else really caring about them, the Sisters Brothers return home with their ill-gotten goods and spend some time with their mother, working on leaving their violent pasts behind them. 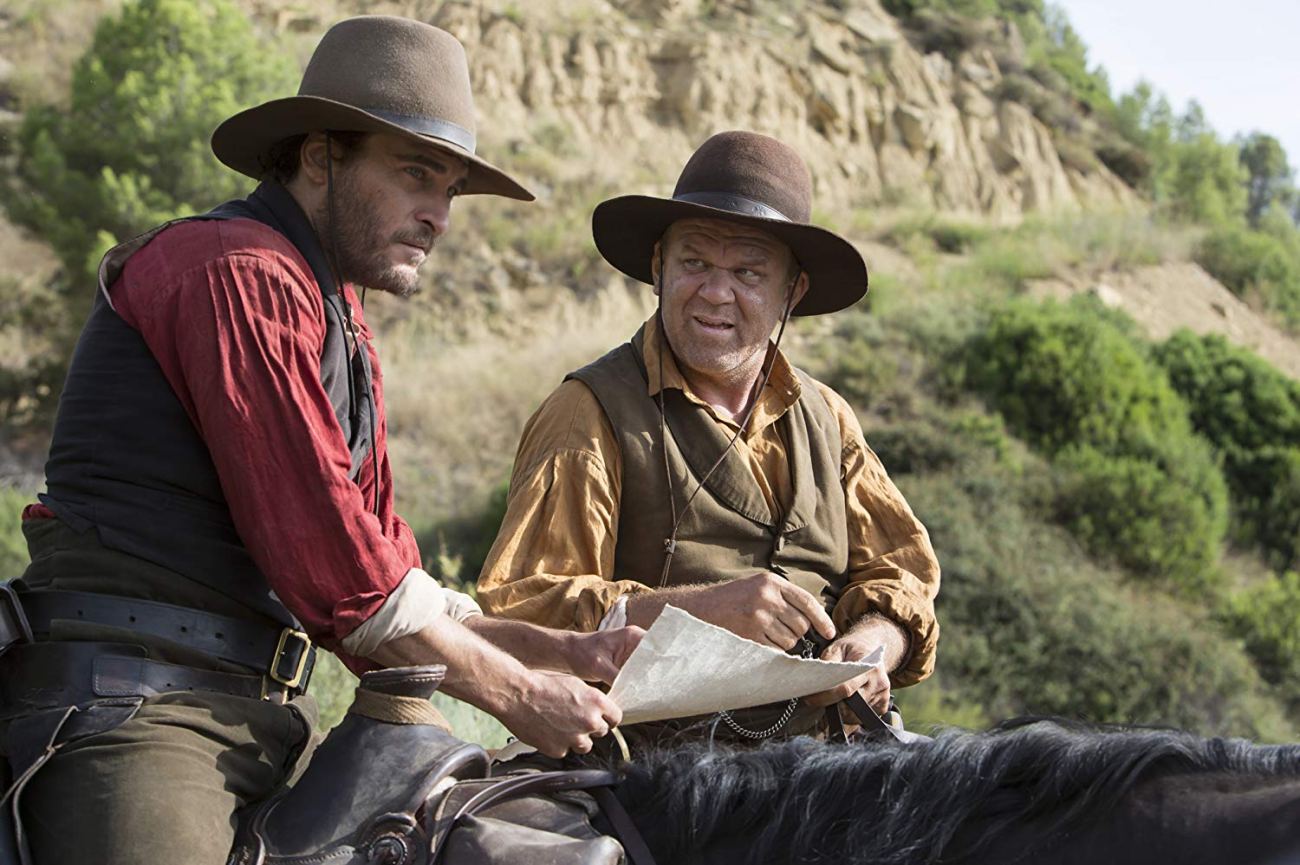 I really love Westerns, and it’s become kind of an event when we get a quality entry into the storied genre in this day and age. We don’t really make many Westerns anymore, and usually the ones that do arrive are something pretty special. When I first read the novel that this film was based on, I was instantly hooked, and knew that if someone could adapt the story the right way, it’d make for a really great film. And, at least to me, that prediction came true. I really loved this movie, and it was everything that I wanted it to be. The film is beautifully shot, giving us some gorgeous scenic vistas, even though it appears that it was shot almost completely in Spain, instead of the actual American West. But, that’s okay, a beautiful bit of nature is all you really need to get the right aesthetic going. The film is then filled from top to bottom with terrific actors. Riz Ahmed was certainly a surprising choice to play Hermann Warm, but I just really love whenever he shows up in a film, and he was able to bring to somewhat naive, but completely idealistic Warm to life in a way that makes you immediately be charmed for him. Jake Gyllenhaal was perfect as John Morris, the sleazy detective who is willing to play everyone against each other for his own personal gain. He doesn’t get to the level of corruption as something like his role in Nightcrawler, but I really think he brought Morris to life in a great way. But the film really lived or died based on the portrayal of the titular Sisters Brothers. And I really and truly think that they nailed it. Because Joaquin Phoenix and John C Reilly

The Western as a genre has evolved quite a bit. At one time it utterly dominated American cinema, outpacing even the modern glut of superhero films to an absurd level of saturation. And, over the years, people who wanted to tell tales set in the Western aesthetic have had to do different things with it. It’s hard to make a straight forward Western anymore, because the genre has been so played out by this point, so people have to take the genre and try something special with it. And, while I’m certainly no expert on the genre, I don’t think I’ve ever encountered a Western film that quite tackled the ideas of brotherhood and familial duty quite like this one did. Because this is a film that at it’s core revolves around the two Sisters Brothers, and their relationship. Technically this story could be told in any manner of contexts. The Western aesthetic is just a spice on top of a truly fascinating look at two men who couldn’t be more different from each other, but who are bound together by the powerful and invisible forces of brotherhood. They’re linked together in a way that no two other people could ever be, and as a result they find themselves trapped in a rut, unable to escape the life that they’ve created, but also unable to live without each other. They need each other, and as a result they’ve been handicapped. They don’t know how to live without each other, and as a result have fallen into a life that only exists because of the one thing they have in common. Hurting people. And the entire film ends up revolving around what it would take to get out of that rut, and become different people. And it’s not a pleasant process. But it sure is an entertaining one to watch. 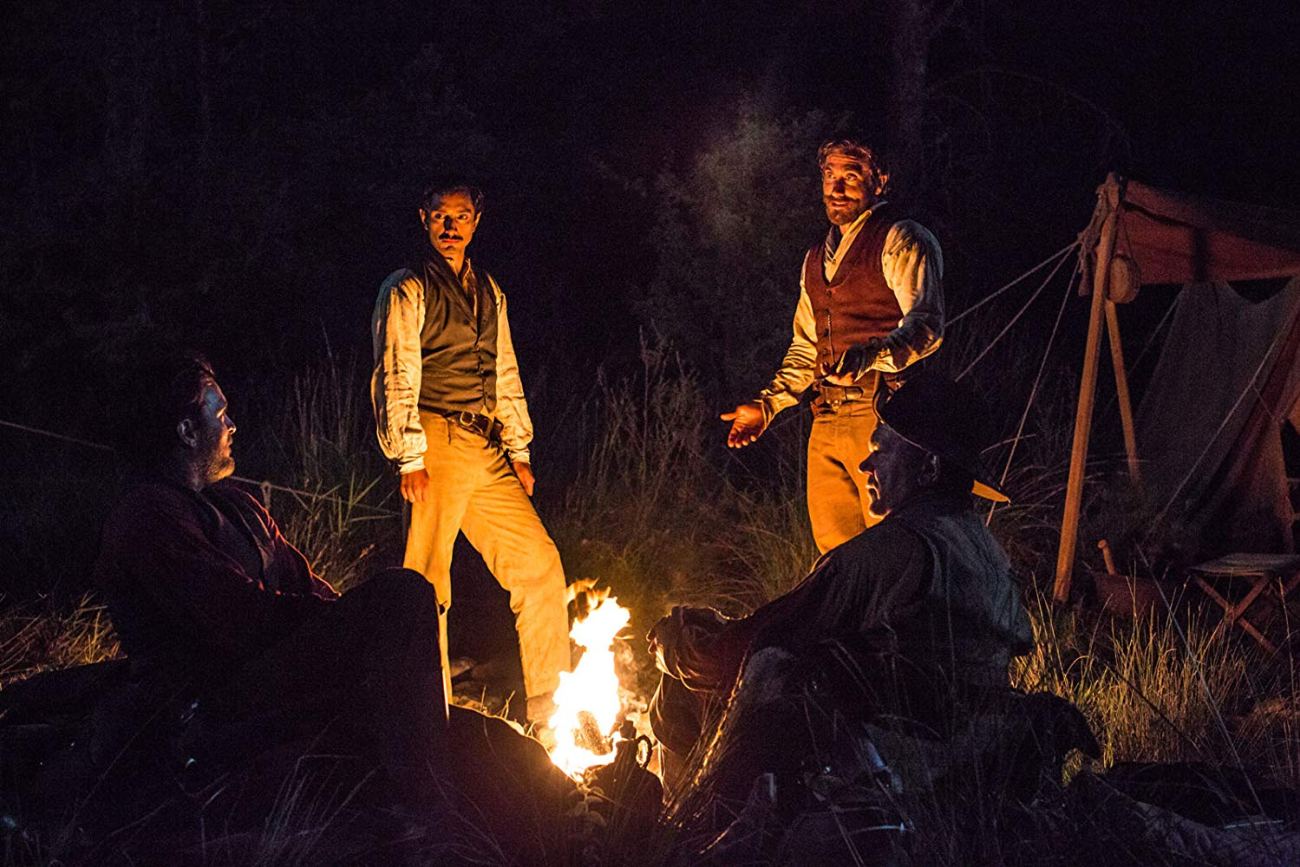