The Immortalists and the Burden of Knowledge 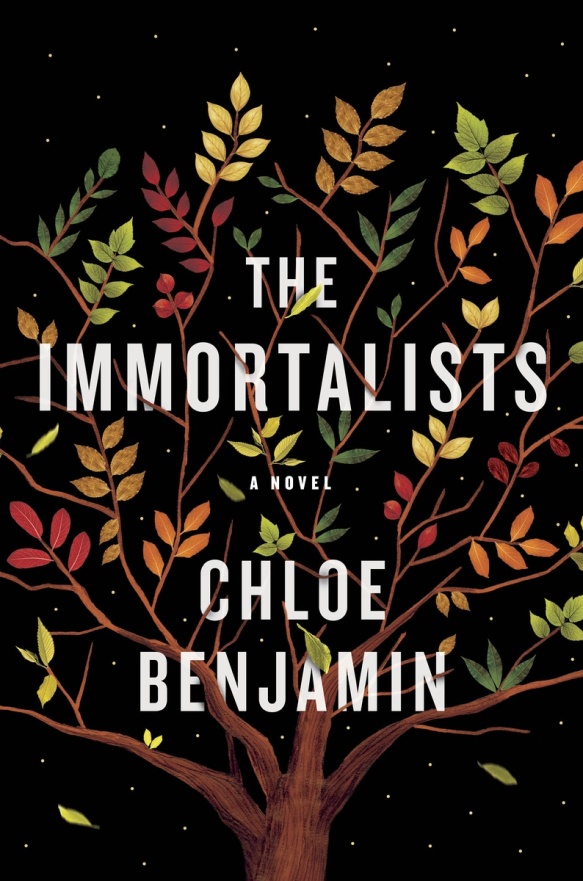 As can probably be ascertained by reading most of the articles on this site, I love stories that take seemingly normal people and put them in extraordinary circumstances. I know that there are vast mounts of people who are interested in simple, human drama, but I’m not really one of them. Narratives that revolve around average people just leading their lives have a much harder time catching my interest. And that’s not to say that I need something outlandish or insane going on all the time. I’ve spoken quite a bit about my love for the films of Alfred Hitchcock, which usually tells the stories of normal people being tossed into abnormal situations, examining how they would react. I’ve also talked about how my favorite type of science fiction novel is one where it’s basically the same world we live in, just with one strange element tossed in. For the most part, we know how human beings will react to any given situation. At least, the situations that occur regularly. Because we’re also people, so we can put ourselves in the characters shoes, thinking about how we either have, or would, react in their place. But, what if something out of the ordinary would happen to you? How would you react? How would it shape your life? It doesn’t even need to be anything spectacular. Just something that doesn’t happen to the average person, a minor detail that could have massive repercussions on your life. It’s stories like this that I always find myself being drawn to, and Chloe Benjamin’s new novel the Immortalists is a novel that really satisfied that craving.

The Immortalists follows the lives of four siblings. Varya, Daniel, Klara, and Simon Gold. The novel opens up in New York City in 1969 with the Golds, then children, visiting a traveling fortune teller who purportedly has the ability to accurately guess the date that a person will die. She meets with the Gold children individually, gives them their dates, and then says goodbye to them,, leaving them to ruminate over what time they in theory have left on the planet. We then follow each of them as they lead their lives, the knowledge of their deaths hanging over them.

Simon, the youngest, is the first to die. He was told by the woman that he’d die very young, and that knowledge spurred him to do something out of the ordinary. He decides to run away with Klara to San Francisco, finally admitting to himself and his family that he’s gay. He then has a few wonderful years in the Castro district, letting himself finally be who he really is for the first time in his life. He gets into ballet, has several hedonistic relationships before finding a man that he really loves. Unfortunately, the fortune teller was correct, because Simon eventually becomes one of the first people to die of the then mysterious illness that eventually gets known as AIDS, dying estranged from most of his family except Klara, on the date he was told when he was a child. This spurs Klara on to push for her own dreams even harder than ever before. She moved to San Francisco to start a career in magic, but had been letting that take a back-seat to reality, until Simon’s death convinced her to give it another shot. She throws herself fully into the world of magic, and in the process meets a man named Raj who she falls in love with. Raj starts to push her to be a better magician, despite her fears that she’s selling out. The two begin a life, and have a daughter named Ruby, and even start trying to find work in Las Vegas. However, Klara’s alcoholism, primarily brought on by her fears of her impending date of death, start to have serious effects on her marriage, career, and life. And, it all culminates with her committing suicide on the eve of her career-making show, fulfilling the prophesy given to her as a girl.

Things then shift to Daniel, who has been living a quiet life of dignity as a doctor employed by the United States Army. Daniel has reached middle-age, having mostly forgotten about the strange encounter with the fortune teller, and earns a living deciding in people are fit enough to go to war. However, the strain of a post-9/11 world has started to affect him, and Daniels is put on leave, which he decides to spend reaching out to family. It’s been quite a while since he’d seen Raj and Ruby, and he decides to invite them to his home for Thanksgiving, doing his best to reconnect with family. And, during this somewhat tense and disastrous visit, Daniel realizes that his date is quickly arriving, and begins trying to investigate the woman who gave them all their dates. He gets help from an FBI agent who was in love with Klara, and ends up finding the location of the woman. Daniel drives out to confront her, and in the process is shot and killed on the date of his death. Which leaves Varya the only surviving Gold sibling. Varya, whose reaction to the knowledge of her death seemed to manifest Obsessive Compulsive disorder, trapping her in a never-ending cycle of rituals and fear. She’s spent almost her entire life terrified to death, and has devoted all of her time and energy to the study of longevity. She’s become a scientist, looking for the cure to death, researching monkeys and keeping herself away from all of life’s grandeur, desperate to live as long as she can. But, when she comes in contact with a child she secretly gave up for adoption decades prior, she realizes that she’s squandering her life, and decides to try to move past her hang-ups, actually making the best of the remaining years that she has left.

This novel really is something to behold. It’s a sprawling, fascinating look at four very different people over decades, as we see their highs, their lows, and their slow declines into death. It’s a family drama, and one that feels universally relateable. Chloe Benjamin weaves a very elaborate tapestry, giving us four characters who are brought to vivid life, sprawled out across the country, having four decades’ worth of trials and tribulations. And none of it’s too insane. This isn’t a novel that looks at people’s whose actions will change the course of human history. They’re just four messed-up people trying to make something of their lives, all while dealing with something that most people never have to worry about.

We all know that we’re going to die. It’s one of the few things in life that’s really and truly inevitable. And yet, with few exceptions, we have no idea when it’s going to be. It’s the gamble of life. At any moment we could die, but instead of worrying about that every second of the day, we have to just hope that it isn’t our time, and we just make the best of it. The question thus becomes, what would we do different if we knew for certain when we’d die? Most people would probably assume that that would be a reassuring thing, something to take off your plate and not to worry about. And yet, I think this books takes a far more accurate look at what would happen in this scenario. It wouldn’t be a reassurance, it would be a crushing burden. Because now you know exactly how much life you’re squandering, and you would have a constant cloud hanging over you. Simon reacted by throwing himself into hedonism, Klara became wracked with self-doubt and depression, Daniel tried to live under the radar assuming he’d be safe, and Varya hid herself from a world she was too scared to live in. They were crushed by the burden of knowledge. It didn’t free them, it filled them with even more pain and doubt than they ever would have felt otherwise.

The Immortalists was written by Chloe Benjamin, 2018.