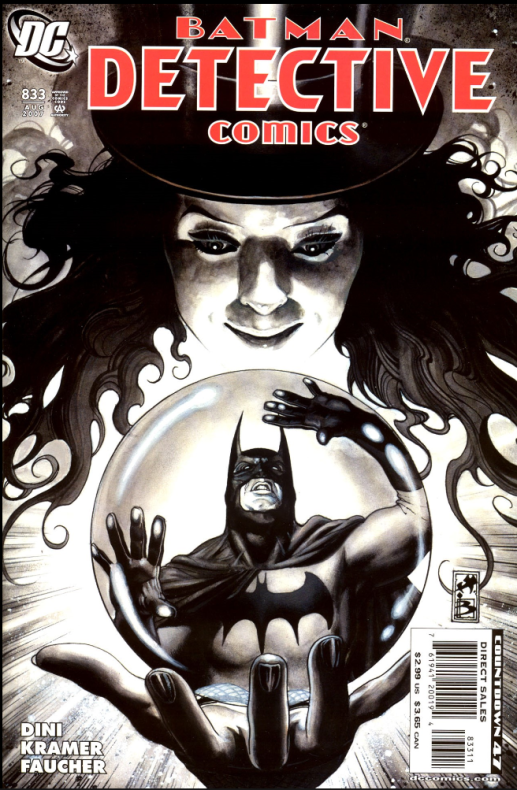 Howdy everyone, and welcome back to another installment of Bat Signal, my never-ending quest to read every single issue of Detective Comics, in random order, and with basically no context. And we have a fun little story to talk about this week, everyone. Well, the first half of a fun story, at least. That’s right, the random number generator gods have no looked favorably on us, once again, and we’ve been given a story that’s just the first part in a larger narrative. Which, unfortunately, means we’re not going to get a lot of payoff. But, we do get a pretty fun story, even if we don’t get much catharsis, and it ends on a hell of a cliffhanger. Because we’re getting to check out one of my favorite DC heroes, the sorceress Zatanna! So get your top-hats ready folks, things are getting magical.

The story begins with Batman swooping into a burning theater, saving some performers from a magical act gone terribly wrong. Most of the audience, and the magician, have already fled the building, leaving the three assistants on stage. Two of them could escape, but the third is trapped inside of a box. Batman attempts to help them, even though he can already tell the girl inside is dead. After confirming that he grabs the two other assistants and flees from the building, as it starts to fall apart. And, once the two women are safely outside, Batman meets up with Commissioner Gordon who is already interrogating the magician, Art Wiener, who goes by Ivar Loxias. Because this isn’t the first time something tragic and violent has happened at a Loxias magic show. There’s been a rash of gruesome accidents occurring at his shows, including his own leg being recently smashed, resulting in him needing his assistants to do more and more. Gordon wants to shut Loxias down, but he insist he’s going to keep working, claiming that he’s buried Art Wiener and needs to be himself, and even insults the fact that Barbara Gordon is in a wheelchair. Class act this guy. 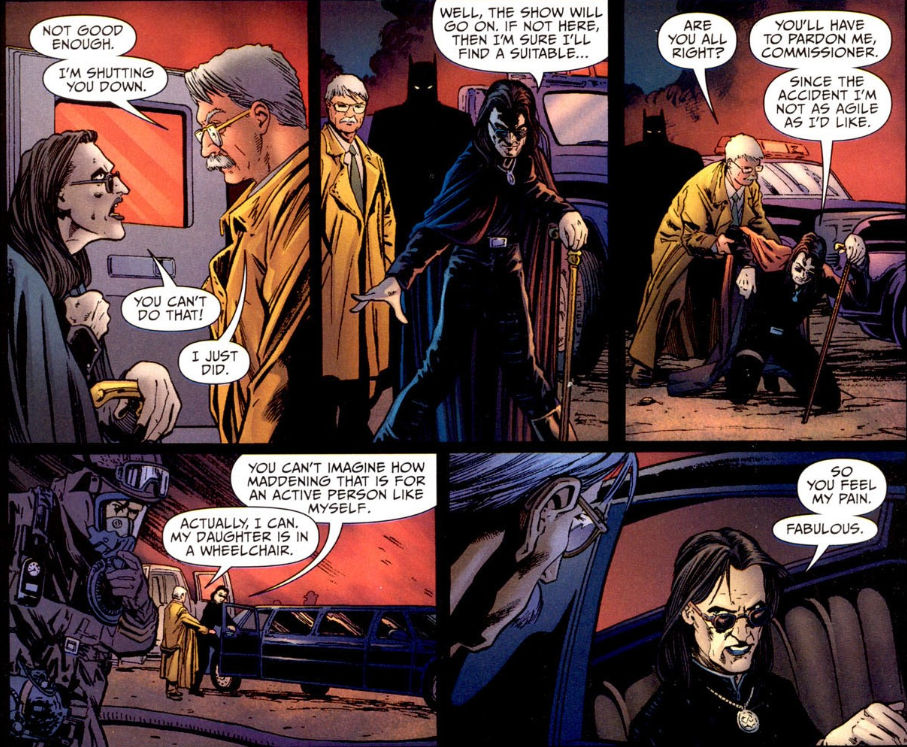 Batman’s obviously concerned about this Loxias and the strange string of accidents, and now deaths, that seem to hover around him. Plus, the more he thinks about it the more he realizes there’s someone else that needs to be informed of the assistant’s death. Because he’s just remembered that the assistant, Katy Michaels, was a former assistant of Zatanna, one of Bruce’s oldest friends. He gives her a call, and the two agree to meet up at the Batcave, giving Bruce the chance to reminisce. Zatanna’s father and his father were friends, and Zatanna had been a childhood friend of his. She then went on to become a famous stage-magician and magical member of the Justice League. However, the two have apparently had a bit of a falling out, and things are a tad awkward.

But, Zatanna still means quite a bit to Bruce, so he meets up with her and the Batcave to discuss the death of Katy Michaels. She was good friends with Katy, and practically begged her not to join Ivar’s act, but his shows were becoming incredibly popular, and they were making quite a bit of money. She feels responsible for Katy’s death, and wants to help Batman solve the mystery. So, they start reviewing the footage of Loxias’ act that night, and they find something worrisome. When Loxias binds and gags Katy before putting her in the box that she would eventually die in, they see her react quite strangely. Zatanna thinks that something was on the gag, and Batman runs a quick analysis, finding that it had been soaked in sesame seed oil, which Katy was deadly allergic to. She seems to have suffered anaphylactic shock, probably suffocating before the fire even began. So, the pair suit up and head off to confront Loxias, putting aside the awkwardness in their relationship.

Batman and Zatanna arrive at Loxias’ mansion, shortly after we see him sending out some workers of his in a truck apparently laden with toxic materials. The two knock on Loxias’ door, and he speaks to them through a PA system, saying that he’s awaiting them in his theater. So, they enter the mansion and start walking through it, talking to each other about how strange this whole thing is. Zatanna has known Loxias for quite a while, even performing with him in the past, and she can’t believe that he’s been up to nefarious thing, but there doesn’t seem to be any other alternative. And, as they enter the full-scale theater that Loxias has in his home, they find him ominously waiting for them.

Loxias then begins monologuing. He talks about how after his painful accident he started working to rebuild his act, and found that people were reacting to bigger and deadlier stunts. So, he continued pushing the boundaries, until people started complaining. Namely, Katy Michaels. So, Loxias killed her. He then pulls out a gun, and shoots Zatanna in the throat. It doesn’t kill her, but it does make it so that she can’t activate her powers. And, while Batman is standing there stunned, Loxias suddenly start moving quickly, despite the apparent injured leg. The manages to push Batman into the chair that he’d been sitting in earlier, and the Caped Crusader is trapped in it when binds come snapping down. Loxias then reveals that the chair can provide high voltage electrical shocks, which he starts demonstrating. Loxias then tosses Zatanna in a tank of water, wanting to see her escape without actually using her powers, and then reveals something strange. Art Wiener is dead. This man isn’t Ivar Loxias. It’s the Joker! And, with that reveal, the issue ends, giving us a cliffhanger we won’t reach anytime soon. 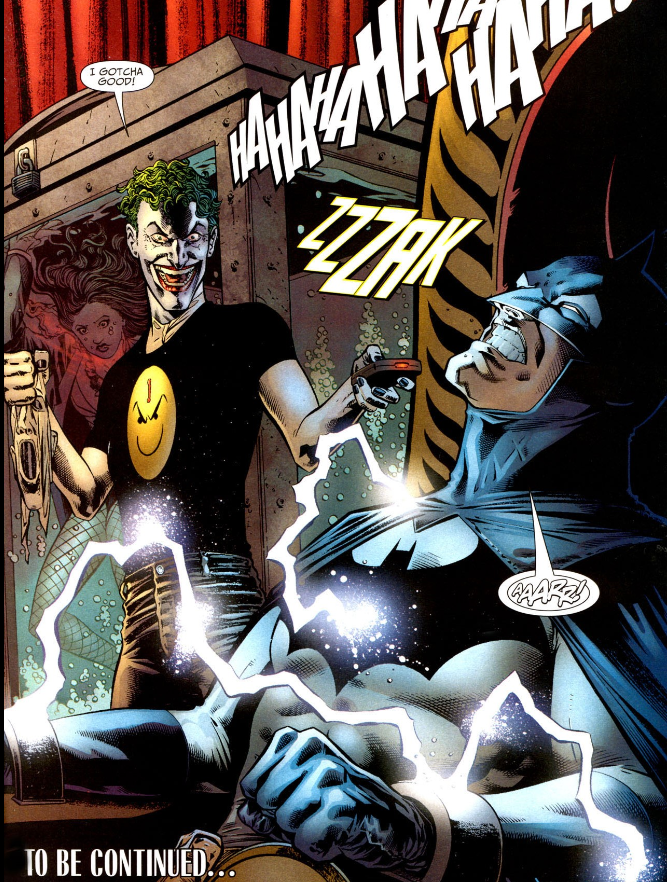 It can often be hard to get issues like this, where we don’t get the full story. Because, kind of by their nature, you won’t be able to have any real closure. They aren’t complete stories, and it’s kind of hard to form real opinions about them. But, what we get from this story is a lot of fun. I’m not crazy about the end reveal, tossing the Joker in right as he does something horrible seemed like a weird call. But, that probably comes from the fact that I’m really not a fan of the murderous and psychopathic Joker, which this story really leans toward. I mean, he shoots Zatanna in the throat so she can’t use her magic. That’s a little too dark for my tastes. But, ignoring all of that, the idea of Batman teaming up with Zatanna to solver a string of magician-related deaths and accidents is a pretty fantastic idea. It’s probably the closest we’d get to a Batman adaptation of the Prestige. Zatanna is a really fun character, and I love whenever she shows up. I’m not quite sure what all of the drama between her and Bruce was referring to, and I’d kind of like to look into that, but it’s still nice to see her pop up in this issue. We probably wont be seeing how things play out for quite some time, but that’s not necessarily a bad thing. I feel like it’ll just get more violent and Jokery.

“Trust” was written by Paul Dini, penciled by Don Kramer, inked by Wayne Faucher, colored by John Kalisz, and lettered by Travis Lanham, 2007.