Ant-Man and the Wasp and Owning Your Mistakes 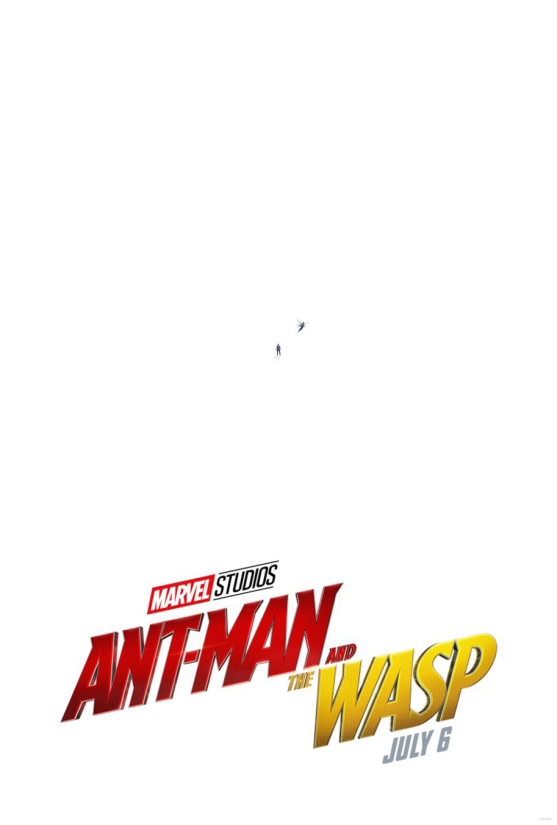 Well folks, it’s time to talk about the Marvel Cinematic Universe again. We’ve already had a hell of year when it comes to the costumes superheroics of the Marvel Universe, seeing one of their all-time greatest movies in Black Panther and the beginning of the culmination of their entire grand experiment with Avengers: Infinity War. It’s been a massive year, so it’s time to get small. Just like in 2015 they’ve decided to follow up their big, bombastic Avengers flick with a smaller-scale story revolving around Marvel’s diminutive heroes Ant-Man and the Wasp. The original Ant-Man was actually the first MCU movie that I ever discussed on the site, and I wasn’t exactly a fan. At the time I couldn’t help but wonder how much better the film would have been if Marvel hadn’t pushed out Edgar Wright, but over time I’ve come to terms with the fact that that’s a fruitless complaint. It’s pointless to complain about what a film could have been while ignoring what it actually is. And, as I’ve dealt with that, I think the film has gone up in my estimation. It’s a light, breezy little heist flick with charismatic acting, a killer score, and refreshingly minor stakes. It’s nowhere near my favorite Marvel movie, but it’s a fun one. It has its flaws, but I was hopeful that when they got around to making a sequel they would be able to work out some of the kinks and make a movie that war firing on all cylinder. And that day has come! Ant-Man and the Wasp has hit theaters, and while it’s certainly an improvement upon Ant-Man, it’s still bogged down by a lot of the same problems, at least for me.

The film picks up a few years after the events of Captain America: Civil War. Scott Lang is under house arrest for his participation in the airport fight in Germany, and his teammates Hank Pym and Hope Van Dyne are in hiding, since it was their technology that let Scott break the law. But, he’s doing his best, starting a new job with his friend Luis and working hard to be a good father to his daughter Cassie. Until one night, just a few days until his house arrest is up, Scott gets a very strange vision. He flashes back to his time in the Quantum Realm, and then imagines himself as Hank’s wife Janet, before she too disappeared into the Quantum Realm. And it turns out that this wasn’t a coincidence. He gets a hold of Hank and Hope, and learns that they’ve been working on a machine that will take them to the Quantum Realm, and when they turned it on Scott received the vision, implying that he and Janet may be linked now. So, Hank and Hope come to take Scott away from his house arrest, and force him to help them find Janet. But, first, they’re going to need the final piece of technology needed to get their machine working, which means they have to deal with an illegal technology dealer named Sonny Burch. Hope attempts to buy the final component from him, but he reveals he’s figured out who she and her father are, and attempts to blackmail them into giving him their mobile shrunken laboratory. Hope suits up as the Wasp and manages to fight Burch’s goons, before being attacked by a mysterious figure who is able to phase through things. They call this person the Ghost, and it’s able to beat both Ant-Man and the Wasp, and steal Pym’s mobile lab.

Afraid that they’re going to miss their chance to save Janet, the trio decide they need to track down the lab and steal it back from Ghost. And, to do this, they meet up with a former partner of Hank’s named Bill Foster. He gives them an idea to locate the lab, and after stealing the original Ant-Man suit from Scott’s daughter’s school, they’re able to build a tracking device that leads them straight to Ghost’s home. Where things get complicated. It turns out that Ghost is a woman named Ava Starr, and she was the daughter of another of Hank’s colleagues. After Hank fired her father Elihas he began working on a route to the Quantum Realm himself, which ended in disaster. Elihas and Ava’s mother were killed, and Ava was afflicted with a strange quantum sickness that keeps her out of phase with reality, and in constant pain. She’s actually been working with Bill Foster, and the two have come up with a plan to heal Ava, but at the cost of Janet Van Dyne. Our trio of heroes refuse to allow this to happen though, and they manage to escape Ghost and Foster’s clutches with the mobile lab in tow. This then becomes a complicated chase with Ghost trying to steal the lab from them, along with Burch and his men, while Scott is trying to flee from the FBI who are hunting him down for his house arrest. Eventually though they’re able to come up with a plan that gains them access to the lab with enough time to send Hank into the Quantum Realm, where he finds the stranded Janet. She and Hank return to the world while Ant-Man and the Wasp deal with Ghost and Burch. Everyone eventually ends up in Pym’s lab, right as he and Janet return, and Janet is able to use her strange new Quantum abilities to heal Ava in a way that won’t kill her in the process. The Pym family is then reunited, they agree to let Ava and Bill leave and lead a normal life, and Scott returns to his home to end his house arrest. Everything ends happily, until a post-credit sting reminds us of the events of Infinity War.

Overall I enjoyed this film, and I think I ended up liking it more than the first. It’s a fun little movie that relies heavily on the charisma of its leads, which ends up working out. The improvised nature of the dialogue could be a little grating at time, but the movie is full of comedic performers who are able to bring out the absurdity of the superhero genre in a way that few other Marvel movies quite accomplish. And, it’s stocked with some really fun and inventive action. Peyton Reed really does have a flair for these size-changing fight scenes, even though it really does feel like they ended up revealing all of the best gags and moments in the various trailers that came out. There’s a few great moments that were kept secret, like everything involving Scott and Hope’s ridiculous trip into an Elementary School, but for the most part it kind of felt like all their clever ideas had already been shown. The plot of the film is a much more straight-forward superhero story, without the added bonus of the heist elements from the first film, but I think that this movie is able to handle it all a little better than the first one. The characters are established, and we just get to see them have a fun adventure without being bogged down with a bunch of technobabble about ants and shrinking technology. They still fill the story with a bunch of pseudo-science regarding the Quantum Realm, but it’s just a tighter story. Not a particularly deep or engrossing story, but a fine bit of superheroics.

There is one interesting through line in the film though, and that became the aspect that really stuck with me. I was worried when the trailers were released that Ava was going to be a pretty generic villain. They show her using her phasing powers, and use a bit of dialogue that I don’t think actually ended up in the movie where it’s implied she wants to take over the world. But, in actuality, she’s a much more complex villain. She isn’t trying to destroy the world. She isn’t even really trying to get revenge on the Pym family. She’s just trying to save herself. Punishing the Pym family is just an added bonus. Her life was irrevocably changed because of Hank Pym’s hubris and ego. He refused to work with Elihas Starr, and pushed him down a path that would eventually destroy his daughter’s life. And this seems to be a trend. The whole film shows that Hank Pym had a history of being a complete asshole to people, all through his life. And, it’s come back to bit him in the ass. The first film dealt with similar issues, but this one really doubles down on it. He lost his wife because of his hubris, he pushed his friend Bill Foster away, and he’s technically responsible for the event that made Ava the Ghost. Hank’s gone through his life caring about little other than himself, and he’s reaping the rewards for such behavior. Which is juxtaposed with Scott, who is constantly screwing things up, but is actually trying to make amends. He’s made a lot of mistakes, and will probably continue to do so, but he owns up to them. He tries to fix things and become a better person. And he doesn’t wait an entire lifetime until the ramifications come back to attack him. Everything we do has an effect on the world, and if we act like Hank Pym and don’t really care about what that effect will be, things can get problematic. 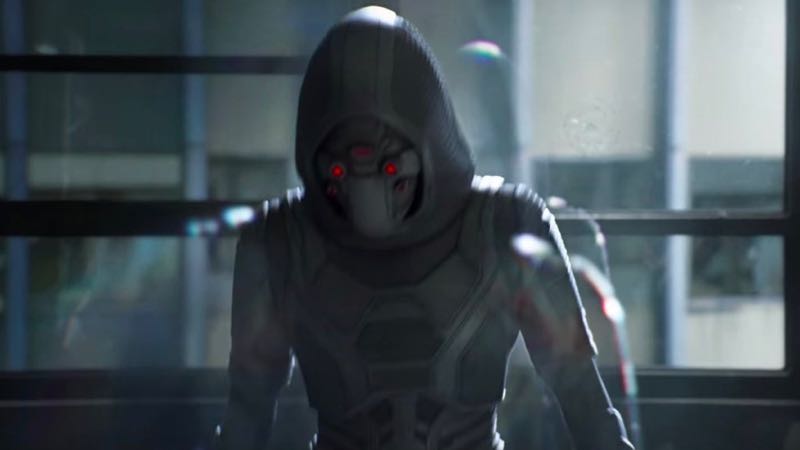