The Outsider and Prerequisites 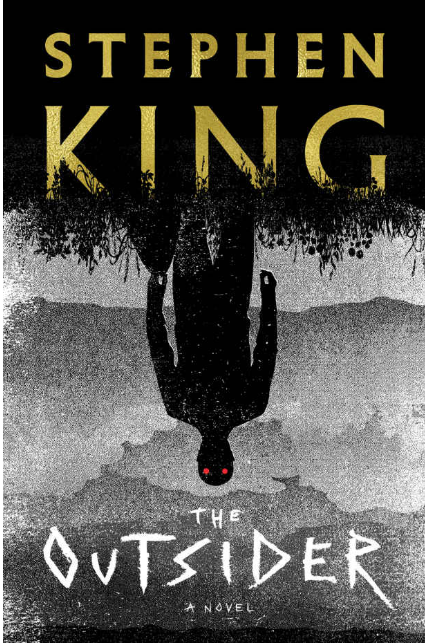 Hey everybody, it’s time to take another trip into the weird and wild world of Stephen King! I haven’t read a King book since last year when I discussed Mr. Mercedes on the site, but he’s an author that I need to peak in on every few months, seeing what new oddity he has in store for us. And, this year, it’s going to be his latest novel, the Outsider. As I’ve said before, I have a serious affection for Stephen King’s novels, bolstered by an adolescence working my way through his bibliography, which has earned him a spot as one of my most consistently favorite authors. Some of his books have found their place in my favorite novels of all time, and I don’t think I’ve ever read a book of his that I completely disliked. He’s been experimenting more with genre lately, such as Mr. Mercedes’ more noirish turn, and I’ve been a big fan of that. But, he’s inevitably going to swing back to horror, since it’s the genre that made his career, and I’m always going to eagerly await whatever twisted foray into the world of the supernatural. Enter the Outsider, a novel that had a premise that I found incredibly fascinating. But, did it end up living up to that premise, and the truly stellar first act? Well, we’ll get to that.

The Outsider starts off as a gripping police procedural, set in a small Oklahoma town known as Flint City. It follows a police detective named Ralph Anderson who has been tasked with solving the rape and murder of a young boy. And, it seems like it’s going to be a pretty easy case. There’s plenty of eyewitnesses, physical evidence, and even recordings that point to the culprit being a little league coach and local hero, Terry Maitland. So, Ralph publicly arrests Maitland and throws the town into confusion. It seems like a slam dunk, an obvious case that’s just going to go through the motions, until a major wrench is thrown into the works. Terry Maitland didn’t kill the boy. He was across the state at a conference, and there’s video evidence of that fact. Ralph and his colleagues insist that it must be some sort of con, and push the case forward, preparing for trial and ignoring any misgivings, since they so clearly have found the only possible killer. Unfortunately, before the trial can begin the victim’s brother shoots and kills Maitland, who with his dying breath insists that he had nothing to do with the murder. And, against his better judgement, Ralph starts to worry that he may have gotten things wrong, scared that somehow a person who looked just like Maitland, and even had the same fingerprints and DNA could exist.

This fear sticks to Ralph, and he ends up working with Maitland’s lawyer to try and figure out what could possibly have happened. So, the lawyer reaches out to a private investigator named Holly Gibney, who is from the Mr. Mercedes series, and she agrees to help tie up some lose ends. But, in the process she just finds more mysteries. Because it turns out that a similar murder happened in a town Maitland visited earlier that year. A man was found guilty of killing two girls, even though he insists he didn’t do it. Strange things start to be uncovered, and Holly ends up meeting with Ralph and his crew to tell them that something supernatural is afoot. They end up deciding that the person who framed Terry Maitland was actually a supernatural creature, a vampire-like beast known as El Cuco that can shape-shift. No one but Holly are very on board with this strange option, but there are too many strange factors in the case, and too many unexplainable things begin happening. And, to make matters worse, they think that one of the eyewitnesses in the Maitland case may be the next victim of El Cuco. So, they head to Texas to meet with him, and are forced into a confrontation with the creature, his hypnotized servant, and their own sense of reality before everything works out nicely.

I’m kind of conflicted with this novel. As always, King is a hell of a writer, and he’s incredibly gifted at drawing you into a world of suspense, slowly building the dread without resorting to cheap scares. He’s also a really solid crime fiction writer, and everything revolving around the Maitland case and the botched trial is wonderfully handled, keeping everything in a grounded sense of realism before the supernatural shows up. The whole idea of a seemingly routine murder getting complicated by the introduction of something mystical and unexplainable is fascinating. I love the idea of a shape-shifting killer who feeds off pain and anger framing someone for its killings. It’s a very creepy idea, and one that King handles perfectly, lulling you into the false sense of security that this is going to be a grounded tale of crime before being lowered into the creepy depths of doppelgangers.

Unfortunately there’s another aspect to this novel that really rubbed me the wrong way. The first half of this book was wonderful. I was completely invested in the story, and was eager to see where things were going. And then Holly shows up. Now, I have read Mr. Mercedes, but neither of the two sequel novels. I haven’t heard great things about them, and I’ve never felt the urge to give them a shot yet. But, unbeknownst to me, I apparently needed to have read them before this book. I had no idea going in that this essentially was the fourth book in a series, and it completely blindsided me. I pieced together that that series must end in a supernatural way, and that protagonist Bill Hodges died, but a lot of the novel seems to expect that you already knew that. And it feels strange. I kept expecting Holly to be little more than a cameo, but she ends up becoming an integral part of the story, completely changing the direction of the narrative. And I don’t think I liked that turn. Yeah, she gives us the information we needed for things to turn more supernatural, but she also just kind of shows up in the story, tells everyone the killer is a mythical monster, and then acts like they’re incompetent for not believing her. It’s weird. I wasn’t much of a fan of Holly in Mr. Mercedes, a book that I actually enjoyed quite a bit, and having her show up unexpectedly in this book to completely derail it was kind of a bummer. I still think that the novel was enjoyable, and it went to some very strange places. But it still feels weird that there was required reading I had no idea I had to have done. King’s a hell of a writer though, and he’s able to make an enjoyable novel in spite of that strange swerve.

The Outsider was written by Stephen King and published by Scribner, 2018.