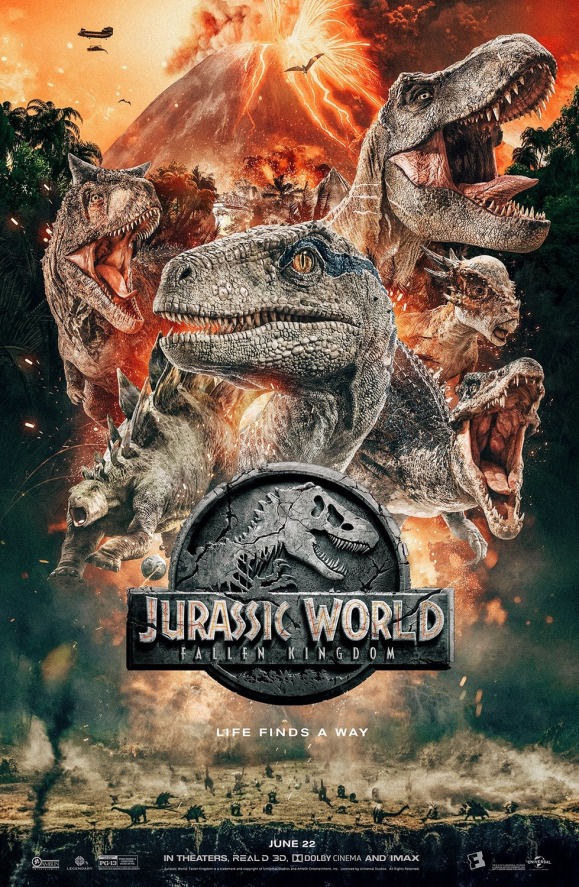 I have a confession to make that may destroy any credibility I have as a lover of fine film. I kind of enjoyed Jurassic World. It was by no means a good movie, but I kind of think it ended up being the most enjoyable sequel to Jurassic Park. It was a dumb movie, but it fully knew what it was. The film was full of over-the-top ideas, acting, and score, coming off even more like a 50’s B-Movie than any of its predecessors, and that connected with me. It was incredibly forgettable, but it was blissfully stupid, and I enjoyed myself when I saw it. But then that backlash hit. Hard. I think it was partly from the fact that it became one of the highest grossing film of all time, and partly because people had a lot of contempt for director Colin Trevorrow, possibly thanks to his utterly bizarre passion-project the Book of Henry. For whatever the reason it became very cool to hate on Jurassic World, and I just never found myself willing to hop into that boat. It was by no means a film I loved, but it did a good enough job, and I had an okay time with it. But, when you have a movie become as profitable as Jurassic World, it’s inevitable to try and get blood from the stone one more time. Which meant we were going to be getting as sequel, and I had some very strong concerns about that. Would they be able to keep up the ridiculous and knowing stupidity of the first one, or would they try to legitimize things, and make a more straight-forward film that loses what little charm the original had? Well, unfortunately, they went with that second option.

Fallen Kingdom picks up a few years after the first film, with the island abandoned, and humanity more or less deciding to try and forget about all the dinosaurs who live in a destroyed amusement park. But that laisze faire attitude isn’t going to work any more, because it’s been found that a volcano on the island has become active and is threatening to destroy the island, and all of the dinosaurs who live on it. And humanity has decided to just accept that, and move on. But the protagonist from the first film, Claire Dearing, has been approached by a representative for billionaire Benjamin Lockwood, the former partner of John Hammond. Lockwood has bought a second island and wants Claire and Owen Grady to lead a trip into Jurassic World to save as many dinosaurs as possible and bring them to the new sanctuary. So Claire, Owen, a dinosaur veterinarian named Zia, and a computer expert named Franklin set sail with a mercenary Wheatley and his team to pick up the dinosaurs. And, almost immediately, this proves to be a con. They only brought Owen along due to his connection with the specially designed raptors from the first film, specifically one called Blue, and once Owen gets them Blue they double cross everyone, and leave our heroes for dead on the exploding island. However, they’re able to get back onto the ship full of dinosaurs, and are taken not to the Sanctuary Island, but to Northern California and the Lockwood Estate.

It turns out that Lockwood’s assistant, Eli Mills, has been manipulating Lockwood and plans to actually take all the captured dinosaurs and sell them at auction, along with the secrets to their genetic creations. Mills and shady auctioneer named Eversol get a litany of strange millionaires from around the world to arrive at Lockwood’s estate to bid on the dinosaurs, which they’ll presumably use for militaristic goals. And, to sweeten the pot, they’ve also been cooking up something special. The first film revolved around the genetic engineers at Jurassic World creating a hybrid creature they named the Indominous Rex, which got loose and ended up destroying the park. So, of course, they decide to try it again, but with a raptor this time. Which is why they needed Blue, to learn why it obeyed Owen so well. This new raptor, the Indo Raptor, is sold as an unstoppable weapon, and when Owen and Claire learn about it they realize they need to stop it from leaving the building. Along with Lockwood’s cloned “granddaughter,” the pair race around the estate, setting the dinosaurs loose and fighting Mills’ men, until they’re forced to deal with the monstrous Indo Raptor itself. But, with Blue’s help, they’re able to kill the monstrosity. However, some of the dinosaurs, and a lot of the genetic information, was allowed to escape, and fall into the worst hands imaginable. And, to make matters even stranger, we see our heroes decide to free all of the other dinosaurs from Lockwood’s pens, letting them head into California to become invasive species, promising a true Jurassic World in the next film.

This film didn’t work very well for me. Like I said up top, I actually enjoyed myself with Jurassic World. It was big, dumb, and brassy, not afraid to be a stupid blockbuster that primarily existed to show fun dinosaur action. The original Jurassic Park is a hell of a film, and one that is able to bring up some interesting ideas while also remaining a thoroughly enjoyable film. Jurassic World was not competent enough to handle that task. And, so it seems, is Fallen Kingdom. The film is a bit of a plodding mess, carrying almost entirely on the back of the human characters. Which was a big mistake! Because these humans are not nearly interesting or engaging enough for that. They aren’t really characters, just charming cardboard cut-outs that deliver quips and chemistry. But they don’t have personalities, and it’s almost impossible to relate to them. Which makes a film that’s structured almost entirely upon them a pretty shaky premise. It’s a movie without action or suspense, without enjoyable characters, and that’s almost completely devoid of the campy silliness of the first film. So, what is the movie? Well, that’s kind of hard to wrap my head around. It’s just a string of bland set-pieces, obvious reveals, and boring interactions. It’s rough.

Jurassic World: Fallen Kingdom is a very strange film. From the marketing you’d think that the movie would fall in line with most of the other films in the franchise, revolving around our protagonists running around a dinosaur infested island, trying to save them from the volcano. Which makes it that much stranger when the island is abandoned about thirty minutes into the film, instead choosing to plod around in a mansion discussing the ethics of genetic engineering and animal rights. These are interesting topics, but the film doesn’t seem comfortable at all discussing them. I’m a huge fan of the novels of Michael Crichton, which ended up creating this whole franchise, but Crichton knew how to discuss ethical issues in science in a way that remained entertaining, making it feel less like a lecture and more like a fun story where you learned something. And this film could learn something from his work. It had some interesting ideas, particularly the ethics of genetic engineering a cloning, something that will probably become more and more important in the coming decades. But it didn’t seem to know how to discuss these issues other than broaching them. True, Crichton’s novels often fell into a trap where they came off as reactionary, showing how technological innovation could be used for evil, thus propagating fears of change and progress, but at least they had the courage of their convictions to make cases. This film just kind of reminds us that genetic engineering is a thing, and it could be used for evil or good. No judgement, no real insight, just mentioning an idea and hoping that the dinosaurs would distract us from the lack of opinions. If you’re going to try and say something, at least finish the sentence, don’t just trail off and hope that things will be saved by Chris Pratt’s endless charisma.

Jurassic Park: Fallen Kingdom was written by Colin Trevorrow and Derek Connolly, directed by J. A. Bayona, and released by Universal Pictures, 2018. 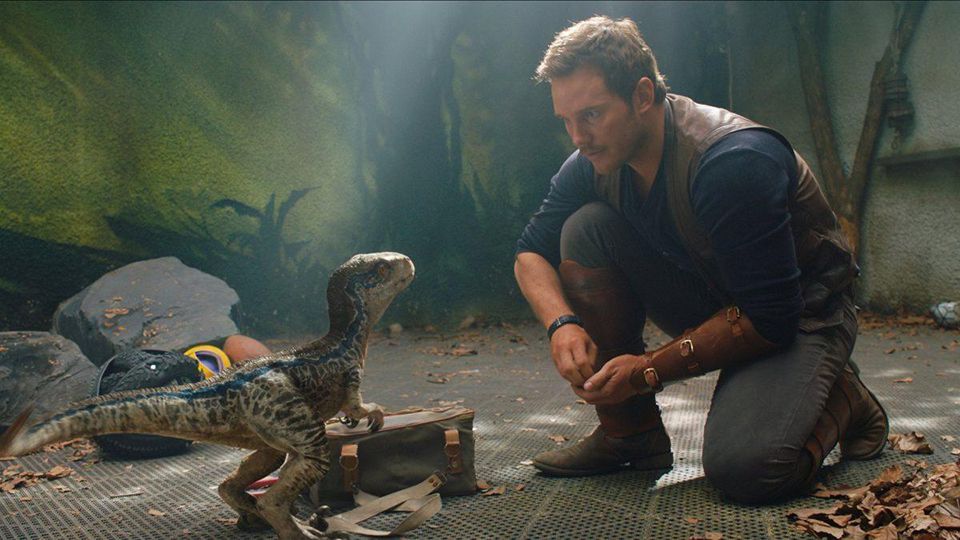