After last week’s brief sojourn back into the world of the silent comedies it’s time to get things back onto the inevitable march of progress and talk about another talkie. And what a talkie it is! Last week I maybe made a somewhat dubious claim by saying that the seminal horror film Dracula wasn’t exactly one that I found myself enjoying. But I stand by that. Dracula comes off as a very lackluster film, made by people who weren’t fully comfortable with the new technology, and lacking in any sort of cinematographic flair or technique. Which is strange, because just one year later the same director, Tod Browning would release a film that I feel has a thousand times the creative energy and flair. And, it just so happens to be one of the absolute strangest films that I’ve ever seen in my life. Freaks really is a film that defies explanation, becoming unlike anything that I’d ever seen before. And, that novelty really helps it stand above the other films of 1932. Which wasn’t exactly tough competition. There’s more gangster thrills from the original Scarface. We have one of the earlier attempts to adapt the Island of Dr. Moreau, that great White Whale that a plethora of filmmakers have destroyed themselves chasing, with the Island of Lost Souls, but while this is one of the stronger adaptations of the novel, it’s still a little dull. We also have a wonderfully cheesy film called the Most Dangerous Game, which did blow my mind the first time I’d seen it, since the premise was something that has been lampooned countless times afterwards. But, while it’s fun, it doesn’t really have a lot of staying power. So, even though the competition wasn’t exactly tough, Freaks earns it’s spot as my favorite film of 1932. Regardless of how baffling it is.

Freaks is a film that’s incredibly hard to explain, and looking at its backstory it becomes clear that the only way that it was brought into existence was a perfect storm of events. Despite my tepid response to it, Dracula was a massive hit at the time, and helped launch Universal as a studio to be reckoned with. And, that accomplishment let MGM essentially give Tod Browning carte blanche to create a film for them, hoping to ape the success of Dracula and establish themselves as a force in the horror world. So, with no real supervision and the fact that the Pre-Code world of early Hollywood allowed for some very strange films and subject matters to be created, Browning got to do whatever the hell he wanted. So, falling back on his incredibly strange history, Browning found a short story called “Spurs” that told the story of a group of circus performers. Because, as crazy as it sounds, Tod Browning ran away from home and joined the circus. He left a rather prestigious family, and joined with a travelling circus, living a life built around entertaining people. He worked in circuses, vaudeville, and eventually found his way to the pictures, constantly changing with the times in order to find new ways to entertain people. So, drawing from his own personal experiences, a cast that was predominately formed of actual performers in circus sideshows, and “Spurs,” Tod Browning created a film that on its surface seems to be made for no one else but himself. The film was…less than accepted when it was released, earning so much ire that the studio desperately started hacking away at it until the film was only over an hour long. And that still wasn’t enough. The film was absolutely hated upon release, and it seemed destined to be forgotten. Until it was picked up by the Midnight Movie crowd in the 70’s and 80’s, earning it a reputation as a cult classic. And, with good reason, because this film is fascinating.

Freaks is built around a framing device, having a carnival barker inform a crowd of horrified patrons that the being they just saw at the sideshow was once a beautiful woman until she befell a horrible accident. The barker then begins to tell us a tale about a travelling circus heading through rural France. The woman in question was known as Cleopatra, a trapeze artist who considered herself above the lowly “freaks” of the sideshow. However, in spite of that, her beauty drew the attention of a dwarf named Hans. Regardless of the fact that Hans is engaged to a fellow dwarf named Frieda, he can’t stop himself from becoming fixated by Cleopatra. And, because Hans has quite a large inheritance behind him, Cleopatra decides to string Hans along, in exchange for gifts, of course.

These aren’t the only characters, or even plots, in this film though, because the whole circus is on display in this film, and we get to see peaks at a lot of them. Throughout the film we see the burgeoning relationship between a woman named Venus and a kindly clown known as Phroso. We also see several minor stories, like two conjoined twins named Daisy and Violet deal with the fact that only one of them is engaged, and the other doesn’t much care for the new husband. But, the most important element is when the circus’ strongman, Hercules, catches the eye of Cleopatra. The two begin to sleep with each other, and when Hercules learns that Hans is rich and in love with Cleopatra, the two start to hatch a plan. They decide to have Cleopatra seduce Hans, marry him, and then they’ll kill him for his inheritance, and let them run off together. Cleopatra loves this plan, and she gets to work destroying Hans’ engagement, and drawing him into her grasps. Which works far quicker than it should. Hans almost immediately dumps Frieda and becomes engaged to Cleopatra, and the two then speedily arrange a wedding.

The various members of the sideshow then throw the happy couple a reception, which is when Cleopatra begins trying to poison Hans. However, as she’s drunkenly assured that the plan is going to go off without a hitch, she doesn’t realize that the people of the sideshow are a very tight-knit community. They try to ingratiate her into their world, but she stubbornly refuses, shouting that they’re all freaks, and getting them all suspicious of her actions. So, when Hans inevitably starts to become sick over the coming days they quickly become worried that Cleopatra has done something. They start keeping an eye on Hans, and during one of the circus’ journeys between show they catch her trying to poison Hans instead of giving him medicine. The wagons that the circus is travelling in then hit a storm, and after several wagons crash the sideshow performers take advantage of the confusion to attack both Cleopatra and Hercules. They’ve clearly been planning this for quite some time, and they all come prepared with knives. Hercules is stabbed to death in the rain, and the rest of the gang chase Cleopatra into a ditch, where we’re brought back to the beginning of the film and told by the barker that Cleopatra underwent some sort of mysterious spell, transforming herself into the most freakish being on the planet, a punishment for her deed.

There’s also a tacked on happy ending, showing that Phroso and Venus have brought Freida to Hans, who apologizes for what he did, letting them all live happily ever after. But, that was put on before viewers thought that the original ending was too dark. 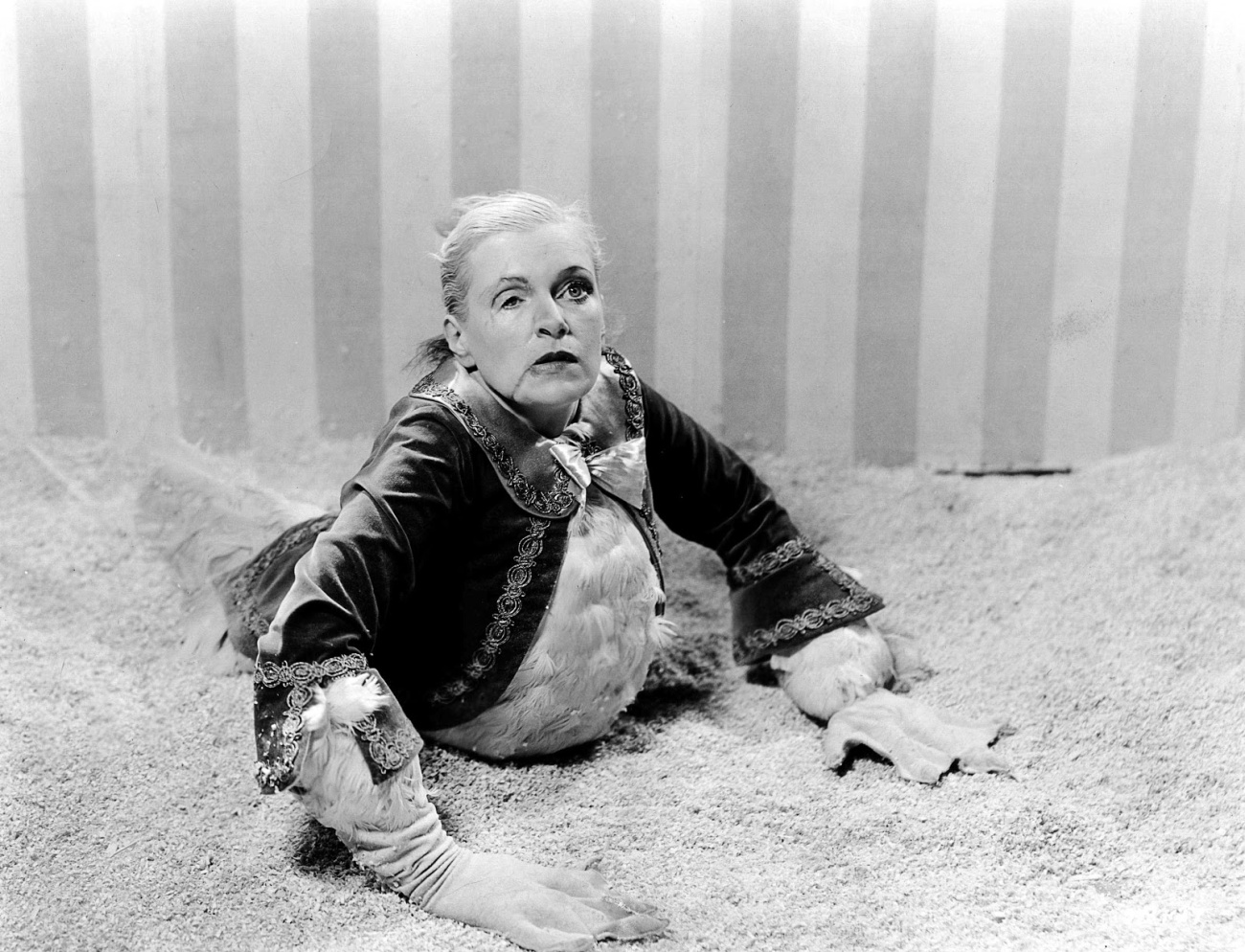 This is a film that really and truly needs to be seen to be believed. It’s almost impossible to wrap your head around the fact that there was a film released in the early thirties that was essentially a noir about sideshow performers that was cast with some of the most famous actual sideshow performers of the day. The film is often thought of as a horror film, which is certainly what it was originally marketed as, but it really doesn’t end up feeling like a horror movie. Other than the idea that people with disabilities were scary in the thirties, I suppose. Because this film really does become a fascinating historical artifact, taking some of the most famous sideshow performers of all time and capturing them for posterity. Yeah, it’s obviously incredibly horrible that these people’s lives were built around being gawked and laughed at, surviving off of the general public’s fascination and revulsion of their disabilities, but there’s still a part of me that’s impressed that the film took the actual performers and used them in the film. This wasn’t just a bunch of actors in make-up, these were the actual people. Browning worked in circuses, and specifically in sideshows. He knew these people. And, I think he respected them. This isn’t a film that pokes fun at the sideshow performers. It takes their side. It shows Cleopatra and Hercules as the villains. Two twisted people who tried to take advantage of a group of disabled people because they thought they were less than them. I can certainly understand how it would be hard to watch this film from a 2018 viewpoint, but there really is something special about it.

And I think that’s why the film has endured all of these years. You would think that this film would have fallen away, become an essentially lost film. It was so reviled at the time of its release, and it was hacked to pieces by MGM, desperately trying to salvage it, it wouldn’t have been shocking if this film had become lost, basically just an urban legend. But, thankfully, it survived. It laid in obscurity for decades, but it eventually found its audience as the incredibly strange relic that it is. I know that a lot of the films that found an audience from the Midnight Movie world are often loved in an ironic way, poking fun at a weird oddity. Not unlike how these sideshow performers were treated. But, that’s not how I see Freaks. This isn’t some weird film that can only be enjoyed by laughing at its ineptitude. It’s a fascinating film that took some serious gambles. There are some incredibly strange narrative choices, and it’s absolutely awash with unnecessary B-Plots, but most of that feels like a result of all the studio interference. And yes, the acting isn’t always the best, but the movie gains points for its authenticity. Browning led a bizarre and fascinating life. So, when given the ability to tell whatever story he wanted to, he chose to take some of the most marginalized figures in the world, people who more than likely played a large part in his life, and he decided to tell their story. He made them the heroes, and even though the movie does have some exploitative leanings, it still feels like a story that Browning was dying to tell. Nothing had ever been like it before, and very few have been like it since. And, for that alone, it’s worth some attention.

Freaks was written by Willis Goldbeck and Leon Gordon, directed by Tod Browning, and released by Metro-Goldwyn-Mayer, 1932.