I Am So Smrt! – The Undeniable Joy of Homer Simpson 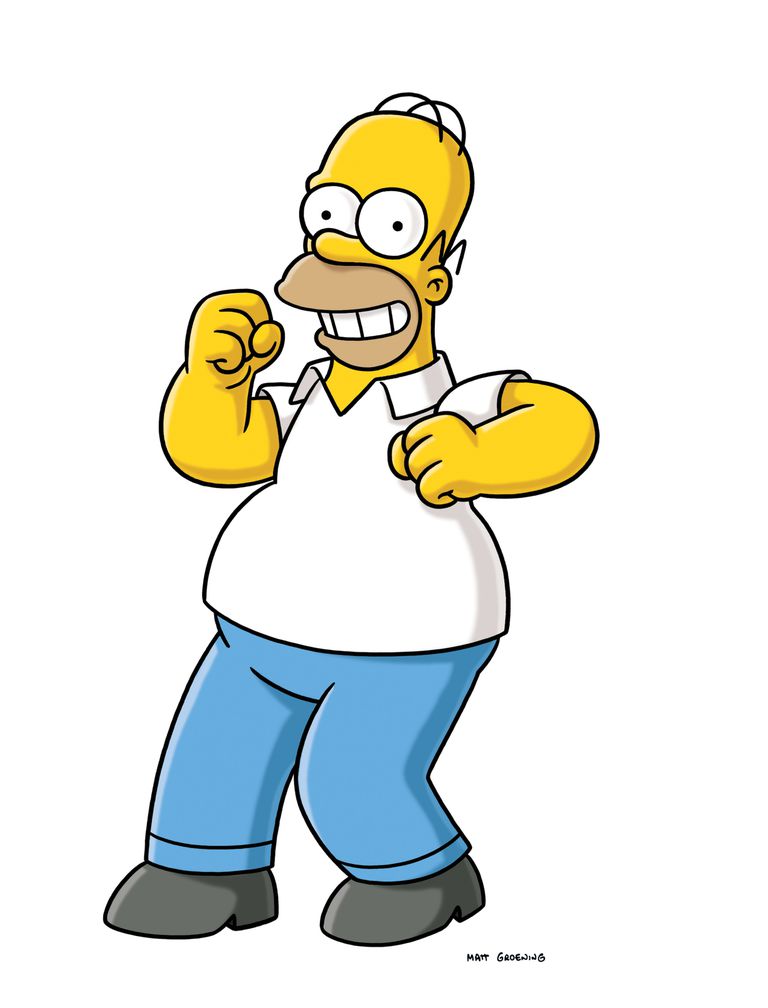 It’s always fascinating to see a television show begin to change as time goes on, evolving into something that it probably wasn’t meant to be when it first began. Shows that don’t have a set ending in mind and are allowed to be on the air as long as it’s profitable can often change drastically over the years, chasing whatever seems to be keeping people interested. And this is how sometimes characters who weren’t meant to be important can suddenly find themselves in the spotlight and character that were originally imagined as integral to the show can fade away. And I think it’s pretty clear that Homer Simpson is one of these characters. When the Simpsons began it really does seem like it was imagined as a very Bart-centric show. It was going to primarily be about the trials and tribulations of a ten-year old boy and with his eccentric family providing backup gags. But, as time went on, people clearly began reacting to Homer, leading to him getting more and more screen-time, and eventually usurping Bart as the driving force of the show. And, as I explained on Wednesday, since I’m not exactly the biggest fan of Bart Simpson, I’m fully on board with this change. Because Homer Simpson is one of my favorite characters in the history of entertainment, and I’m so glad that we’ve gotten to enjoy him over the past three decades.

I have heard in a possibly apocryphal story that famed Simpsons writer John Swartzwelder (or possibly George Meyer) had a pretty solid rule about writing Homer. He’s what would happen if a dog was a person. He’s lovable, temperamental, and easily distracted. He’s driven by his base desires. He’s incredible loyal. He’s full of utter joy. Homer’s really a character that was perfectly designed as a reflection of everything wrong and right with the average American. He’s misinformed, passionate, industrious, and proudly ignorant. And he’s the goddamn best.

It is incredible that after all of these years they can still provide us with solid entertainment through Homer Simpson, and a significant part of that has come from Dan Castellaneta’s consistently stellar voice acting. Castellaneta provides a bunch of wonderful voices for the show, but there’s just something magical about his performance as Homer Simpson. Being a huge dork I’ve listened to vast amount of commentaries on the DVDs for the show, and the stories that are told about Castellaneta and the way he performs as Homer are fantastic. It’s been said that his IQ drops when he becomes Homer, even ad-libbing some of Homer’s more famously idiotic and delightful lines, sometimes by complete accident. He has amazing comedic timing, but can also put some truly solid emotion into his performance, giving Homer surprising depth when necessary. It can often feel like Homer is just a ridiculous joke-machine, but over the years he really has become a fully fleshed out and well-rounded character, full of personal pains, moments of triumph, and a realistic confusion at his place in the world. And it’s all brought to us wonderfully by Castellaneta.

Homer is a character that’s kind of perfect for the show. He fits perfectly in insane and funny situations, and does equally well in emotional ones. Homer is responsible for some of the most solid gags in the Simpsons history, and he’s a character that can perfectly interact with just about everyone on the show. There’s not really any character that Homer doesn’t have inherent chemistry with, and who can’t get a funny interaction out of him. And, he’s also able to dive into some really emotional places, becoming the driving force behind some of the show’s best and most affecting moments. Especially when interacting with his family.

I kind of already talked about this during these wrap-up articles, but it’s amazing how Homer can bring out the best in the rest of his family. Bart episodes are probably the weakest, since they so often deal with Homer and Bart squabbling, but whenever we get to see Homer and Bart running around as little pals, basically operating under the same level of maturity, it’s a blast. Homer and Marge can so often get stuck in the infuriating plots where their marriage is in jeopardy all because Homer’s an idiot, but when we get to see them just be a happy couple, constantly supporting each other and bringing out the best in each other it makes me so happy. Homer doesn’t get to interact with Maggie a whole lot, but the strength of the whole “Do It For Her” thing is enough for me. And then there’s Lisa. It just delights me to see that Homer will do anything and everything for Lisa. He knows that the greatest and most important thing he’s ever going to do in his life is setting up Lisa for success. She’ll be his shining achievement, and he’ll do whatever it takes to let her be the person she’s destined to be. Even if that means she’s going to leave him.

Homer is a lovable buffoon. He gets to go on all sorts of ridiculous adventures, he finds himself in the position to get a litany of insane jobs, most everyone in the world becomes enamored with him, and he’s a consistent source of laughs. Which makes him one of the most effective and delightful sitcom protagonists in history. But, what makes Homer memorable isn’t just his goofy antics. It’s that heart and emotion. It’s what takes him from being the best wacky sitcom dad in history to an idealized and realistic father-figure. Yeah, Homer has his issues, just like we all do. But he loves his family, and he’ll do anything for them. There will always be some mistakes and some struggles, but Homer is constantly striving to be the best husband and father he can be. Which is something we can all strive for.