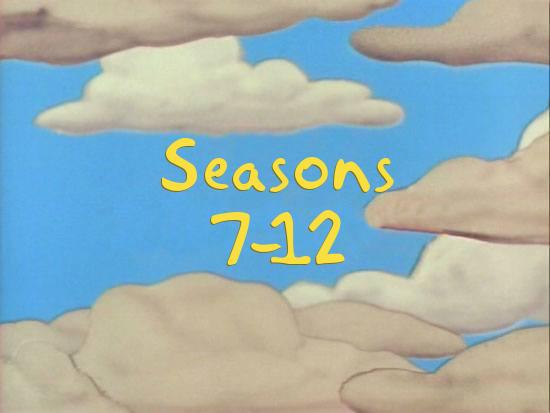 Welcome back to the wrap-up of the Lifetime of Simpsons everyone. We’re going to continue working through the seasons today, highlighting my favorite episodes from season seven through twelve today. By the end of today we’ll be through what’s usually considered the Golden Age of the Simpsons, and entering the kind of fallow period that was the early aughts. But, even when the show was at its darkest and most trite, there was always outliers to keep you going. That’s getting a little ahead of myself though. Because today we have six really fun episodes to talk about. Let’s do this! 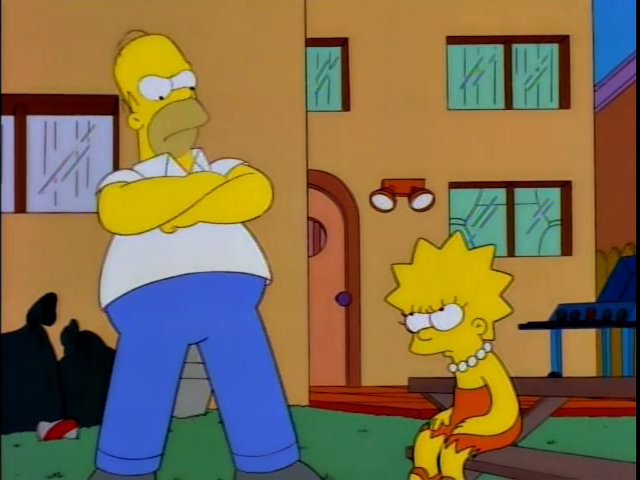 This is almost certainly the obvious choice for Season 7, but it’s impossible to deny how truly special and amazing this episode is. I’ve become a real sucker for Lisa heavy episodes, especially ones that pit her and Homer against each other before forcing the to find common ground. And this episode may be the gold standard of those episodes. Like all of my favorite episodes, “Lisa the Vegetarian” manages to strike that perfect balance between gut-busting humor and tear-jerking emotion. This episode is full of some of the best jokes and gags of the entire series, like the flying pig, the lamb-voiced worm, and everything in Troy McClure’s meat video. But, at the same time, we’re given a glimpse into Lisa’s continuing struggle to figure out who she really is, and Homer’s stubborn realization that Lisa is her own person, with her own opinions, and it’s his duty to support her in whatever path she chooses. And, it doesn’t just end with Lisa getting the moral highground and lording it over everyone. It’s an episode about the idea that other people are allowed to have differing opinions than you, and you just need to accept that. Homer and Lisa accept that they see things differently, but that doesn’t make either of them right or wrong. And that’s a message that a lot more people need to absorb.

“Lisa the Vegetarian” was written by David S Cohen and directed by Mark Kirkland, 1995. 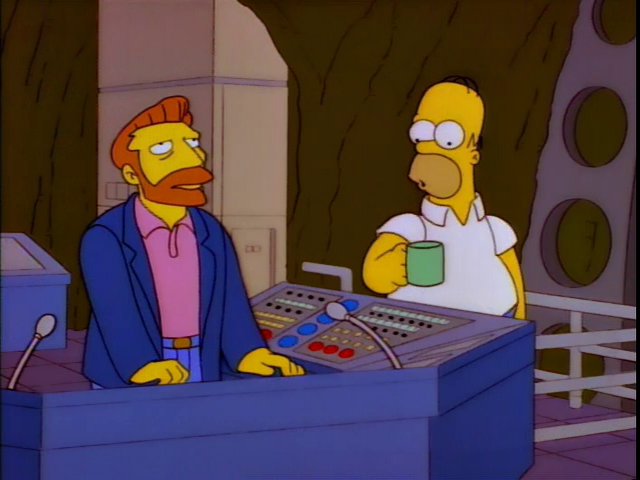 And now, on the complete opposite side of the spectrum, let’s talk about one of the silliest episodes ever made! I think it’s clear at this point that I’m a huge James Bond dork, being as I spent a month of my life ranting and raving about it, so it should come as no surprise that I absolutely adore this episode. There’s not a whole lot to it, it’s just one of the most consistently enjoyable episodes the show has ever produced. The idea that Homer would accidentally find himself working for a Bond villain is an amazing one, and the way that it slowly unveils itself is a true thing of beauty. What starts as a fairly traditional episode veers wildly into the world if insanity with the reveal of who Hank Scorpio really is, and it’s a ride that doesn’t let up until the very end. Homer’s obliviousness in the face of Scorpio’s crimes will never not make me laugh. The rest of the family get a couple good gags, but this is really an episode that lets Homer shine, and it works beautifully.

“You Only Move Twice” was written by John Swartzwelder and directed by Mike B Anderson, 1996. 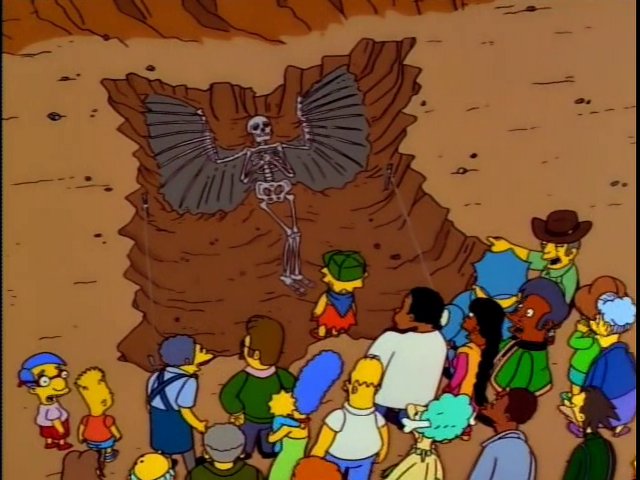 Back to Lisa! “Lisa the Skeptic” is an episode that really grew on me. It’s an episode that I had seen numerous times before in syndication before this project, and that I hadn’t really had any serious opinions on. But, when I watched it for the project, and had to really sit and think about it, I realized that it’s an incredible little story. It’s a very similar structure to the traditional Lisa episode formula, with her feeling like she’s the only one who understands some universal truth, and can’ see why the rest of her family doesn’t, but this time amplified to include the entire town. When everyone gets swept up in a hysteria that utterly baffles her, Lisa decides that she needs to convince the entire town that they’re wrong, and she’s right. And, even though in the end it does turn out that Lisa’s correct, the important lesson that she learns is that sometimes that doesn’t matter. She doesn’t need to destroy people’s beliefs, just because they’re different than hers. The people of Springfield want to believe in an angel. They aren’t hurting anyone, and it’s not Lisa’s place to harangue them into seeing things like she does. All she can do is give her opinion, and leave it up to them.

“Lisa the Skeptic” was written by David S Cohen and directed by Neil Affleck, 1997. 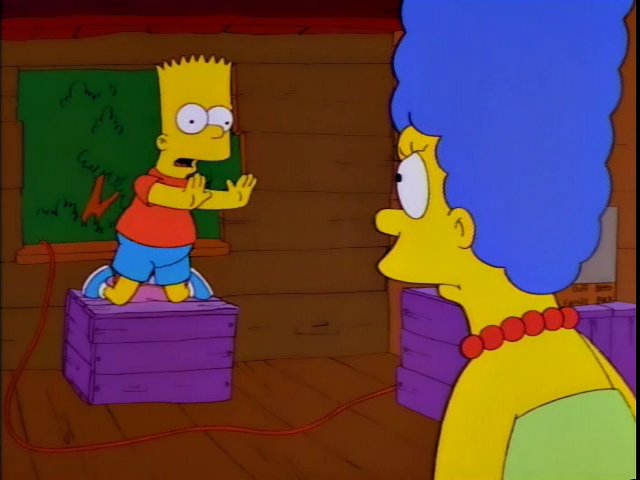 So far this wrap-up has been very heavy on the common “Homer/Lisa” episodes. But, it’s time to change things up a bit and talk about the elusive “Marge/Bart” episode. Because this is a hell of a story. During this project I’ve found my estimation of Bart as a character lowering consistently, because typically they have Bart do something terrible, and then barely have him realize that what he did was wrong before sweeping it under the rug. But not this time. Bart does something truly horrible in this episode, killing an innocent animal, and then spends the rest of the episode trying to find some way to make things right. And that’s propped up by Marge, who is at her wits end with Bart’s antics, struggling with the idea that she’s done a bad job raising him, hoping to find some sign that he’s going to grow up to be a respectable person. And it all comes to a head when Marge recognizes Bart’s struggle with the idea that people don’t understand the things that he’s raised, and she realizes that she didn’t do such a bad job with Bart. It’s really emotional stuff. 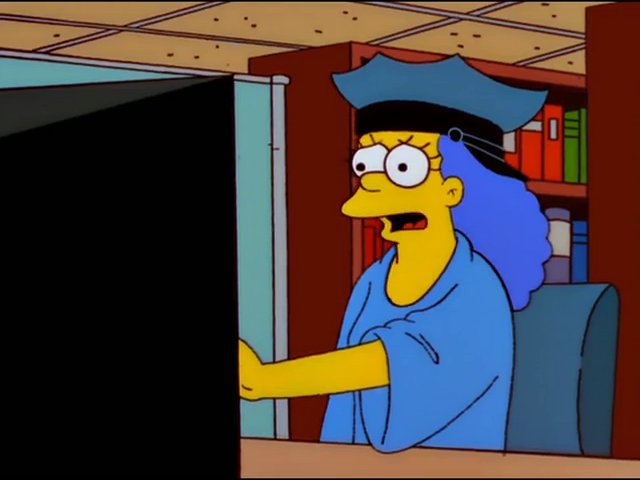 Speaking of Marge! I’ll be real with you, Season 11 was not one of my favorites. Looking back on it, there were plenty of episodes that I had a lot of nostalgia for, but little else. But, this episode is probably the one that I found myself enjoying the most. It’s a shame that there are so few truly great Marge-centric episodes. So often her stories are built around her trying to do something out of her comfort zone, and failing, which can be such a bummer. But this episode is built all around the idea that Marge isn’t appreciated enough by the family. She does everything for them, and they just kind of push her aside when a new motherly figure enters the house. The show so often makes Marge the buzzkill, the voice of reason, so getting to see her finally snap and demand some respect is rather cathartic. This isn’t really one of my favorite episodes in general, but as far as Season 11 went, getting to see Marge find herself in a psychological thriller is pretty damn fun. 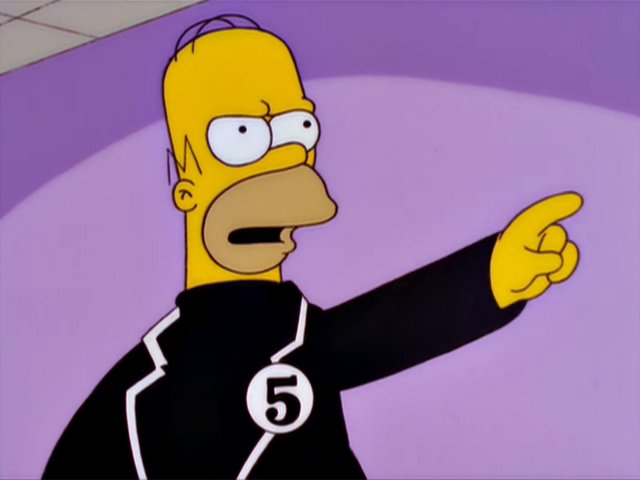 We’re ending today’s list with another incredibly silly episode, and it’s one that I love very deeply. This is an episode that I fell in love with when I first saw it aired, even though at the time I had absolutely no idea what it was referencing. It was just the most baffling and hilarious episode I’d seen in quite a while. And, while I still haven’t actually watched all of the Prisoner, I know enough about it to understand what’s happening with the episode. And while that context makes everything make a little more sense, it doesn’t really change the fact that this is just an absolutely insane and fun episode. I love everything about it, from Homer learning about the internet and accidentally becoming an investigative journalist, to his rapid slide into Fake News, and of course all the time he spends on the Island after getting too close to the truth. There’s no real deep ideas being explored in this episode, it’s just a solid bit of entertainment, brimming with funny gags and great ideas, and sometimes that all I need.

“The Computer Wore Menace Shoes” was written by John Swartzwelder and directed by Mark Kirkland, 2000.

Another bundle of episode down in the books! We’re reaching a rough period in the show, but there’s still glimmers of joy to be found in every one of these seasons, so while I may not be seeing some episodes that I loved as much as the ones on today’s list in the coming days, there’s still plenty to enjoy.