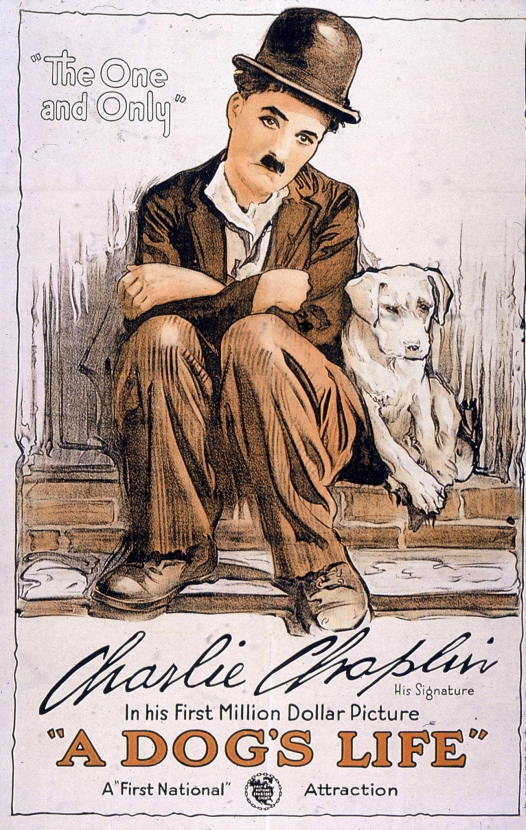 Here at the beginning of an all new year I’ve decided to bring an all new feature here on the site. Because I feel like I don’t get to talk about the movies I love enough here. I often get distracted with the newest films to be released, and never seem to find the time to discuss films from the past, the films that mean so much to me and helped form the bedrock of my tastes. So, I’ve decided to embark on an odd little quest. I have found a favorite film from each year between 1918 and eventually 2018, and will be discussing each of the every Sunday here on the site. That’s right, a hundred films, a whole century of cinematic storytelling. There will be years where I kind of had to deal with a movie because it’s the only one from that year I’ve seen, and other years where I’m going to have to make some hard choices between some of the greatest films of all time being released in the same year. We’ll travel from some of the earliest days of cinema, through the advent of sound and then color, through dozens of genres and hopefully appreciate some of my favorite films of all time. I’ll say right here, this aren’t necessarily what I would say are the best films of each year, just the films that were my favorite. Often those two will match up, but sometimes I’ll have chosen kind of a curve-ball, and hopefully will do a good job at explaining my reasoning.

And we’re all starting here, in 1918, with what will no doubt be my shortest film discussed during the project. Because unfortunately the only film from 1918 I’ve seen is a silent short that only runs in at 35 minutes. Fortunately though those 35 minutes are created by Charlie Chaplin, one of my absolute favorite creators of all time. We’ll be seeing a lot of Charlie Chaplin and the Little Tramp here in the early years on the project, so it’s probably a good sign we’re starting things off with one of his earlier works. And what a work it is. Charlie Chaplin is easily my favorite of the silent-era comedians and this film really shows why that is. His first film with First National Films, we get to see the formula that Chaplin would continue to use for decades to come, already working perfectly.

As it so often is with Chaplin’s films, this story revolves around the Little Tramp, his downtrodden and mischievous hero. The story begins with the Tramp living in a small vacant lot, scraping by while stealing food from local vendors and staying one step ahead of a resilient police officer who is always out to get him. The Tramp just kind of wanders around, getting into hijinks, until he notices several large stray dogs fighting a small runt. The Tramp decides to rush in and save the little dog, who he begins calling Scraps, and ends up in a ridiculous chase through the streets as the other dogs try to attack them. But eventually the Tramp and Scraps get away, and the Tramp quickly takes to the dog, giving him some milk he finds and bonding with the lovable mutt. In fact, he becomes so enamored with the dog that he decides to try and sneak it into a local dancehall called the Green Lantern. It takes a couple tries, but the Tramp is eventually able to get into the club, with the dog, and takes a seat to watch the show and try to steal some drinks.

While the Tramp is watching the show though, he finds something wonderful. A young singer comes out and performs a song so beautiful that it bring everyone in the hall to tears. Even the salty old bartender. The Tramp is very moved by the singer’s song, and ends up coming over to talk to her after the performance. And, little does he know, the cruel owner of the club had demanded that the singers flirt with customers so they buy more alcohol. Luckily though, she’s terrible at flirting and the Tramp is oblivious, so they end up actually having a nice time together, after she gives up on the weird scam. And while all of this is going on we see a couple of thugs mug a drunk rich man, and steal his wallet full of money, only to hide it in the very lot that the Tramp has been sleeping in. So when the Tramp gets kicked out of the Green Lantern for a lack of funds, he heads back to the lot, only to have Scraps locate the wallet. The Tramp returns to the Green Lantern, desperate to win over the singer, right as we see her being fired for not flirting with the two thugs who robbed the rich man. But the Tramp is able to come to her rescue, showing her all the money he now has. Unfortunately the thugs also recognize the money, and they end up getting into a series of fights with the Tramp, before he has to flee from the Green Lantern. Luckily though the police officer who has been following the Tramp shows up, and arrests the thugs, just as Scraps is able to steal the wallet back. So, with the thugs taken care of and the money back in their possession, the Tramp and the Singer leave the city and start a new life together, with Scrap and some puppies, on a farm in the country. 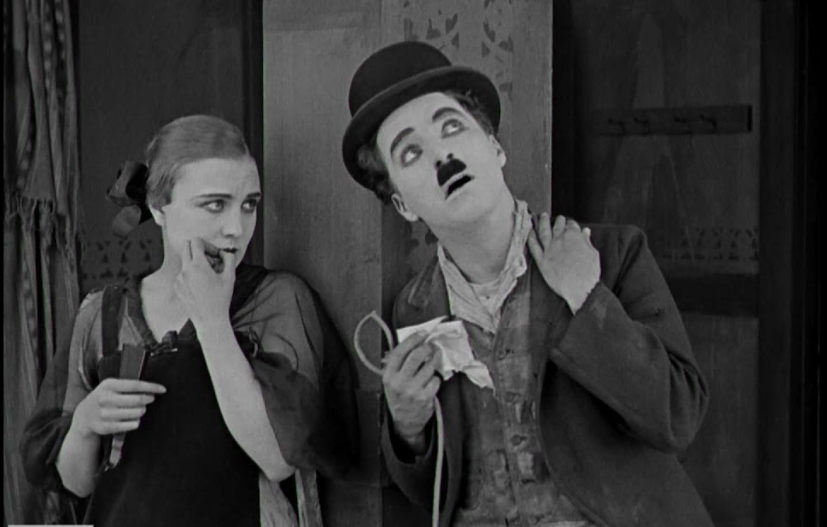 It’s truly amazing how much story, emotion, and comedy that Chaplin is able to cram into just 35 minutes. He’s a true master, and this short is one of the best examples of that mastery I’ve ever seen. He’s able to deliver a well-plotted story, with three acts, in little more than half an hour. Chaplin has always been my favorite of the silent-era comedians, primarily because of the fact that he was able to mix his slapstick comedy with an amazing ability to bring out emotion. His films were silly little comedies, but they also managed to pack in some good morals, and a lot of emotional heart. Yeah, you could say that building the film around the Tramp’s relationship with a lovable little dog is kind of emotionally manipulative, because how hard is it to make people feel attached to a dog? But Chaplin is able to get us immediately attached to the story of the Tramp and his dog, while also showing us another of Chaplin’s greatest strengths, a love story between two outcasts. So many of Chaplin’s films revolve around the Tramp, the perpetual outsider, finding a woman who is equally alone in the world. The singer is one of the less developed of these romantic interests, but just like you believe the quick love between the Tramp and Scraps, you also believe the attraction between the Tramp and the singer. They’re both down on their luck, they don’t seem to understand the weird rules of the world around them, and they’re both just so lonely. And they find each other. They find each other and little Scraps, and find a way to create their own life, and life that means something to them. And it’s that type of beautiful storytelling that makes me love Chaplin.

A Dog’s Life was written and directed by Charlie Chaplin and released by First National Pictures, Inc, 1918.