Lady Bird and Figuring it All Out 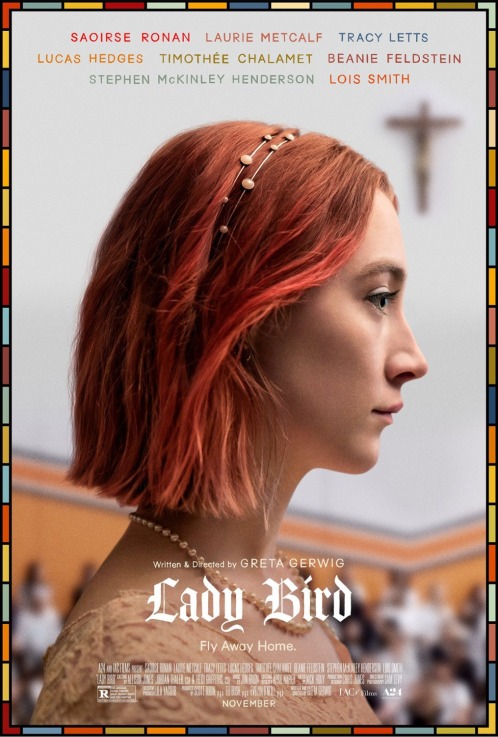 Have you ever had the experience of seeing just about everyone you respect enjoy a piece of art, and have no idea why? It can be a weird feeling, seeing people whose tastes normally line up completely with yours, and then experience a film or novel that just fails to resonate with you in the slightest. I’ve had that feeling with the work of Noah Baumbach for years. Every time he releases a new film it’s hailed as a masterpiece, and inevitable ends up on “favorite of the year” lists of countless film critics. And I’m baffled by it. Every time I’ve tried to get into Baumbach I’m almost instantly put off by his movies, and especially the characters he creates. I’ve listened to people explain why they like them, and I’ve given them far too many shots, and they just never connect with me. I can accept that they just aren’t for me, but it still can be rather confounding to be so off the consensus. Which is why I was a little nervous about Lady Bird. The solo directorial debut of Baumbach’s frequent collaborator Greta Gerwig, Lady Bird felt to me like it was going to be incredibly similar to the work that Gerwig had done with Baumbach. And, when I started seeing Lady Bird getting almost unanimous praise, I felt like it was going to be another example of a film that I just can’t understand. But, in a pleasant surprise, that wasn’t the case. I didn’t love this film as much as so many have, but I liked Lady Bird quite a bit, and it managed to give me an insight into Baumbach’s films and why they don’t work for me.

Lady Bird follows Christine “Lady Bird” McPherson as she goes about her senior year in high school. It’s a coming of age story that follows her through her final year of high school and her first steps into adulthood. Lady Bird is a perpetual oddball, a nerdy rebel at her Catholic High School who is fed up with the humdrum world of Sacramento and who dreams of leaving town, going to a prestigious New York university, and never looking back. Unfortunately Lady Bird comes from a very middle-class family, and it just doesn’t seem in the cards for her. But, she still applies, and then goes about trying to get as much of a high school experience as she can from her final year. And things actually do seem to change when her and her friend Julie audition for the school musical. They both get in, and Lady Bird ends up meeting a boy named Danny O’Neill who she instantly falls for. The two start dating, and she has what seems to be her first kiss and her first time being in love. Things seem to be going well in her life. She’s constantly fighting with her domineering mother, but her life is going well. Until she catches Danny kissing another boy, and her whole world is thrown into chaos.

Lady Bird becomes incredibly depressed that her first love lied to her, and that she’s lost him, and decides she needs to do something radically different with her life. She keeps fighting with her mother and confiding in her father, but she decides that she should start dating again, and tries to install herself in the more popular circles at her school so that she can start dating a guy in a local band named Kyle. She abandons Julie and slowly becomes a different person, while throwing more and more drama into her relationship with her mother. But, after a fairly disappointing loss of her virginity, Lady Bird realizes that she has nothing in common with Kyle, and ends up breaking up with him on the night of prom so that she can reconcile with Julie. Things actually then seem to turn around for Lady Bird and her last couple of weeks of school seem very positive, and she even starts to have a solid relationship with her mother. But then she finds out that she’s gotten into one of her prestigious New York liberal arts school, which she never told her mother about. The two have a massive fight, but Lady Bird won’t back down, and prepares to leave her hometown. Her mother chooses not to see her off at the airport, and instantly regrets it, but Lady Bird makes her way to New York on her own, eager to start her new life. And, almost instantly she realizes how unequipped for this she is, how in over her head she is, but also how thankful she is for everything her parents have ever done for her, and for instilling a mentality in her that will keep her from giving up, and she begins this new stage of her life on shaky legs, but with conviction that she’ll make it work. 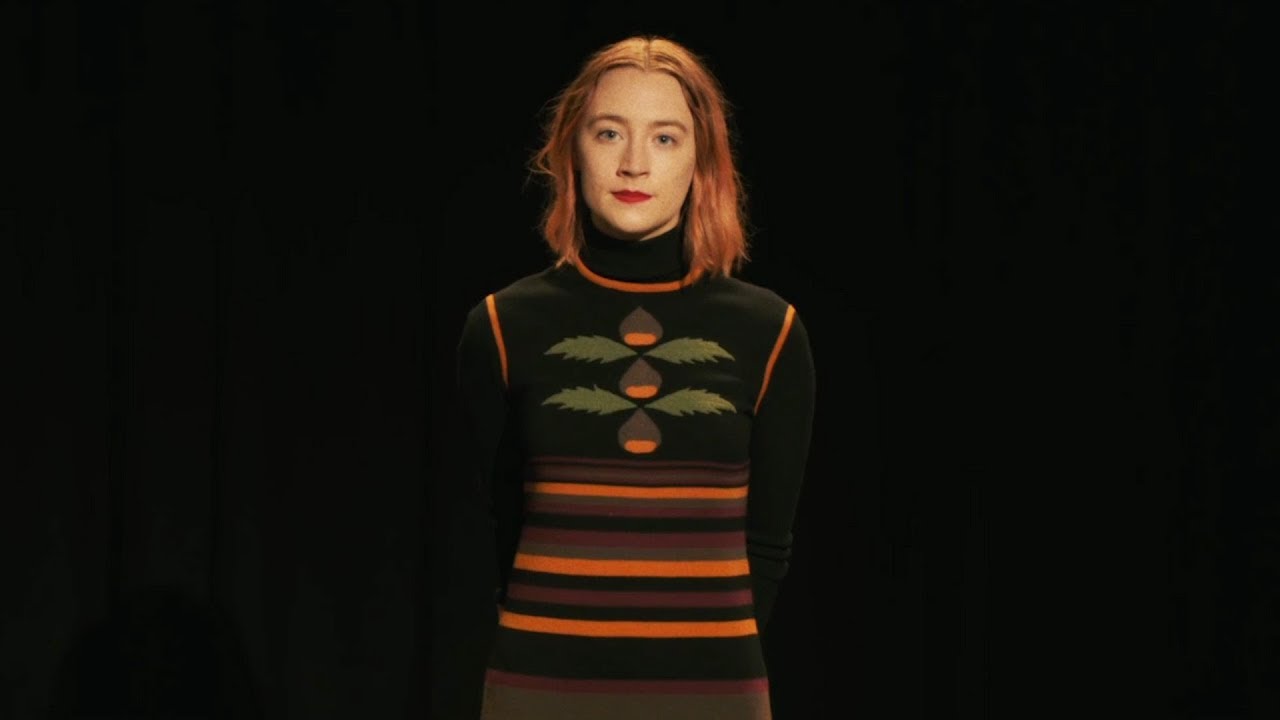 Lady Bird is a film that almost instantly feels relatable and familiar. The coming-of-age drama is a pretty ubiquitous style of film, and it can occasionally feel like we’ve already seen everything in a film like Lady Bird before. Fights with parents, first loves, loss of virginity, worries about class, and a struggle to find out identity are all topics that movies have tackled before. But, where this film succeeds is in the absolutely delightful acting and chemistry between characters. Gerwig has written a group of incredibly realistic, and more than likely rather auto-biographical, characters, and the actors that portray them carry what could otherwise be a rather predictable film. This film is a cavalcade of wonderful performances, especially from Lauire Metcalf as Lady Bird’s perfectionist but ultimately loving mother and Lucas Hedges as the confused and conflicted Danny. But the real driving force of this film is the tremendous performance from Saoirse Ronan as Lady Bird. She so perfectly embodies this spoiled, rather pretentious girl who thinks she knows everything and is impatient for the rest of the world to catch up with her. There are moments in this film and this portrayal that blew me away, such as the amazingly subtle facial changes Ronan makes between her being furious at Hedges for their breakup and her realizing that he’s in an infinitely worse situation that she is and needs a friend. I’ve been impressed with Ronan in general over the last couple of years, but her performance as Lady Bird cements her as one of the greatest of her generation.

After watching Lady Bird I was rather conflicted and confused. Because on its surface this film, and the character of Lady Bird, feel very similar to the films of Noah Baumbach. But, unlike those films, I quite enjoyed this one. And, after a lot of thinking, I believe I may have finally cracked that nut and figured out why I don’t like Baumbach, and why this film resonated with me. The age of the protagonist. Lady Bird feels like a similar character to Frances Halladay and Brooke Cardinas, what with their pretension and failure to get their act together, but Lady Bird is in high school where those women are in their thirties. High schoolers are expected to be pretentious and not have their shit together. They’re still forming their own opinions, and they haven’t figured out what the actual world is like. Lady Bird is from a small town, has barely ever had a job, and has been kept away from reality by a Catholic education. She’s going to find life on her own in New York incredibly different, and unlike what she thought it would be. She’s a character how grew up thinking that she was different from everybody else, and would be warmly welcomed by a more artistic and thoughtful world far away from her. But that’s not reality. She’ll find her place in the world, but she’s going to learn that what she thought it was was wrong. But, she’s eighteen, she’s still allowed to be figuring this out. Whereas I personally get so irritated with Baumbach’s protagonists who are still struggling to get this sorted out when they’re in their thirties. Which, upon reflection, I think is my own personal issues. I’m a person who by 27 was married, had a house and a legitimate career, and found it easier to slip into some semblance of adulthood. So, when I see characters like Baumbach’s protagonists piss away their youth while expecting everything to be easier, and or their lives to be the precious fairy tales they always wanted them to be, I get frustrated. This is obviously my own hangups, but it took Lady Bird, a film I quite liked, for me to finally figure out why I didn’t like a whole filmography of different movies.

Lady Bird was written and directed by Greta Gerwig and released by A24, 2017.