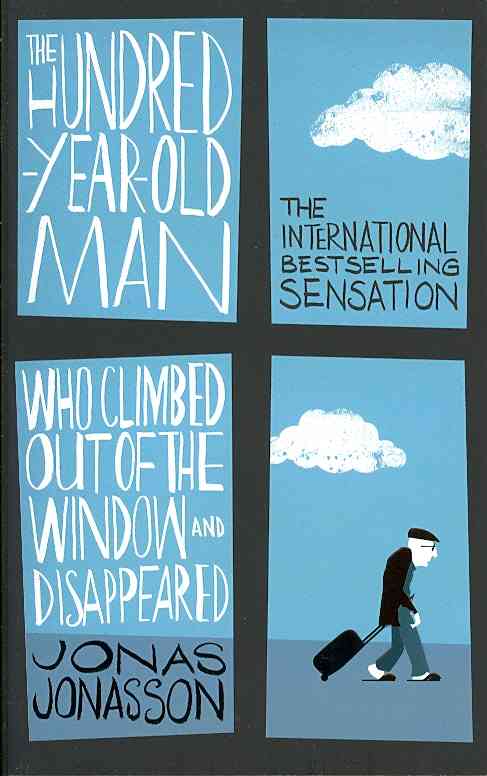 After a string of excellent, but a tad heavy, novels lately, I figured that it was high time to pick up something a little lighter. Something a little sillier. Plus, since we’re now in October, and it’s time to start focusing on stories of the more macabre variety, it’s an excellent time for a palate cleanser. So, after scrounging around my Kindle for something that fit the bill. And I certainly found it. The Hundred-Year-Old Man Who Climbed Out the Window and Disappeared is a novel I’ve had for quite some time, primarily due to the fact that when it was translated into English it gained quite a reputation as a hilariously fun novel. This was a story that took over its native Sweden, was translated into dozens of languages, and was even made into a Swedish film that became one of their most successful films of all time. Hell, it’s even being adapted into an American film in the comics years, which hopefully will be moving in the right direction. Because this story has a certain universal appeal that worked wonders on me. I’ve seen it likened to Forrest Gump, which normally would be a red flag for me, but actually ended up being a good comparison. That is, if Forrest Gump had been done with a a twisted and fun sense of humor instead of an abundance of schmaltz.

The novel tells the story of the titular hundred-year-old man, Allan Karlsson. His story is told in two different forms, his past and his present. As far as his present goes, Allan is living in a retirement home, and is pretty miserable. On his hundredth birthday Allan decides to flee from the home, and find some new life. Along the way he accidentally steals a suitcase full of millions of dollars from a young drug dealer. Allan continues to flee from the drug dealer and his gang, while picking up a whole litany of friends who help Allan find a new life. He meets a relatively younger conman named Julius, an extremely learned by naive man named Benny, a foul-mouthed and solitary woman named Gunilla, Benny’s bible-selling brother, an elephant named Sonja, and even the leader of the gang whose money Allan stole. This group of oddballs trek all around Sweden, keeping ahead of the police who initially began trying to track down this missing old man, and ended up being baffled by a confounding string of apparent homicides they leave in their wake. And, while fleeing from the police, this gang become very close, and agree to use the money to spend the rest of their lives on an island paradise together.

But this isn’t the whole story. Because threaded in between this tale of what Allan Karlsson is doing in the present is his life story, which if I’m being completely honest, were the parts of the book that worked best for me. Because Allan Karlsson had a truly bizarre life. He was left on his own pretty early in his life, after his father fled to Russia to participate in the Russian Revolution, and his mother died. But Allan was able to create a living by becoming an expert in explosives. And this expertise is what helps take Allan all around the world. He ends up being convinced to go to Spain to participate in the Spanish revolution, only to end up befriending General Franco and aiding him. He made his way to America where he was brought to Los Alamos and helped the Manhattan Project create the Atom Bomb. He befriended Harry Truman before being sent to China to wage war against the Communists, and saving the wife of Mao Tse-Tung. He crossed the Himalayas on foot and was abducted by some  Iranians who wanted him to assassinate Winston Churchill. He was kidnapped by the Russian government, met Stalin, and was forced to aid in their creation of an Atom Bomb. He met Albert Einstein’s simple half-brother Herbert in a gulag. He met Kim Il Sung, Kim Jong Il, and Mao Tse-Tung only to be sent to live in Bali. He became a spy for the American government after meeting Lyndon Johnson, and got a commendation from Richard Nixon. And then he lived a peaceful life back in Sweden until he blew up his own home, and was trapped in that retirement facility, bringing us back to his first story.

The tale of Allan Karlsson was an absolutely delightful one. When going through the novel I hadn’t expected to be so drawn into the backstory side of things, what with the present plot being about and old man seemingly waging a war with a gang of drug dealers. But when we began delving into the life of Allan Karlsson, one thing become pretty apparent. A knowledge of how to blow things up can get you very far in this world. Allan Karlsson is a rather simple man, with no formal education, no interest in religion or politics, and whose only area of interest is in making things explode. And that’s all he needed. He was able to travel the world, meet some of the more important people in modern history, change the shape of the world, and all because he was talented at destruction. Because that’s what humanity really seems to appreciate. The ability to destroy and kill. And whoever can do that most efficiently is someone who is in very high demand.

The Hundred-Year-Old Man Who Climbed Out the Window and Disappeared was written by Jonas Jonassn and published by Piratförlaget, 2009.

Tagged as: 2009, Explosive, History, Jonas Jonasson, Page Turners, Sweden, The Hundred-Year-Old Man Who Climbed Out the Window and Disappeared, War