The Confounding Experience That is the Dark Tower 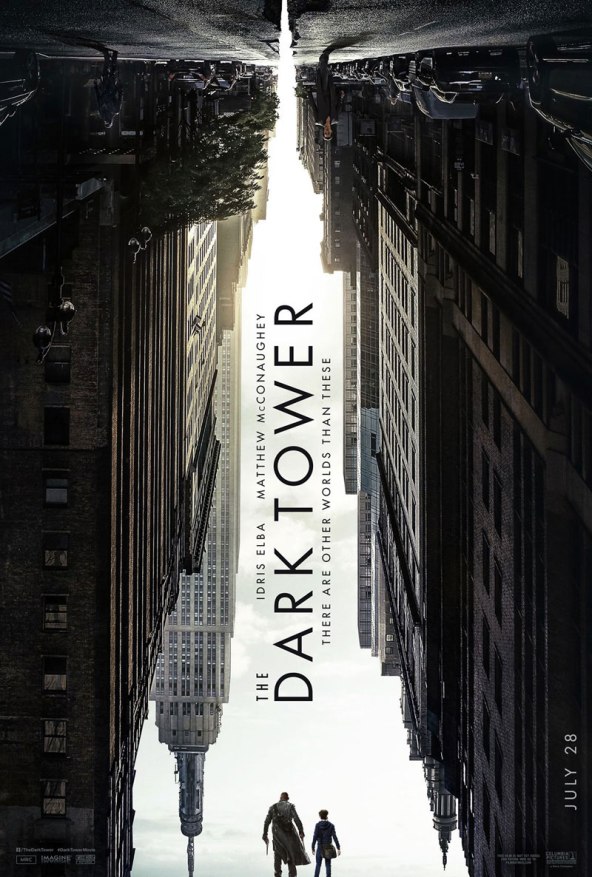 We’re living in a pretty terrific world if you’re a geek. The things that used to be considered lame or overly niche fifteen years ago are now dominating the box office and the television ratings. People are obsessed with formerly geeky properties, and it’s reached the point where we’re no longer getting shameful adaptations that seem to find the very idea of their existence laughable. No, now we’re getting adaptations made by people who love the thing they’re adapting, for other people who love what they’re adapting. We’re getting stories that fully embrace their ridiculous roots, and people cheer on properties like The Guardians of the Galaxy or a Song of Ice and Fire that would have been deep cuts for only the nerdiest among us. And let me tell you, it’s reached the point where we’re primarily seeing adaptations that respect the source material, and that adapts it honestly. So, the times have flipped, because now it’s notable when we get an adaptation that seems bafflingly  obtuse and uninterested in telling the story that it’s ostensibly adaption. Which brings us to the Dark Tower, the adaptation, sequel, or remix of Stephen King’s epic, seven-part series of novels. And boy is it a goddamn mess.

The Dark Tower tells the story of Jake Chambers, a boy in modern-day New York City who is plagued by terrible nightmares. Every night he sees confusing visions of a mysterious world, a heroic gunslinger, a mysterious Man in Black, and an assault on a foreboding Dark Tower. Jake’s mother and step-father think that he’s going insane, but Jake is convinced that these dreams mean something, and that he is going to play a role in whatever this conflict is. Which is made even more pressing when Jake starts to notice people with false faces following him around the city, before being warned by a homeless man that Jake has a Shine that will draw people to him. And this is true. Because the Man in Black, in a whole other world, has been hunting down children with special psychic abilities to help him wage war against the Dark Tower, and he thinks that Jake may be the perfect candidate. So he has some agents on Earth pretend to represent a special school that’s interested in helping Jake. Luckily Jake is able to recognize their true motives in time though, and he’s able to escape them and find a portal that transports him from Earth to the world of his dreams, Mid-World.

And once in Mid-World, things begin moving rapidly for Jake. He almost immediately meets the gunslinger from his dreams, Roland, a mysterious peace-keeper with preternatural aim who is hunting down the Man in Black, who he calls Walter. Roland tells Jake that Mid-World and Earth are all in the same universe, along with several other realities, and they’re all controlled by the Dark Tower. It’s the only thing keeping all of reality safe from extra-dimensional demons, and Walter is hoping to bring the Tower down and let them in. And when Roland learns that Jake has seen visions of Walter’s base of operations he takes Jake to meet a nearby psychic who can hopefully help them find its location. Unfortunately Walter and his forces have also tracked down Jake and Roland, and he sends an army to kill Roland and bring Jake to him. In the village though a psychic is able to find where Walter’s base is. However, it’s several weeks away, which means they won’t be able to get there in time. Until Jake realizes that if they go back to Earth they can find the path that Walter’s agents took to attack him, getting a shortcut. And, luckily, these random villagers have access to a portal. So, after fighting off all of the soldiers Walter send their way Jake and Roland return to Earth, and begin hunting down the location of Walter’s portal. But things aren’t going to be so smooth, because Walter has figured out their plan, and has killed Jake’s parents and fortified the location of his portal. Jake and Roland end up getting separated in a gun-store, and Jake is brought back to Mid-World where Walter plans on using his psychic abilities to shatter the Dark Tower. Unfortunately Roland is the absolute best, and he’s able to fight his way into Walter’s stronghold, kill Walter, free Jake, and destroy their whole operation. Jake and Roland then return to Mid-World to wander around and be heroes. 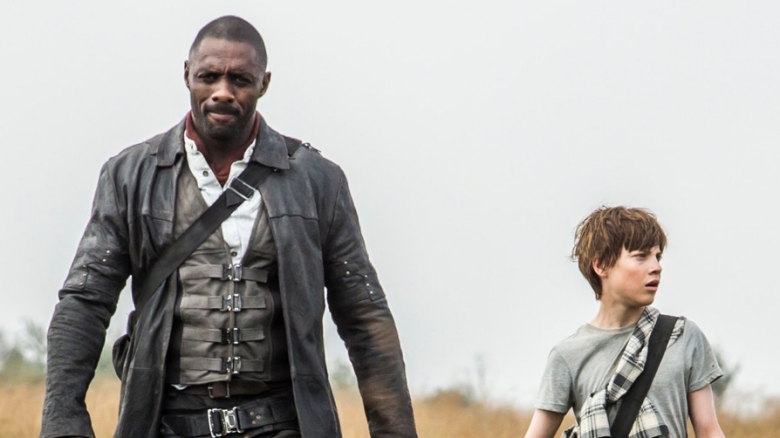 The Dark Tower is one of the most confusing and bizarre theater experiences I’ve had in a long time. I really can’t remember a movie from recent memory this unwieldy and confounding. I will say, the only entry to the Dark Tower series I’ve read is the first novel, the Gunslinger, and I honestly feel like that just made things more confusing. Because this film feels like they attempted to adapt the entire seven-book series into one hour and a half movie. Which makes for a truly insane experience. This film doesn’t really feel like a story, it’s a summary. Every single scene of this film feels like it’s just characters standing around, spewing as much exposition as possible so that there’s some semblance of logic going on. This story seems like it should be an epic. I’ve heard that the novels are a very enjoyable experience, and pay off decades of love of Stephen King’s novels. But that’s not what we get here. I have also heard that this film was intended to make sense only if you’ve read the novels. In theory in condenses the whole series, and uses shortcuts to attempt to show you what a massive epic would look like if you condensed it to one story that tried to encapsulate the whole thing. Which is just such a fascinatingly bad call. Because, no offense to the book series, but is it really that known to accomplish such a task? This movie was supposedly designed for people who already knew the story, and wanted to see a compressed version. And I cant imagine there was much of an audience for that. Not even taking into account the fact that most people who love the stories seem to be hating this just as much as the baffled masses who are experiencing it. I mean, I like seeing Idris Elba be a badass gunslinger and shoot some weird rat-people, but I have no idea why he was doing it. The Dark Tower seems like a fascinating tale that rewards examination and would make for a tremendous adaption that fully embraced the minutia. Not a movie that feels like a poorly written Wikipedia page. Well, now I’ll make an effort to actually read the rest of this series and experience this story in the way it was intended to be experienced, with respect and time. 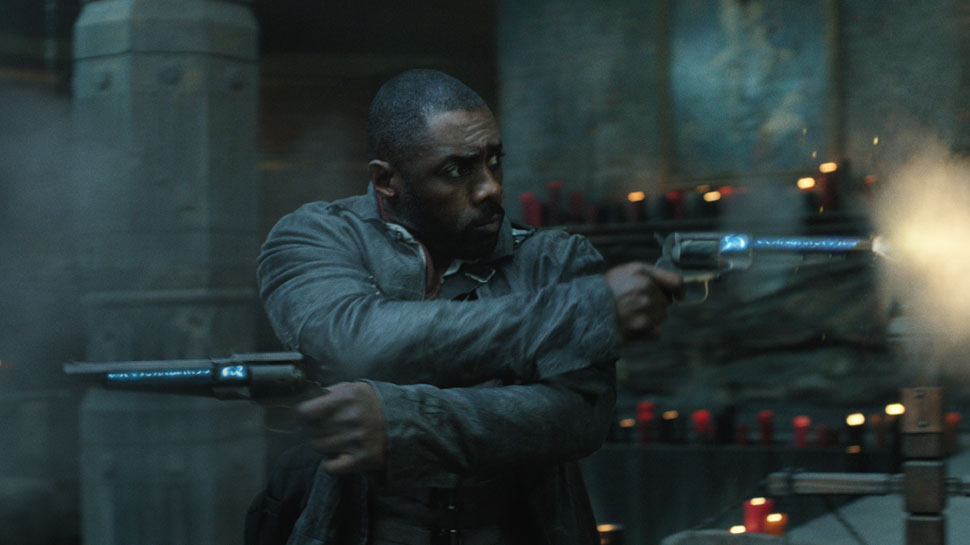