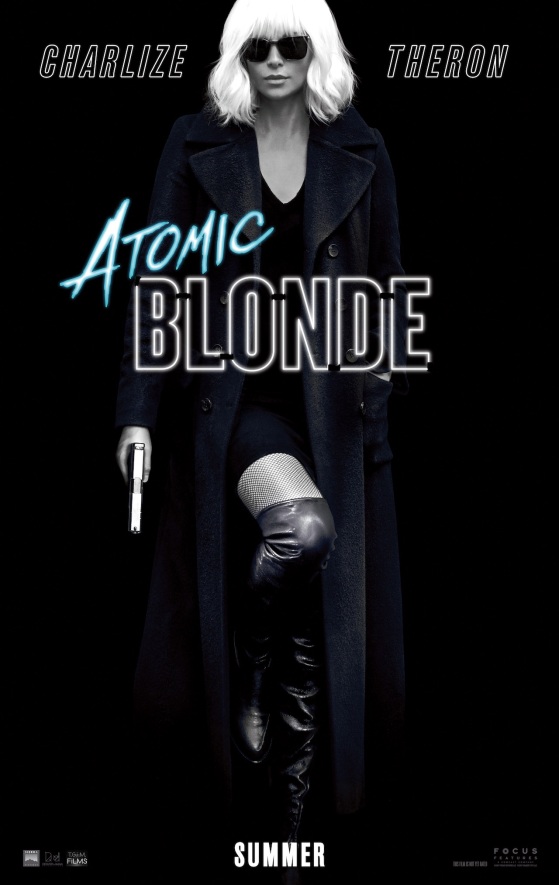 The spy genre is very similar to the Western. There was certainly a heyday where most of the classics of the genre came from, but it’s continued to come about. Because the spy genre is one that people will never get old of. There’s always going to be international squabbles and enemies that will necessitate the stories of the spies who fight that invisible war. The times have changed, and the types of enemies that they’re fighting against have likewise changed, but people are always up for living some wish fulfillment and seeing the exciting, glamorous, and violent life of the spy. And, now that conflicts with Russia seem to be back in vogue, it stands to reason that a certain amount of nostalgia for Cold War spies would be coming back. So, take that Cold War spy aesthetic, toss in one of the creators of the John Wick franchise, and add in the almost always superb Charlize Theron, and you would have to imagine that we’d be in for something special. And, you know what, I for one think that we did. Because I had a hell of a good time with this film.

Atomic Blonde tells the story of Lorraine Broughton, an extremely capable British spy who through a frame story is being debriefed after a sensitive mission. She was sent to Berlin, the week before the Wall fell, to retrieve a List that gives the identities of ever active agent operating in the Soviet Union. Including the identify of a mysterious double agent known as Satchel. A fellow agent, and lover of hers, had been killed by the KGB, and she’s to find the List and get it out of Berlin before anyone from the other warring factions can obtain it. So she heads out to Berlin where she meets with her contact, and MI6 agent named David Percival who has been in Berlin for years, and has gone a little native. Percival is loud and a bit of lout, but he seems capable enough, and he and Lorraine begin tracking down the location of the List, and the KGB agent who stole it. However, this partnership runs into a bit of a snag when Lorraine decides to go check out the agent’s apartment, only to find proof that he and Percival knew each other much better than Percival let on. Oh, and a bunch of Russian agents waiting for her. Which is a problem, since Percival was the only one who knew she’d be there. Lorraine manages to subdue all of the Russians though, and gets back to Percival’s safehouse, where she confronts him with the fact that she doesn’t trust him, and that she is going to be finishing this mission on her own.

So Lorraine begins traveling around Berlin, hunting down her own leads and making her own connections. She meets with a mysterious watchmaker who works as an intermediary with sensitive information, and a French agent named Delphine who Lorraine seduces for information. Meanwhile, Percival has used his connections in Berlin to find the KGB agent who has the List, kills him, and retrieves the List. But, that’s not the end of the mission, because it turns out that one of Percival’s contacts, a Stasi agent with the codename Spyglass, has memorized the List, and demands that Percival and Lorraine get him and his family out of the country. They agree, and prepare a daring defection for Spyglass, which is almost immediately botched when Percival shoots Spyglass, and tips off the Russians. Lorraine then has to fight in a truly impressive digitally assisted one-shot fight scene, where she kills several Russian agents. But, in the end, she’s unable to save Spyglass. That does finish the mission however, which means she needs to find Percival and figure out what he’s up to. Percival ends up killing Delphine, who turns out to have been working for him, and he’s trying to cover his tracks. Which seems suspicious, until Lorraine finally finds him, and we learn that the reason he’s acting so weird is because he’s found out that she is in fact the double agent known as Satchel. But, Lorraine is a better agent than Percival, and manages to kill him, and frame his as Satchel, returning to England while lying that she didn’t find the List. But, never you fear, because Lorraine isn’t a double agent for the Russians, she’s actually some sort of triple agent, really working for the Americans. Which seemed a tad needless, but whatever.

I had a really great time with this film. I absolutely love John Wick, and when it came out that the directing partners who created that film were splitting up for two separate projects, I began to wonder how things would pan out. And now that I’ve seen John Wick Chapter Two and Atomic Blonde, I think it’s safe to say that both of these directors, David Leitch and Chad Stahleski are both incredibly talented. Stahleski may be the ideas man however, since John Wick Chapter Two ended up having so much glorious world building, but Leitch is now slouch. He has created an extremely enjoyable and expertly crafted spy film that takes full advantage of it’s time period and locale, creating a movie dripping in neon and sleaze. Charlize Theron is absolutely tremendous as Lorraine, delivering a truly exciting performance and pulling off some tremendous stunts. I adore sleazy James McAvoy, and this film has him at some of his sleaziest, just reveling in being a complete asshole. I understand that this film hasn’t been everyone’s cup of tea, and I do recognize a lot of the flaws that kept others from enjoying it. The treatment of Delphine, and the adherence of the doomed lesbian romance trope is a complete bummer, and I have no justification for that. But there’s also the complaint that it’s structure left a lot to be desired, that the frame story was needless, and that the plot was hard to follow.

And this is where I don’t agree. Yes, the frame story was a little needless, and often pumped the beaks on the momentum of the story, but I don’t understand the complaint of the plot being too complicated. I may read and watch more espionage stories than the average person, but they’re rarely cut and dry. It’s a complicated world, especially in a story full of double-crosses and back stabbing. Watching Atomic Blonde really hit home the fact for me that a good espionage story really shares a lot of the same DNA as  good noir story. We have a morally questionable protagonist being dragged all around a location, from the seedy depths to the pampered heights, all in search of some MacGuffin that will save the day. And, if there’s anything you should know about me from reading this site, it’s that I love me some noir. Lorraine Broughton may be a little deadlier than your typical noir hero, but I really do feel like she has more in common with them than someone like James Bond or Jason Bourne. She’s just a professional, doing a job. It’s a messy job, and she’s quite good at it. I would love to see more adventures with Broughton in the future, although I imagine that would run into the same problem as the Bond franchise with struggling to figure out what to have her fight against in the 90s, the awkward time for espionage fiction between the Cold War and before the rise of Western terrorism. But, regardless, I had a lot of fun with this movie. It may not be for everyone, but when you make a cocktail with equal parts Bond, Raymond Chandler, and Michael Mann, I’m going to be interested.

Atomic Blonde was written by Kurt Johnstad, directed by David Leitch, and released by Focus Features, 2017. 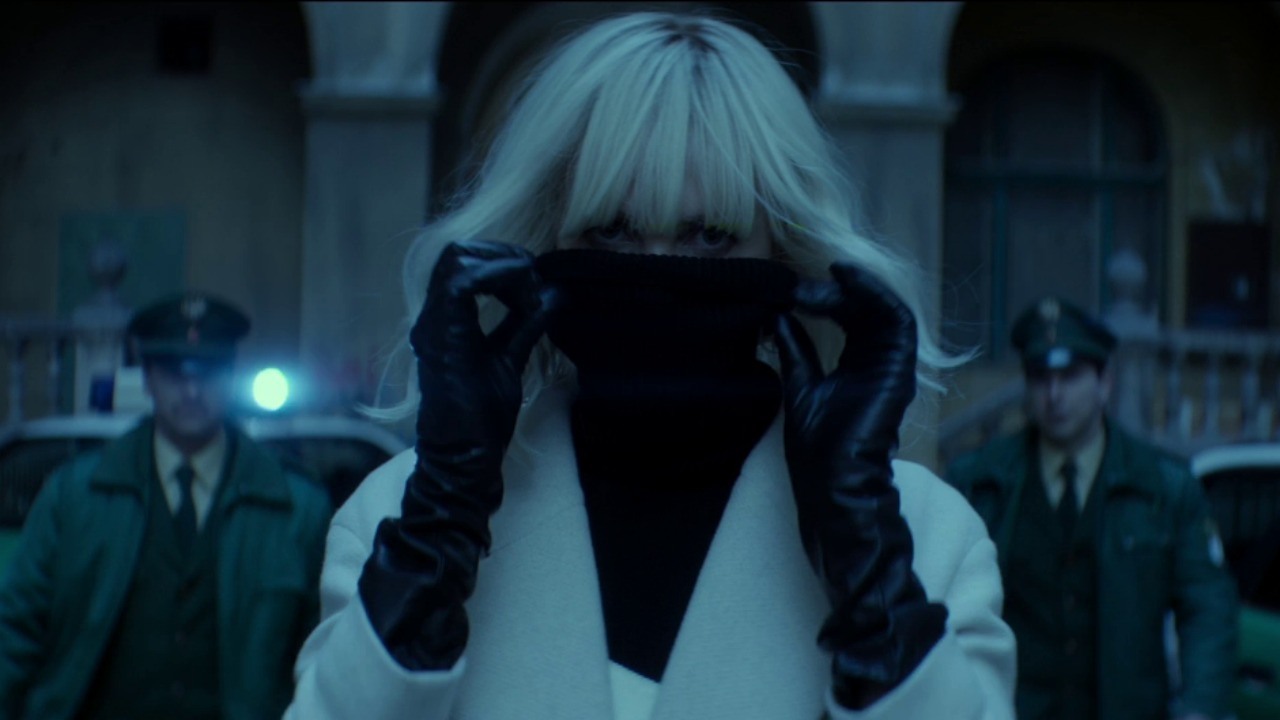