Well, now that we’ve made our way through the real Bond series, I figured that I would round out the month by talking about some extra curricular Bond related stuff. And what better way to start this phase of the Bondathon than by discussing the very first adaptation of James Bond, an episode of the short-lived CBS television show Climax! Now, in case you aren’t familiar with this incredibly strange little piece of Bond history, it’s actually a very strange story. Climax! was an anthology series that produced hour-long stories, most of which were presented live. The series was largely forgotten, fading into the sands of time, until kinescopes of the original broadcasts were found in the 1980s. One of which was an adaptation of Ian Fleming’s very first Bond novel, Casino Royale. It obviously needed to be pretty truncated to fit the hour-long run-time, but they managed to make a pretty tight adaptation of the story. However, there are also some fascinatingly weird choices made during this adaptation that make it quite memorable, if for no other reason than the oddity it presents itself as.

The story begins with an American agent James “Jimmy” Bond arriving at a fancy casino known as the Casino Royale. Yep, he’s an American in this version, and everyone calls him Jimmy. He’s there on a mission from the “Combined Intelligence Agency” to beat a Soviet spy named Le Chiffre at baccarat so badly that his Russian spymasters will have no choice but to kill him. But he’s not going to have to do it on his own, because he’s set to meet with a British agent as well, who is tasked with aiding Bond in his gambling was with Le Chiffre. So after surviving an assassination attempt outside of the Casino Bond heads inside and meets up with Clarence Leiter, the British agent. The two discuss the rules of baccarat while planning out their offensive on Le Chiffre. But they aren’t the only ones, because Le Chiffre himself has noticed both Bond and Leiter, and realizes that he’s going to have to take them down. He’s surrounded himself with three goons, but his real ace in the hole is a woman named Valerie Mathis, who Bond once had an affair with. Le Chiffre doesn’t really seem to understand who Bond is, or how much trouble he’s going to be, but he knows that he’s a risk to his winning that night, and has no choice but to send Mathis to Bond to get information. Bond tries to downplay his previous relationship with Mathis, but the two do head to his hotel room to talk while Le Chiffre continues to gamble. Bond has of course realized that his hotel room is bugged, and tries to get some real information from Mathis, while keeping his statements as vague as possible while Le Chiffre is listening.

But eventually Bond has to return to the game, where he begins battling with Le Chiffre. We’re then treated to a whole bunch of baccarat, ending with Le Chiffre losing, and Bond winning the tournament, just like they wanted. However, Le Chiffre is a sore loser, and immediately has his men kidnap Mathis and take her away. Bond takes the winnings in the form of a check, and hides it so that Le Chiffre cannot steal it back and save himself while Leiter tries to find Mathis. He fails though, so Bond has to return to his room, only to find Le Chiffre, Mathis, and Le Chiffre’s goons waiting for him. They reveal that Mathis is actually French secret service, and he’s been blackmailing her into helping him, but now he’s ready to torture and kill both of them unless they give him the money. Bond of course refuses, leading him to get placed in a bathtub while one of Le Chiffre’s goons breaks his toes with some pliers. However, despite all of the torture Bond refuses to give Le Chiffre the check. And this drives Le Chiffre so insane that he grabs Mathis and threatens to kill her, figuring that this will spur Bond on. However Mathis manages to struggle, giving Bond the vantage he needed to shoot Le Chiffre, ending the whole affair.

So yeah, this isn’t quite up to the same quality as the Daniel Craig Casino Royale. If I’m being completely honest, this adaptation is kind of terrible. I know you can explain a lot of the flaws away on the fact that this was a live broadcast, and the only form that we have it in is a rough black and white kinescope of the original, but even beyond that it’s pretty rough. Barry Nelson is woefully miscast as a deadly spy, coming off more as an aw-shucks rube, and not at all the kind of cold killer that James Bond needs to be, especially in this story. Leither and Mathis  meanwhile have so very little to do in the story that you barely notice that they’re in it. But I think the biggest bummer about this whole experience was the fact that they got Peter Lorre to play Le Chiffre, some spot-on brilliant casting, and Lorre appears to be phoning it in like crazy. I spent most of the run-time of this story trying to figure out why he appeared to be doing something approximating a Jimmy Cagney impression. It was weird.

And yet, I think I would recommend people checking it out, if you can. It was released in conjunction with the 1967 Casino Royale, which I’m afraid we’ll be talking about tomorrow. And I think the reason that I would recommend tracking it down is that it’s just kind of hilariously weird. We have a fairly faithful adaptation of a portion of Casino Royale, just the gambling parts, while somehow being utterly wrong. We have an American Bond, helping a British Leiter, to stop a fairly correct Le Chiffre, while trying to figure out what’s going on with a weird combination of Vesper and Renee Mathis. It’s very odd. But it was apparently successful, because a couple years after this broadcast CBS approached Fleming to create a whole series of Bond stories, presumably still with him as an American played by Barry Nelson. Which would have been awful. Imagine if that had actually happened. We almost certainly would never have gotten the EON Bond films, the series probably would have been forgotten, and James Bond wouldn’t be remembered at all. What a horrible, bleak world that would be.

“Casino Royale” was written by Charles Bennett and Anthony Ellis, directed by William H Brown, Jr, and released by CBS, 1954. 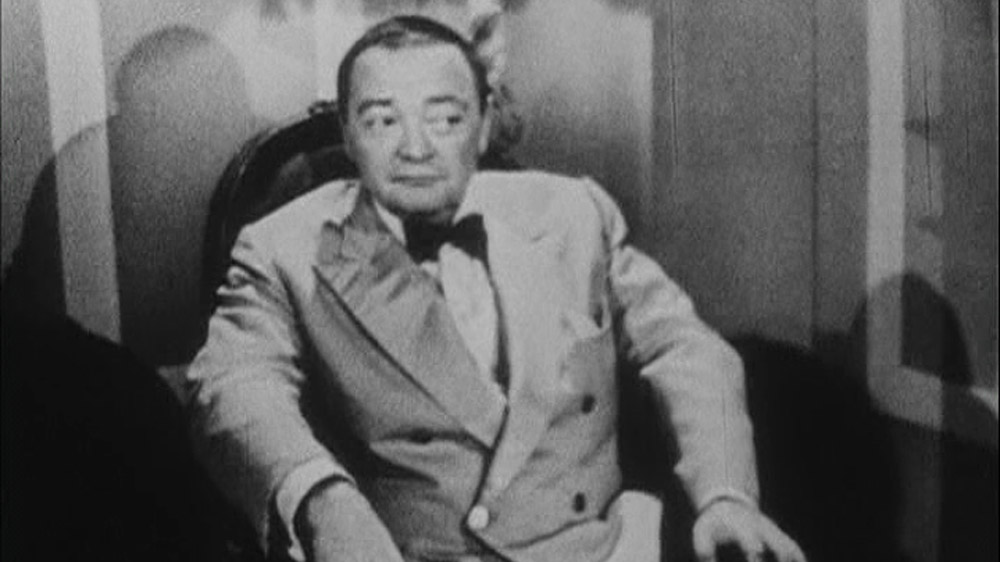