Dunkirk and the Horror of Vulnerability

I’ve been a little worried about Christopher Nolan. For ages the man seemed to be directing some of the most interesting and enjoyable films out there, coming across like he was lined up to become one of the all time greats. But after the personally fairly disappointing one-two punch of The Dark Knight Rises and Interstellar I was a tad concerned that maybe something had fallen apart. I know that there are people that really like both of those films, and that not every movie can be tailor made for each person, but for so long Nolan seemed to be exactly on my wavelength, and seeing him put out two films that just kind of breezed past me made me feel like maybe he’d undergone some new creative change that had removed himself from that wavelength. I was still of course excited to hear that Nolan was getting ready to make a new movie, and a war epic at that, but some spark had faded on his name. Plus, while I greatly enjoy Nolan’s past films I would exactly say that he demonstrated the kind of grasp of human emotion that’s necessary for a war drama. But, delightfully, I have been proven wrong. Because not only did Nolan get back on my wavelength, he created one of the best films of his career.

Dunkirk tells the story of several different groups of British people during the evacuation of Dunkirk during World War II. We have three major locations, the Mole (the beach that the soldiers are waiting to evacuate on), the Sea, and the Air. On the Mole we have a group of young privates, trying absolutely everything that they can do to get onto one of the few ships departing the island. They’ve already experienced the horrors of the war, and now that the British are being forced off the mainland they want nothing more than to go home, to escape the horrors that they’ve just endured. The folks on the Sea are a man named Mr. Dawson, his son Peter, and Peter’s friend George whose ship has been commandeered by the Navy to go attempt to rescue soldiers. Dawson and the boys insist on going themselves, so they fill their yacht with lift-rafts and head off to Dunkirk. And the Air features a trio of pilots, tasked with scaring off the German air force from picking off the poor soldiers awaiting their ships home. They all have their tasks, and they’re all just trying to survive.

Over the course of the film we see  these three groups fight for their survival, while trying to stay in one piece, both mentally and physically. The privates on the beach have the hardest time, sneaking aboard ships, getting torpedoed, returning to the beach, and just having every single scheme they devise fall apart. They’re just scared kids, and they want nothing more than to go home. The family on the Sea also have a pretty rough time. They fairly quickly come across a ship-wrecked naval officer in the English Channel, and they pick him, soon realizing that he’s shell-shocked, and terrified of returning to Dunkirk. He ends up fighting the family, pushing George down the stairs below-deck, giving him a horrible head injury. But the pilots aren’t having an easy time either, they running on very little fuel, but manage to shoot down several German planes, doing their best to keep the escaping ships safe from being sunk. And, but the end, all stories have converged. The privates finally manage to get aboard the personal ships that have arrived, including the one sailed by Mr. Dawson and his family, and the pilots have succeeded in keeping the ship safe. There are some casualties of course, but the vast majority of British soldiers succeed in getting back to England, where they expect to be welcomed as failures. But they aren’t. The British people are demoralized, but are taking this evacuation as a reason to stand even closer together, to welcome the soldier back as heroes, and to continue fighting, ever forward.

This film is an incredibly experience. Like I said up top, I’ve mostly been a fan of Christopher Nolan’s entire career, but that being said, I never thought he had this in him. This film is a masterpiece of suspense, becoming Nolan’s most personal film, and also his most human. This film is brimming with emotion, and becomes instantly relateable. I really can’t remember a film similar to this one. You quickly get swept up in the film, and are thrown into a tense world, where characterization doesn’t really matter, and emotion carried that film. I really had no idea what most of these characters names were, which normally would have driven me insane, but this film succeeds in grabbing you from the first frame, and caries you to the very end. Every actor in this film absolutely nails their performances, showing a wide litany of men who are being driven to the brink of madness, trying to survive. And these performances are bolstered by Nolan’s usual crew building one of the most beautifully crafted films of the year. Everything from the cinematography, to the score, to the editing come together to make a film that throws you deep into the psyche of soldiers, putting you through the strain, the fear, the uncertainty, and the dread of this event.

Thankfully I have never been put in a position of experiencing war. I have gotten to lead a cushy life, never having to know what it’s like to be given a weapon and told to go kill other people.It’s always seemed like a horrible idea, being a kid a being told to become a murderer for reasons you don’t fully understand. And that feeling comes across loud and clear in this film. For the most part, these men are boys. They’re young citizens of England, who have answered the call. They’ve been given weapons, told that they’re men, told that they’re heroes, and told that they need to be valiant. But they’re still children. They’ve been sent to a place that they aren’t familiar with, and things haven’t gone how they thought it would be. They’ve been defeated. They’re fleeing Dunkirk, and just trying to get home. They’ve been made helpless and vulnerable. And that’s the most terrifying thing of all. Not just the fact that they could die at any moment, but the fact that there’s nothing they can do about it. They’re literally cornered, trapped on a single solitary beach, waiting to be saved. War is hell, and war is horror. But the carnage and horror of the battlefield is something far different than the horror of being trapped, and knowing that there’s nothing you can do to change that. It’s a deeper horror, and one that Dunkirk expertly weaves. The score of this film is a ticking clock, a beating heart, a brutal reminder that the end is coming, and they’re helpless. Dunkirk isn’t just a war movie. It’s not a story of valor and heroism. It’s a horror movie, a movie about survival, and succeeding despite the odds. And it’s a masterpiece.

Dunkirk was written and directed by Christopher Nolan and released by Warner Bros. Pictures, 2017. 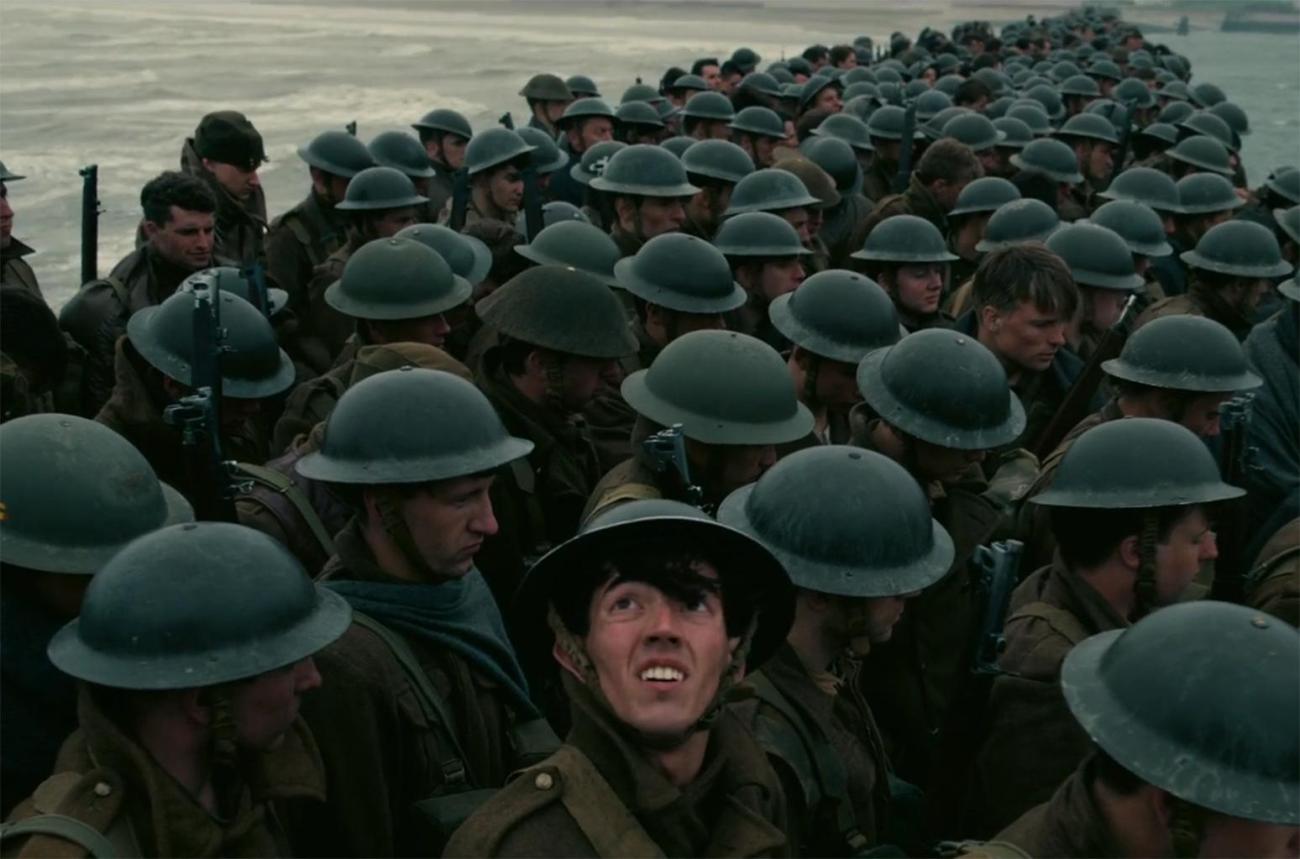