I’m a huge sucker for Marvel. I grew up with these characters, and while I do enjoy DC and have some favorites characters and stories from them, I’m completely a Marvel guy. I don’t think that that makes me blind to flaws in stories put out by Marvel, be they movies, films, TV shows, or even video games, but I certainly am willing to give them a bigger pass than most. I certainly prefer it if my Marvel stories have quality plots, are well constructed, and actually feature decent character work, but there are times that just simply seeing a character that I’ve loved for most of my life making the leap to a new medium. But there are definitely times where I run into an adaptation of a character that I love, and things miss the mark. I’ve seen a lot of complaints on the internet about the Marvel shows that Netflix have been putting out. That they’re overly long, dull, and and don’t have enough of the fun and charm of the Marvel films. I disagree with these assertions, and have greatly enjoyed Daredevil, Jessica Jones, and even Luke Cage. They’ve all been a whole lot of fun to me, and have featured some of my favorite comics characters of all times. I still have issues with them using the title Defenders for their team, but I’ve been completely in the bag for these shows. And of course, the knowledge that the final Defender to join the party would be Iron Fist had me excited. I really love Iron Fist, especially in the context of him working with Luke. By even on mostly solo stories, like the Claremont originals and the Immortal Iron Fist series from Ed Brubaker, Matt Fraction, and David Aja. Then things started coming out about the show. The casting was a red flag to begin with, but I knew that I would still give the show a fair shot. Then the reviews started coming in. But that usually doesn’t matter to me, I like what I like and don’t need other people’s opinions to alter that. So when the show finally dropped I dove in like I usually do with the show. And folks? It’s not good.

Iron Fist tells the story of Danny Rand, the heir to the massive Rand Enterprises, who has been thought dead for a decade after the plane he and his parents were on crashed in the Himalayas. But one day Danny returns to New York, bedraggled and shoe-less, and expects to be welcomed back in open arms by the Meachums, the family who has been running Rand since he was gone. Ward and June Meachum, two people who were basically siblings to Danny, assume that he’s a crazy person, and try to get him committed. But things aren’t as they seem, because it turns out Rand has been overtaken by the mystical criminal organization known as the Hand. The Hand, lead by Madame Gao, have infiltrated Rand, and have faked the death of Harold Meachum and have him under house arrest in his penthouse. So there are our villains, which means Danny’s going to need some allies. He manages to eventually get out of the mental asylum when he convinces the world that he’s actually Danny Rand, and ends up meeting a kung fu sensei named Colleen Wing. He begins hanging out with Collen while trying to keep the Meachum’s from being assholes, and lets everyone know that he’s the Iron Fist, a magical protector of a hidden city known as K’un-Lun. Danny is now a master at kung fu and can funnel his chi into his hand to make it indestructible. Danny then begins juggling all kinds of plots, trying to make Rand a decent company that does the right thing, get the Hand and their synthetic heroin operation out of Rand, track down Madame Gao, and help Harold Meachum destroy the Hand to save his own life.

But eventually things start going right when Danny travels to China with Collen and her friend Claire Temple, and they encounter Gao and her heroin operation. They manage to capture Gao, and learn that she was involved with the death of Danny’s parents. But before they get any more information they’re attacked by Hand soldiers, and Colleen is wounded. She has Danny call her former teacher, a man named Bakuto to come help, and things get nuts. Bakuto arrives and brings Danny and Colleen back to the hidden kung fu school that he runs. He helps Danny learn more about being the Iron Fist, showing him how to heal himself and recharge his chi. However, this is ruined when it turns out that Bakuto and Colleen are a splinter faction of the Hand, leaving Danny in an awkward position. But this is helped with the sudden arrival of a man named Davos, who is also from K’un-Lun. Davos saves Danny and the two escape the Hand. Turns out Davos was Danny’s best friend, and he’s come to New York to get Danny and bring him back to K’un-Lun so that he can resume his solemn duties as the protector of the magical city. But Danny convinces him to first let him defeat Bakuto and the Hand. Which they quickly do, and even convince Colleen to rejoin their side. And, with the enemy of the series defeated we now have to deal with a new villain, Harold Meachum. He’s going crazy due to the magic the Hand has placed on him to let him come back from the dead, and is actively trying to destroy Danny at this point. Oh, and he was responsible for killing Danny’s parents, putting the plane crash into action. So Danny and Colleen storm Rand Enterprises and end up killing Harold with the help of Ward Meachum. Danny and Colleen then return to K’un-Lun only to find it destroyed. 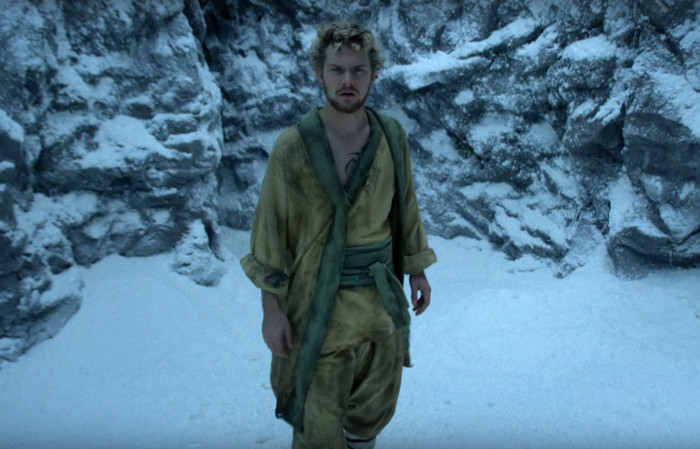 Okay, let me say right off the bat, this show is a mess. It’s poorly directed, has some spotty acting, and just generally isn’t written well. There’s like three seasons of plot going on in this show, mixed together and badly told. Having Danny deal with the Meachum’s and the betrayal of Harold, two separate versions of the Hand, and Davos is probably too much for a single thirteen-episode season. None of it felt well-told, and it all came off as rushed. Which is insane, because if they had taken one or two of those plots away and let the remainders breathe it might have been a solid story. But story wasn’t the only issue here. I know that the show is getting a whole lot of flack for being accurate to the comics and casting a white, blonde guy as Danny Rand, the best practitioner of kung fu in the world. And I definitely think that they should have cast an Asian-American in the role. Danny being white isn’t necessary, and more comes from the fact that at the time it was just standard practice to make a new character white, as if that was the default. However, I don’t think that making Danny Asian-American would solve all of the issues with his characterization in the show, since it would still be a guy who assumes all Asian people speak Chinese and who just bums around quoting Buddha like a college freshman who spent a semester abroad. Danny just isn’t the character I love in this show. He’s a dopey, gullible, and ultimately ineffective protagonist who just bumbles along with every plot development, being dragged by the supporting characters to actually accomplish anything.

I could talk forever about the technical issues that Iron Fist suffers from, the direction, the writing, the choreography, but the real issues I have with this show is that it has so much potential, and it squandered it all. Iron Fist shouldn’t be this difficult to nail down. Danny is an optimist who is trying to make the world a better place. That takes the form of using Rand Enterprises to help people, using his abilities to help the downtrodden, or using the Iron Fist to help K’un-Lun. But that’s not the guy we got here. These Marvel Netflix shows have been known to tackle interesting issues while also telling fun superhero stories. Daredevil has examined the concept of justice and if it’s possible to attain, Jessica Jones looked at the idea of trauma, and Luke Cage told the story of inequality. But Iron Fist doesn’t have anything. It’s just the story of Danny trying to get control of his family’s company back. They tease interesting paths that the show could go down, like the exploitation of the mentally ill, corporate greed, the opioid epidemic, or even something as blatant as duty. But it doesn’t do anything with them. Any of these themes could have sustained a fascinating Iron Fist story. Even if they had kept the shallow and lackluster portrayal of Danny if the show had doubled down on an engaging theme for the show to examine things may have turned out better. Instead we have a show that seems to change what it’s about every two episodes. It’s like the show will find one of these topics, point out that it found it, and then move on like that was enough. There just didn’t seem to be any flow to this show. I enjoyed parts of it, and I have to admit that any time they discuss some of the goofier aspects of Danny’s backstory I grinned like a child, but overall the show just didn’t seem to have any ambition. It just paid lip-service to ideas from the comics and fumbled along with an overly complicated plot for thirteen episodes. This show could have been great. We could have gotten some crazy kung fu revenge story, a tournament to save New York, or basically anything to give this series some life. I wouldn’t have thought it would be this hard to tell a decent Iron Fist story, and it’s really disheartening to see it done this way. Hopefully when the Defenders comes out they can find some redemption in Danny’s character, because we sure didn’t get anything interesting here. 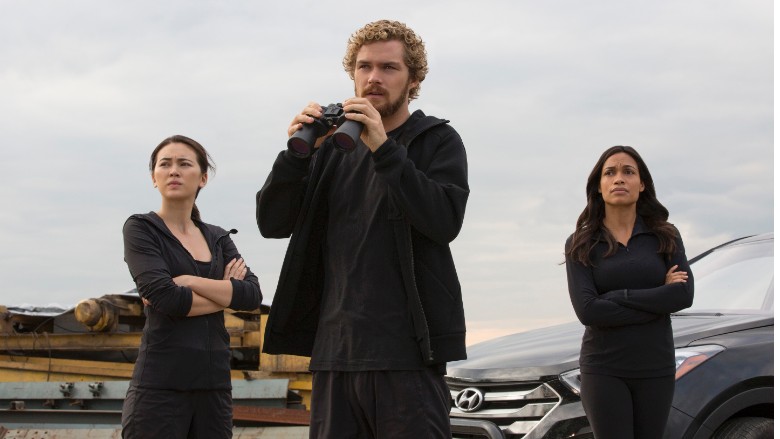