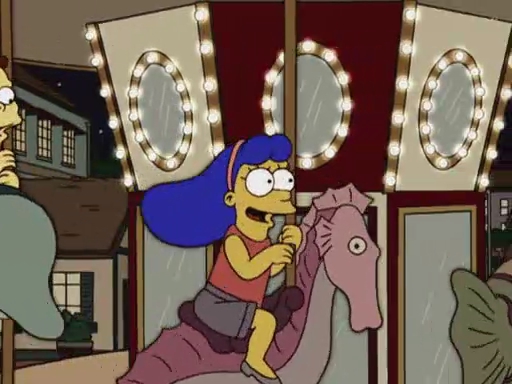 For all of the issue that I’ve come across in this era of the Simpsons, there’s one thing that I’ve been pretty fond of. Marge is having quite a little Renaissance. There was a run there for a while where episodes that revolved around Marge tended to be garbage, and often just made her a shrew. But lately she’s been in fine form, and we’ve gotten some really interesting stuff for her. And today we get another one of those, before the episode gets hijacked to be a weird Homer episode that parodies a film that was ten years old at that point.

The episode starts off with the Simpsons heading to an outdoor movie screening in a park, which is something that seems to happen frequently in Springfield. Unfortunately it’s not frequently enough for the Simpsons to know to get there on time, because when they arrive they find that the place is packed and there’s basically no room. They do manage to find one last vacant spot though, and get to race the Van Houten’s to it, just giving Milhouse more disappointment in his life.

Once they get to the spot though we learn what they’re here to see, and it seems like an odd choice. They’re playing some old silent film, which is basically a Keystone Cops parody, with Mrs. Glick providing live accompaniment. It’s basically just a goofy comedy about a thief stealing chickens and fleeing from police, and actually does seem like quite a few silent comedies from the era. However, the film doesn’t appeal to the bullies, who are without parents, and who just start hucking radishes at Rod and Todd, who are running the projector.

The radishes end up causing some serious problems with the projector, and the film catches on fire, probably destroying some rare print. But it does leave the crowd in a predicament, namely the fact that they don’t have anything to watch. Which makes it Patty and Selma’s time to shine. They reach into their purse and pull out a reel of home movies, which they apparently bring around with them at all times, and get up to put them on. Because that’s just what a crowd of random people want to watch.

But there is one person who really enjoys it. Marge. The footage is from some childhood trip that Marge, Patty, and Selma went on to an island called Barnacle Bay. Apparently the Bouvier family would go every year to this New England island and frolic around on the boardwalk. And seeing footage of the island instantly makes Marge incredibly nostalgic, to the point that she starts obsessing over it. Homer even gets the footage onto a DVD so she can watch it again and again.

And after a while of watching Marge be obsessed over the footage, Homer decides that the Simpsons are heading to Barnacle Bay! So they drop Maggie off with Grandpa and get on a ship to sail to Barnacle Bay. And almost immediately they realize that times have changed. Because Barnacle Bay is a real shithole now. The island is completely run down now, and full of bums and drug addicts. Not really what Marge was expecting. 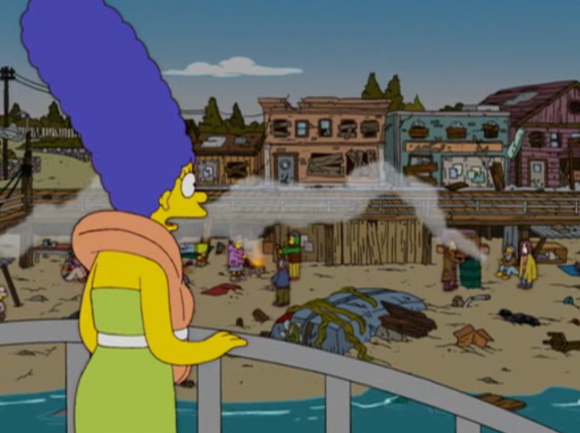 They land on the island and immediately start cautiously wandering around, trying to find some semblance of the place that Marge used to love. And they fail. Everything is closed, there’s just random candy store workers sitting around, the carousel is broke down, and the boardwalk is just a complete disaster. And Marge is despondent. She even asks one of the local fishermen what happened. Turns out that Barnacle Bay’s economy used to revolve around some fish called the Yum Yum Fish, and they fished them to extinction, to the point that the island is now completely broke.

So Marge is depressed, and they go to the crappy hotel that they’re going to stay in. But Homer isn’t going to give up. He goes to those candy store workers from the boardwalk and hires them to spend some time cleaning the boardwalk up, fixing the carousel, and just generally making the place look great. At which point they get Marge and let her have a magical evening riding on the carousel and enjoying the island. Homer even has set up a fireworks display, when he sets off. Which immediately burns the boardwalk down.

Homer has now destroyed the sacred boardwalk of this rundown town, and the locals are pissed. They beat him up, string him up like a prize fish, and decide that he needs to pay the town back by working off his debt on a fishing boat. So Homer gets on a fishing boat with that fisherman from earlier, and gets to try and fish the barren waters outside Barnacle Bay, while learning how hard the life of a fisherman is.

However, Homer accidently saves the day when he ends up beer battering the fishing hooks, and serving the crew bait. This seems like a stupid gag, but it turns out that the Yum Yum Fish haven’t actually gone extinct, they’re still there, and they love beer batter. They quickly start biting the hooks, and the crew ends up hauling in an absurd about of Yum Yum Fish, making these fishermen’s life. They’ve saved the island! Which means they have to stay out there and fish as long as they can, before everyone else starts to get there.

Unfortunately this turns out to be a bad plan, because while Lisa and Marge are visiting some sad little oceanographic institute on the island, they learn that there’s a Perfect Storm ™ heading straight for the part of the ocean where Homer is fishing. So we cut back to the ship and see the fishermen continue to drag up Yum Yum Fish while the horrible storm gets closer and closer, focusing on their hubris. Which is a really bad plan, because the storm hits them immediately, threatening to destroy the ship.

Oh, and we also learn at this point that Bart has secretly been on the ship the whole time, and he’s just revealed himself in time to die on the ship with everyone else. And because there’s no lifeboat the crew is screwed, especially when a gigantic wave shows up and crushes the boat, tossing them all into the ocean. Homer then prays to Poseidon and Aquaman to save them, when we promptly cut to a mass funeral on Barnacle Bay for everyone on the ship. Whoops, end of the series, Homer’s dead. Psych, he comes strolling in with the rest of the crew, complete with their haul of Yum Yum Fish and the knowledge that Barnacle Bay’s economy will at least temporarily be fixed. Until Lisa points out that the over-fishing will just ruin everything again, leading them to decide to just log their island.

In general I liked this episode, but I think it kind of falls apart when the fishing gets established. I like the idea of an episode where Marge is nostalgic for something from her childhood, and is then disappointed when it hasn’t aged well. That’s a really relatable idea that works great for me. I also adore the idea of Homer seeing Marge’s disappointment and then doing everything he can to make Barnacle Bay have even a tiny bit of a magic that it once had to make his wife happy. That’s great. I love that. But then the episode abruptly switches focus and becomes a weird parody of the Perfect Storm, which was in no way timely at the point, and was just out of place and weird. It just becomes a completely different episode in the last act, and I feel like it’s an inferior story. But, overall, the ending didn’t destroy the things that I did like about the episode, leading me to enjoy the episode.

Take Away: Nostalgia can be rough and revisiting your past can often be pretty disappointing.

“The Wife Aquatic” was written by Kevin Curran and directed by Lance Kramer, 2007. 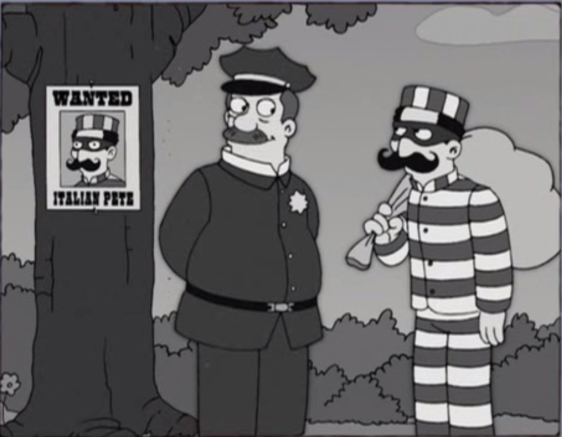 Tagged as: 2007, Lifetime of Simpsons, Season 18, the Simpsons, The Wife Aquatic