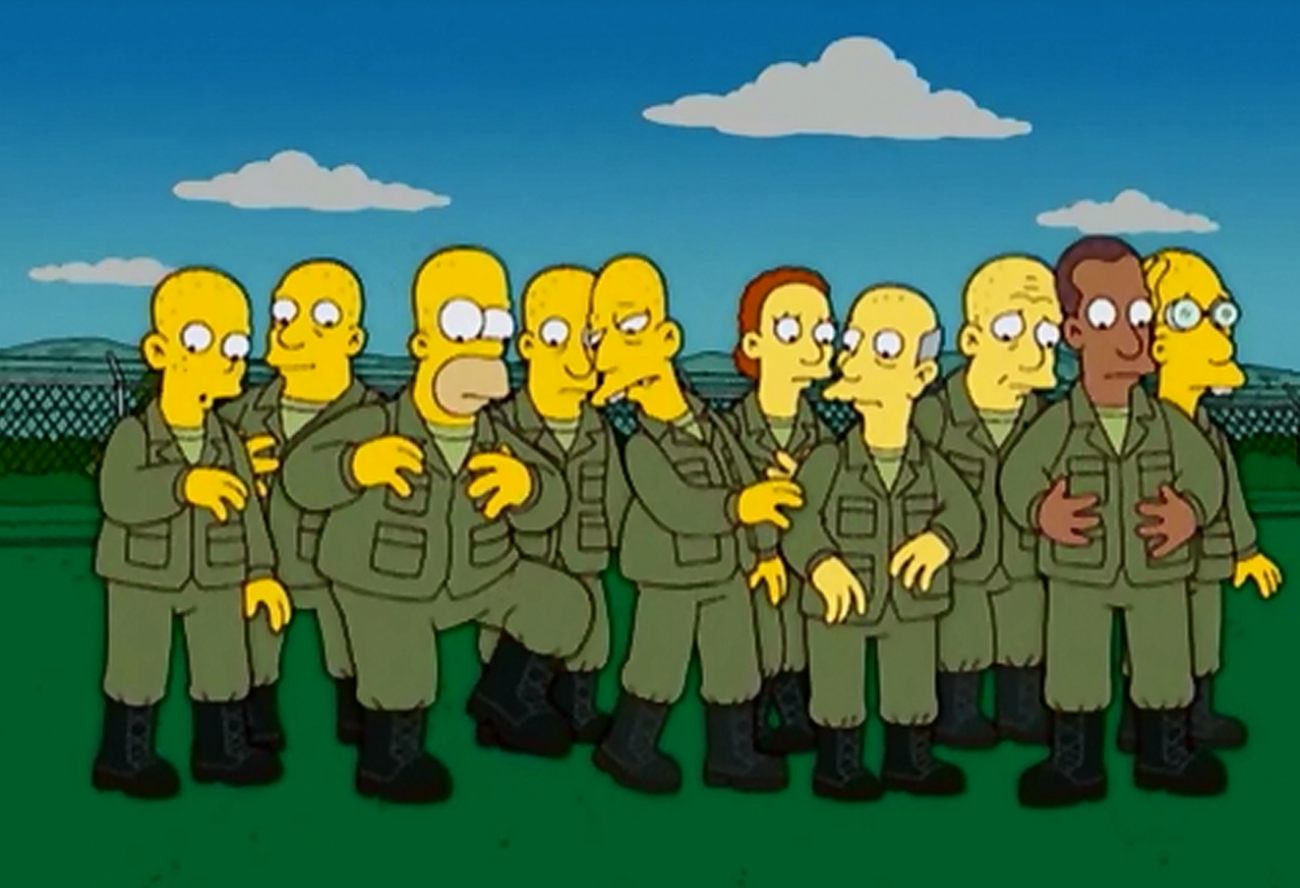 Things are weird here on Lifetime of Simpsons. We’ve surprisingly found this little oasis of quality episode tucked into some real garbage, but it’s not really consistent. We’re basically alternating each day with a bad one and a decent one. And since yesterday was a Treehouse of Horror episode that was a lot of fun, and tomorrow is an interesting episode about writers, guess how today’s episode turns out!

The episode starts off with Bart and Milhouse wandering through a mall, not the dystopian one from a couple days ago, apparently specifically so they can find a mannequin that Milhouse has a crush on. But this isn’t a remake of the 80’s classic Mannequin, so that plot is quickly swept away to show that Bart and Milhouse have spotted Jimbo, Kearney, and Dolph working at some sort of shoe store. And they instantly know what they have to do.

Harass their classmates with the knowledge that because they’re working they can’t fight back. So Bart and Milhouse head on in, and start acting like assholes, because the bullies can’t do anything about it. That is until the Squeaky Voiced Teen, their manager, announces that he’s quitting, and thus the store is apparently closing. And since they no longer have a manager, they decide the beat the hell out of Bart and Milhouse.

And once the bullies are done with some cathartic abuse, they leave the store and are quickly harassed by someone more insidious. Some Army recruiters. They try really hard to get the bullies to sign up for the Army, but even they aren’t willing to do it. So, with no alternatives to meet their quotas, the recruiters decide they have to target an even younger audience. So they head to Springfield Elementary, hold a ridiculous assembly where they play a hilarious recruitment video that featured robot knights, blowing up terrorists and hurricanes, and having a rock show with George Washington and Abraham Lincoln. 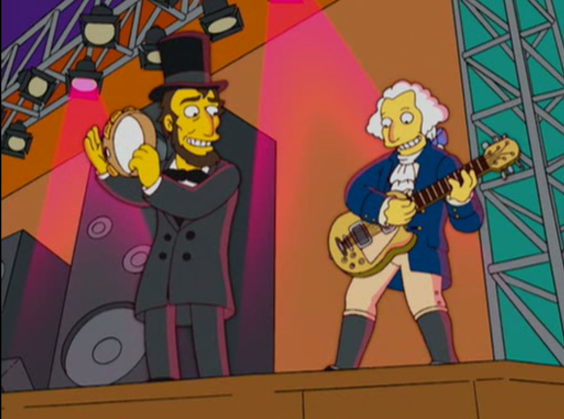 So obviously the kids are all going to pre-enlist, and fill out the forms, enthusiastic to join the Army when they get older. However, when Bart comes home and proudly announces that he’s somehow joined the Army, Marge and Homer are pretty horrified. They’re rightly pissed that the Army tried to sign up a child, and Marge sends Homer down to the recruitment office to get it annulled. Which is a bad plan.

Homer gets to the recruitment center, and because he’s an idiot, they manage to have him sign up instead. That’s right, Homer’s joining the Army! So Homer gets home and announces that now he’s signed up for the Army, which pisses off Marge just as much. Especially when she points out that Homer has already joined the Navy in the past. But Homer just ignores all of that and gets ready to join the Army and go to basic training.

A couple days later a bus shows up and Homer heads out to basic training. And as soon as he gets there he’s informed by the angry Army Colonel who doesn’t get a name that the military really needs soldiers, so they’re going to accelerate things massively. So Homer and the other recruits speed through basic training, and quickly get their assignments, which is basically frontline infantry for everyone. Everyone but Homer and some idiots.

They are apparently too dumb to be soldiers, and are told that they’re going to be the enemy in some sort of war games that will happen soon, so that it makes the real soldiers look better. Homer’s offended by this assignment, but decides to try and be a good leader for his troop of idiots, and decides to try and let them win. Which he actually starts to do. Because that night when the war games begin Homer decides to fire his flare at random, blinding the real soldiers. And when Homer and the idiots see the blinded soldiers they panic and run off into the streets of Springfield.

So Homer heads back to his house, and spends the night with Marge, ignoring the fact that the Army is after him. This is spoiled though when a predator drone comes flying into his room, since of course he’d go hide in his own house. And this leads to maybe the best segment of the episode, when Homer and the drone get into a silly Tex Avery-style cartoon chase around the house, complete with sneaking around and a closet full of TNT.

The Army is continuing to hold Springfield hostage though, so Homer has to flee his house and hide out in the Retirement Castle. But it isn’t just Homer who hates the military, everyone is pissed that the Army is occupying Springfield, so Marge decides to get a phone tree going where the entire town bands together to form a resistance. And once that’s accomplished they head to the Springfield reservoir, and pour all of their booze into it, thus getting the Army drunk on water. So the Army gets sloppy drunk all night, and the next morning when they’re hung over Springfield attacks, kicking them out of their town. However, Homer still has to finish his commitment, but they let him bully people into enlisting. 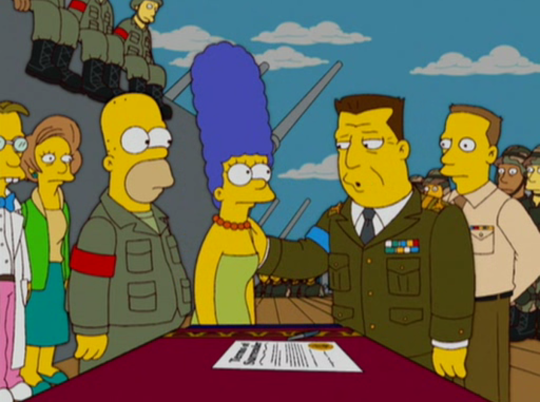 Yeah, I’m not a fan of this one. There are a couple good gags, primarily from that goofy little drone chase scene, but overall this one is just a complete dud for me. And I think a big part of it comes from the fact that, as Marge pointed out, Homer has already accidently joined a branch of the Armed Forces. And this episode sure doesn’t have as much going for it as “Simpsons Tide.” Because as it stands the episode was just kind of boring. There were plenty of goofy slams at the military, due to the invasion of Iraq, but I feel like you should be mocking the government, not the military for all of that. The Army didn’t want to invade a country for no reason, the government did. It’s just kind of a lazy episode, full of military jokes that felt recycled from movies like Stripes, and frankly other episodes of the Simpsons that involve the military. But hey, tomorrow is fun.

Take Away: The military does not look like something I want to be part of.

“G.I. (Annoyed Grunt)” was written by Daniel Chun and directed by Nancy Kruse, 2006.