Batman: the Telltale Series is a Very Unique Batman Story What’s this? I’m talking about a video game? That’s right! Now that I’ve completed by quixotic quest to watch 366 movies in 2016 I’ve found myself with a lot more free time, and have decided to play catch-up on some video games that I ignored throughout the previous year. This is the first time that I’ve written about a video game here on the site, but I figured a combination of Batman and story-driven game-play is enough in my wheel-house to be a good first entry. Because we know I blather on enough about Batman to have some strong opinions on what makes a Batman story. And I’m actually a really huge fan of the TellTale episodic games. I know that a lot of people criticize them, some saying their poorly written, some say boring, and some say that their whole decision-based structure is a little too narrow, but I personally disagree with all of that, and have a hell of a time with them. I don’t much enjoy playing shooter games, where I’m just running around causing chaos. I love me a good story. And I do feel like these games deliver  on that. They’re basically just interactive movies, where you just decide what people say. And I know that that probably isn’t everyone’s cup of tea, but I dig the hell out of them. So far I’ve thoroughly enjoyed every one of the games from this company, even ones based on properties that I have no interest in, such as The Walking Dead. So of course when I heard that they were making a series based on Batman, I was more than a little excited. Especially when I was hearing people say that it was about 50/50 a Batman story and a Bruce Wayne story. That had me intrigued.

And, by and large, I have to say that I really liked this game. I thought it had an interesting story, it was well voice-acted, had the traditional cell-shaded graphics that I enjoy from these series’, and did some interesting things with the Batman mythos. But it also did some weird things with that Batman mythos. Things that would probably infuriate me if they happened in comics and became canon. But when you have a story like this, that’s basically in an alternate reality, I can more or less forgive it. But I’m getting ahead of myself, let’s start things off with a plot description, since that’s mostly what the game is anyway.

Like countless Batman stories before it, this tells a tale from Batman’s early years. He’s been running around Gotham for just a few months at this point, and hasn’t met any of his main rogue’s gallery. Gordon is still a lieutenant, Harvey Dent still has all of his face, and the city is generally still dealing with gangsters and not supervillains. And, like I said earlier, there’s really two plots going on. The things that Batman is doing, and the things Bruce Wayne is doing. We see Batman dealing with a group of anarchists called the Children of Arkham who are trying to steal information from Mayor Hill’s office and grappling with Catwoman who is also trying to steal that information. But we also see Bruce Wayne doing everything he can to get his good friend Harvey Dent elected mayor of Gotham. Which is requiring him to compromise some of his morals and work with Carmine Falcone, the head gangster of Gotham City. Bruce is also dealing with the sudden appearance of his old childhood friend, Oswald Cobblepot who used to be one of Gotham’s elites and now is a destitute criminal. And if all of that wasn’t enough, we also get the big plot twist of the game, and the thing that would really bug me in a normal Batman story. We learn that Thomas and Martha Wayne were actually criminals, and helped run Gotham’s underworld with Falcone and Mayor Hill. Basically, since Thomas Wayne was a doctor he would give fake examinations to people in Falcone’s way, and send them to Arkham for the rest of their lives. Which, makes for a good twist for this story, it’s just not something I want to see from Thomas Wayne. 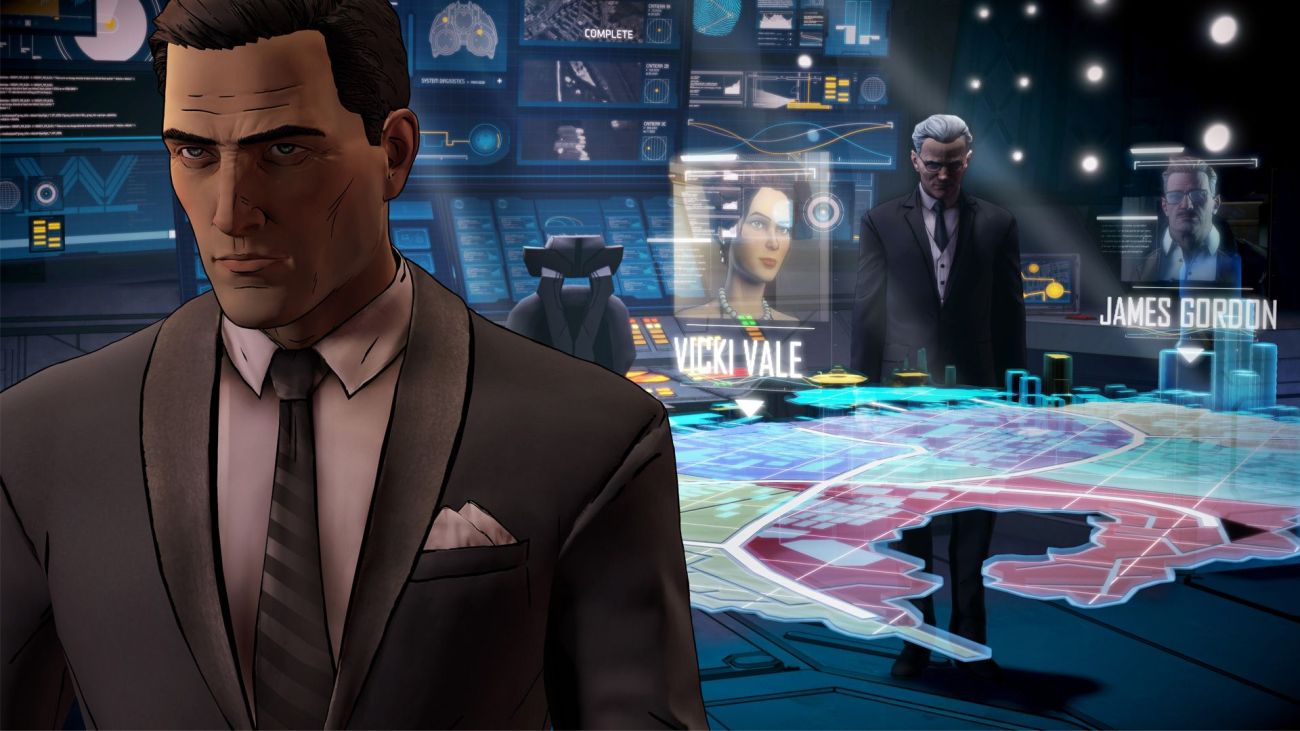 From there things get more and more complicated while the player gets to juggle the lives of Bruce Wayne and Batman, often getting to decide which alter-ego you’ll be talking to characters as. We get to see Selina Kyle and Bruce realize each other’s alter-egos immediately and begin a relationship. We see Oswald become the Penguin, a weird Occupy Wallstreet type of agitator who is trying to upset the status quo and control Gotham. We see Harvey be pushed to his extremes before getting his face horrible scared and going off the deep end. And we see the Children of Arkham, and their leader the mysterious Lady Arkham, wreck havoc on Gotham, all while trying to expose the crimes of the Wayne family. Which is a whole lot of nonsense to juggle. But the story does a good job. We get to see tweaked origins for a lot of Batman characters and we just get some good old-fashioned detective work from the World’s Greatest Detective.

I would say that most of my issues with the plot of this game come from a place of me being a whiny fanboy, and not wanting to see Thomas Wayne be a bad guy. Because other than those petty gripes, I think the plot was really solid. I liked seeing Gotham being held hostage by a group of terrorists who want to bring the corrupt rulers of Gotham to task. The reveal of Lady Arkham’s identity was a little odd, but I certainly didn’t see it coming, so I guess that can forgive some of my silly griping. Because when I ignore that, there’s a lot to like about this game. There’s some truly great interactions between Bruce and Selina, like some of the best relationship work I’ve seen between the two characters in a long time. And I legitimately adored the relationship between Bruce and Harvey. I think that Two-Face is one of the most moving villains in Batman’s rogue’s gallery, and a lot of that comes from his relationship with both Bruce and Batman before the scarring. A lot of stories jump straight to Two-Face, thinking that he’s more important than Harvey, but this story took it’s time with Harvey, and really established their friendship. Really, relationship were the big key to this game. The game completely nailed Bruce and Alfred’s relationship, and I loved how it handled both Gordon’s relationships with Bruce and Batman. I feel like Bruce Wayne often gets the short shrift when it comes to Batman stories, and I really adored that we got to see what life it like for Bruce. Honestly there may be more time spent as Bruce than as Batman in this game, and I kind of really enjoyed that. It was a nice change of pace, actually planning things and trying to get tasks accomplished as the billionaire playboy and not the Dark Knight. So while there were some complaints when it comes to the plot and characterizations of this game, there was enough about it that I liked and was unique to make me fully recommend it.

Batman: The Telltale Series was developed by Telltale Games, 2016. 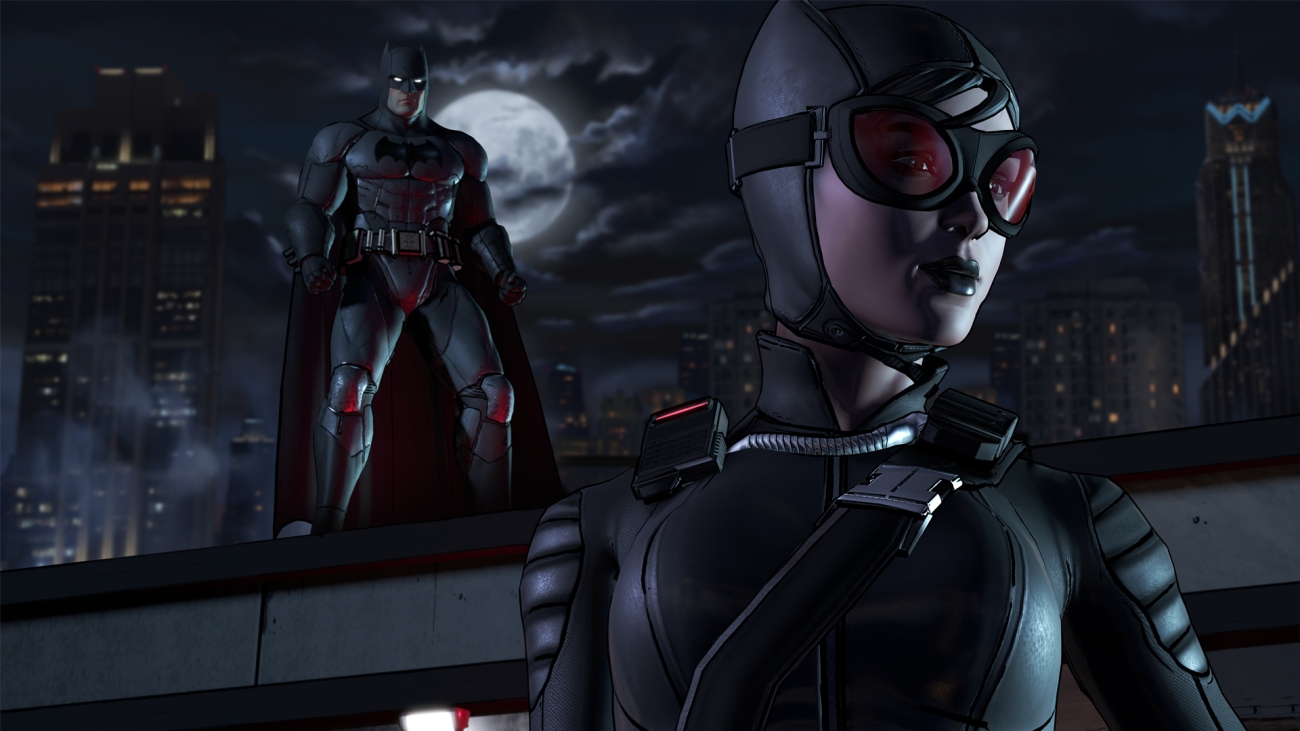