I think at this point it’s pretty clear that I’m a huge mark for both Marvel’s Netflix series’ and Luke Cage. I’ve talked about each of the Marvel series that Netflix has produced, and also talked at length about how much I love Luke Cage, despite some truly bizarre old stories.  And take those two interests combined with the stellar performance Mike Colter as Luke in the Jessica Jones series and you can tell that I was excited about this one. Luke’s become one of my favorite superheroes of all time, and seeing him be fully realized in live-action was something that sounded almost too good to be true. And then I started to hear that the show was going to follow more in the footsteps of Jessica Jones, and tackle some more hard-hitting issues. Namely how it would be to be a bullet-proof black man in the horrifying world we live in. It’s such a brilliant idea, and a truly moving and inspirational premise to base the adventures of the first solo black hero in the MCU. So, naturally I’ve been waiting for this show to arrive with bated breath, checking out every teaser I could find, and finally brave Netflix crashing before checking out the adventures of the Power Man himself, Luke Cage.

The series takes place after Jessica Jones with Luke Cage just trying to get by in his life. He’s working at two jobs, cleaning up at a local barbershop and washing dishes at a Harlem nightclub, and just generally trying to keep his head down. Unfortunately, having superpowers does tend to attract problems, and pretty soon Luke is drawn into a veritable mob-war on the streets of Harlem. Luke has to grapple with four versions of old, pretty ridiculous, villains who have been updated and made more realistic. There’s Cottonmouth, the owner of the nightclub Luke works at and would-be kingpin, Mariah, his cousin and a corrupt city councilwoman who is trying to establish political power by building housing in Harlem, Shades, a henchman who is desperately trying to rise to power himself, and Diamondback, an insane gun-runner with a personal grudge against Cage. Cottonmouth is trying to do everything he can to take over Harlem, while also turning his family’s club into a center of criminal activity, and his pursuits eventually incur the wrath of both Luke, and a police detective named Misty Knight, when one of his underlings kills a local barber that was immensely beloved.

That killing sets off a series of dominoes that has Luke using his abilities to help the common man for the first time. He’s always been trying to keep his powers on the down low, especially to hide from his past, but he’s been pushed hard enough that he’s going to finally use his strength and bullet-proof skin for good, cleaning up the streets of Harlem by any means necessary. But it becomes evident that when physical force won’t be enough to stop the meddlesome Cage, our villains decide to step things up and make things political, framing a brutal death on Luke and making him public enemy number one. Mariah spreads the belief that Luke is a dangerous criminal that can’t be trusted or stopped, and almost succeeds in turning the public around on Luke. Meanwhile, Diamondback shows up with some high-tech bullets that can actually pierce Luke’s skin, and starts making his grudge personal. We end up learning that Diamondback is actually Luke’s half-brother, and the two get embroiled in an bitter feud with Diamondback doing everything he can to kill Luke, and get revenge for some half-imagined slights in their life. And while all of this fighting is going on, Luke is coming to terms with his past, the origin of his abilities and the wrongful conviction that lead to them, and his general place in the world. Along the way he learns more about his powers, his personal strength, and regains his standing in the community as a true hero, all while forging deeper relationships with Misty Knight and our bridge between all of these shows, Claire Temple.

I really enjoyed this show. I’ve seen a lot of people complain about it, calling it one of the weaker entries in the Netflix series, but I don’t agree. One of the major complaints is that the show struggles with pacing issues, which I’m not sure I can refute. Like all of the shows, the series could probably be a couple episodes shorter and become a tighter and more efficient story, but some technical issues don’t distract from what remained an enjoyable and interesting story. However there is one quibble that I could make before getting onto what I liked about the series, and that’s that we kind of got the wrong Luke Cage. Now, Luke has had two major characterizations over the years, the cocky and self-aggrandizing Hero for Hire and the more calm and collected leader of heroes that we have today. This series went for the calm and collected Luke. Which isn’t bad, but I always felt like Luke became that way after marrying Jessica and having his daughter. Those things mellowed him out, and made him a more responsible man and hero. He was always a good man, but he became a great man when he settled down. And this show kind of put him in that stage of his life without the personal growth. Like I said, that’s a minor quibble, and I know people have much bigger problems with the show, like the pacing, the writing, and just about everything to do with Diamondback, but none of that really distracted me from enjoying this show.

I love Luke Cage, and while this show didn’t give me my favorite version of the character, I still fully recognized the character before me, and was thrilled to see him brought to life. I have a serious soft-spot for the more cocky and brazen version of the character from the Silver Age, wearing his classic Power Man costume. And while the show took some unfair jabs at that look, it still did give us a great version of Cage, but a more modern one. I’ll admit, I think it makes more sense to have the calm and reserved Cage that we saw in this show when placed in the context of being a husband and father, but it didn’t feel unearned in the show, and still felt like the character that I’ve come to know and love. And it wasn’t just Luke. I was thrilled to see a capable and strong version of Misty Knight, even though she didn’t have her funky robot arm, and I think all of the villains held up splendidly. Cottonmouth was a delightful villain, just reveling in his suave evil, and Mariah quickly established herself as the truly frightening villain, because her pursuits and the lengths the goes to accomplish them seem all too real. Honestly Diamondback felt a little out of place, and he maybe would have served better as a villain in the second season, only being teased in this one, but he still brought some great drama to Luke’s life and provided an unhinged villain to end the season on.

But the thing that I really loved about this series what more what it represented. When I was first learning about this series I was so incredibly excited to see a show tackling really hard-hitting social issues, and what it means to be black in America today. Now, I’ll start this off by saying that I am one of the whitest people you’re ever likely to meet, but as Frank Zappa said, “I’m not black but there’s whole lots of times I wish I could say I’m not white.” It seems to be incredibly hard to live as a black person in America, and there doesn’t seem to be a lot of mainstream media that speaks to them. We’ve had more than a dozen films in the Marvel Cinematic Universe, and while there have been black characters, none of them has taken the lead. And obviously I can’t speak for the black community, but I have to imagine that having the first black lead character in a Marvel project be such a honorable and powerful character like Luke Cage, just fighting to keep his community safe and legitimate is a great thing to see. So we can argue about if this show was actually any good, and if it’s many technical issues weigh it down, but Luke Cage has pushed the boundaries of superhero media, given us a superhero that’s not played by a blonde and white actor named Chris, and has pushed us forward. Hopefully things continue that way. 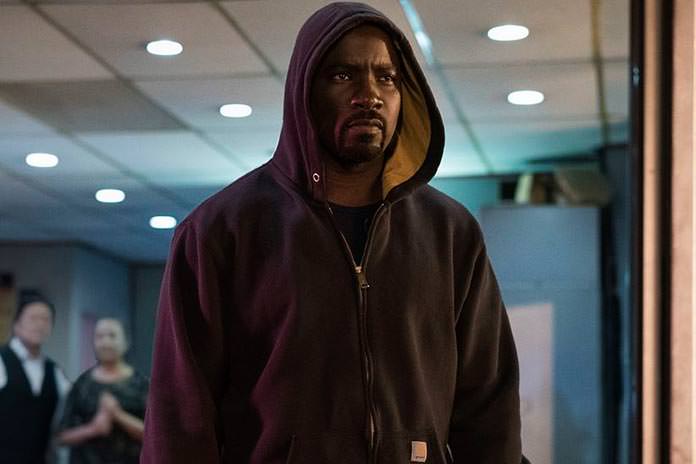