In Defense of Adam West’s Batman 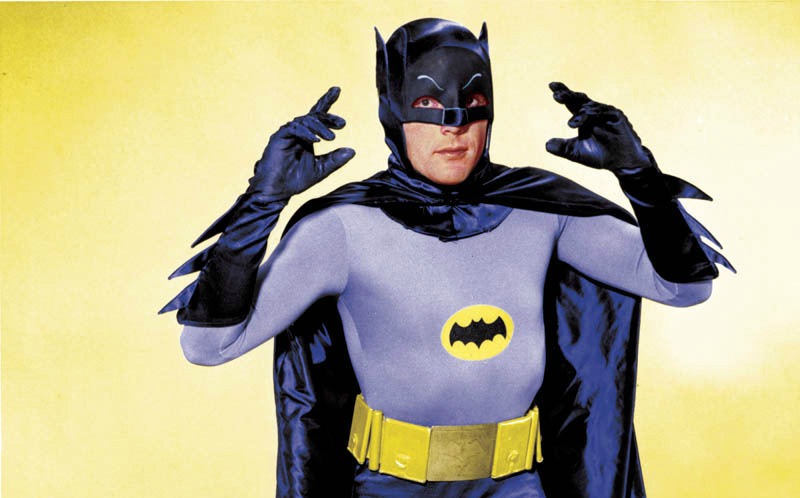 As I mentioned earlier, today is Batman Day, a pretend holiday that DC has created to worship their most profitable creation, the Dark Knight himself, Batman. And all the love for the Caped Crusader that’s been going around the internet today has led me to think about Batman. Now, I’ve discussed it a lot here on the site, mainly through the Bat Signal series, but I really do have a serious affection for the character. But that doesn’t mean that there aren’t aspects of Batman that I don’t like. Because trust me, there are some issues with the guy. Which makes sense. Batman has been around since 1939, so there’s bound to be a lot of change in his character. Times change, and since Batman has  almost always been a sure-fire way to make money, he changes to fit those times. Which is how we’ve gotten so many different variations on the character. We’ve had his dark and violent pulp origins, his turn as a father-figure to Robin, his goofy antics as the World’s Finest best friend to Superman, his insane sci-fi adventures in space, his embrace of camp, his return to darkness, his globetrotting super-hero antics, the plunge into darkness and anger in the 80’s, his ridiculous need to top that darkness in the 90’s, his Art Deco throwback years of the Animated Series days, the pseudo-realism of the Christopher Nolan films, his sociopathic torturer time in the current films, and his return to form in the current comics. There are pros and cons for every variation of the character, but in general there’s always something to find likable about Batman. But there’s one version of Batman that has always has a soft spot in my heart, and one that I’ll fight for. The sixties Batman show, as portrayed by Adam West.

There’s been quite a lo of changing opinions in regard to Adam West’s version of the character as time has gone by, mainly as people’s opinions on how serious the character should be portrayed, but I’ve always loved him. The story is that producer William Dozier saw people laughing at old film-serial versions of Batman and Robin during ironic campy parties, and he decided that he could replicate that feeling with a new television series that took a less than serious look at the character. So he put together this gloriously insane little show that was equal parts action, adventure, mystery, camp, satire, and Batman. They borrowed from the recent era of the comics, which was so built on obeying the strict and insane rules of the Comic Code of America, which drained a lot of the pulp from the character, and left him a fun-loving detective who be more at home solving pranks than murders. This was a time in the comcis where you were more likely to see the Joker planning to throw a pie in the face of the mayor than to see him planning a way to kill as many people in Gotham as he could. And the show took that more innocent, child-friendly take on the character, and spun it into pure televised gold. 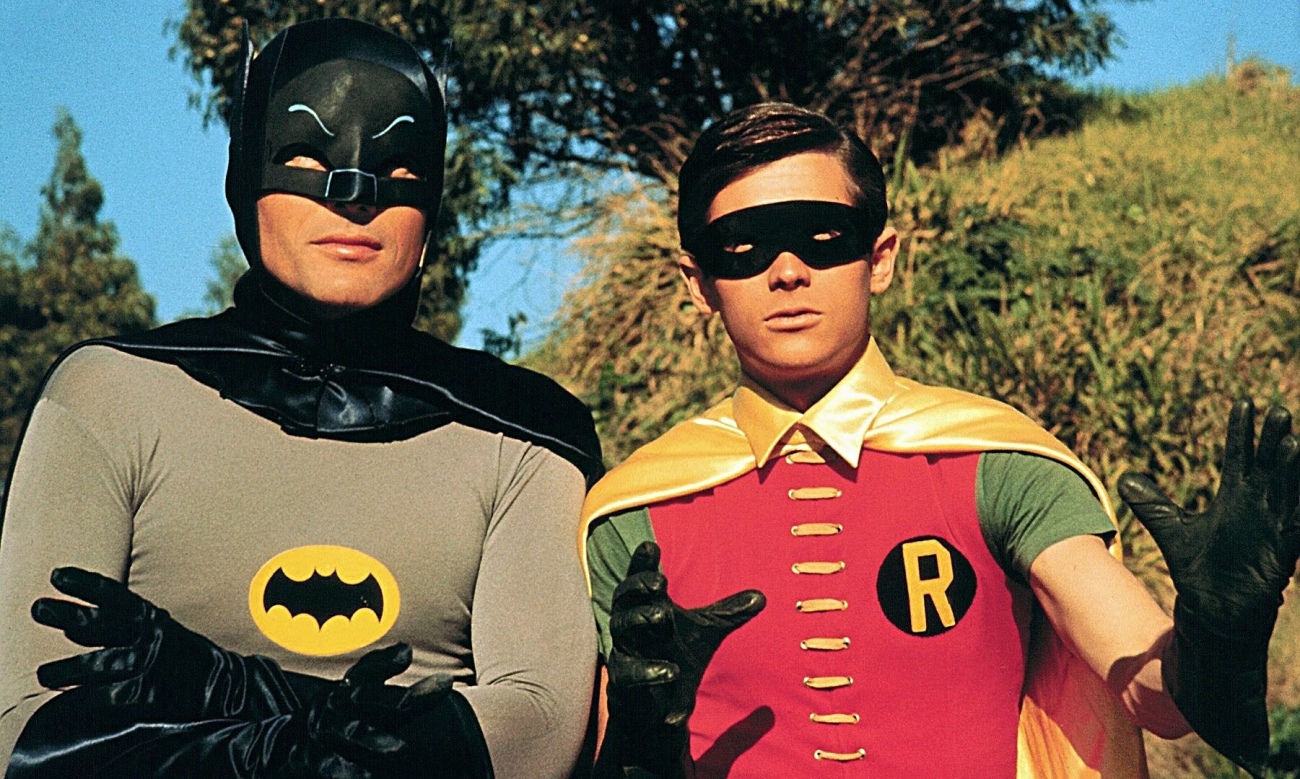 I understand that there are people out there who believe that their comic book stories should be treated with deadly seriousness. That Batman should be portrayed as a dark, avenging knight who will beat the hell out of villains who are planning dark and twisted crimes. That he’s supposed to be this realistic hero who goes on gritty and violent adventures, and that it’s for adults. Which I personally find ridiculous. To me, seeing a Batman who is being treated like a gritty crime-drama is more silly than seeing him dress in a satin cape and dance in a go-go club. I love superheroes, but I don’t really see the point in trying to make them realistic. I kind of feel like that’s a side-effect of people being ashamed that they still like comics. The people who hate on Golden and Silver Age stories because they’re not serious enough are usually the type of people who insist on calling them ‘graphic novels’ instead of comic books. They still don’t want to let go of what’s perceived as childish things, but they’re ashamed to admit that they like something as fun and silly as a Golden Age Batman story. So I understand why there’s people who hate this version of Batman. I kind of think that it’s a ridiculous complaint, but I see where they’re coming from. After Frank Miller convinced the world that Batman stories needed to be dark deconstructions of the character that were gritty and filled to the brim with angst, the idea of a campy and fun Batman would seem ridiculous. A defamation of the strong, serious character that they love.

And that opinion has been around for a while now. We’ve had almost 30 years of “Angry Batman” being the preferred version of the character. From Frank Miller’s Dark Knight Returns to the excess of 90’s stories like Knightfall, to the gritty ‘realism’ of the Dark Knight trilogy to whatever the hell Zach Snyder thinks he’s doing with the DCEU films, the public seems to love their Batman angry, vindictive, and filled with hate. And yet, while all of that’s going on, there’s been a resurgence in popularity with the Adam West version of the character, and the whole Batman ’66 aesthetic. I’m not quite sure if that’s because the rights of the series have been worked out, and it’s finally been released on DVD and Blu Ray, or because the rise of the hipster movement has made it okay to ironically like things again, or if there’s indeed a backlash against serious Batman brewing, but whatever it is, fun Batman is more popular than he’s been my entire life. And I’m stoked. 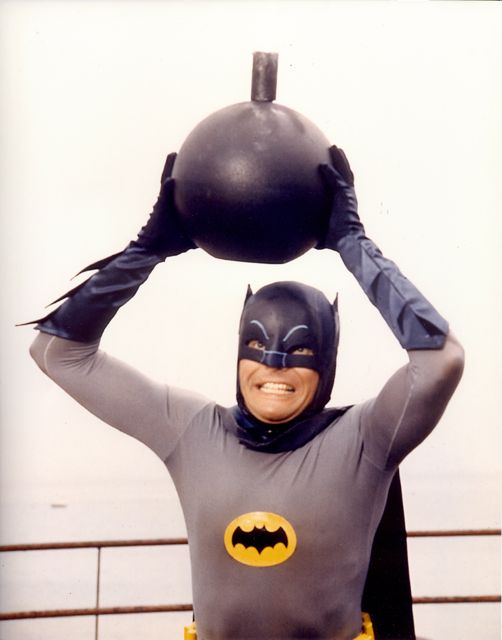 I first became aware of the 60’s Batman series when I was a kid, and was obsessed with the character. I’ve discussed it on the site before, but I actually didn’t have that much experience with the comics adventures of Batman until I was much older, because we didn’t have a comic shop anywhere near where I grew up. Instead I was obsessed with different adaptations of the character. And I grew up during a great time for that. I was born the summer that the Tim Burton Batman film was released, so I’ve always had that series to watch. My brother and I would watch and re-watch the two Tim Burton films, and eventually the two Joel Schumacher films, and when that wasn’t enough we would watch as many episodes of the terrific Batman: the Animated Series. It was a great time to love Batman. But of course, we would eventually get tired of watching these things, and so I would search around in my TV Guide, trying to find new episodes of the Animated Series, and eventually came across what I assumed were reruns playing on TVLand. But it turned out to not be what I was expecting, and instead it was my first exposure to the 60’s series. And after getting over how odd it was, I was hooked.

When I got to my teenage years, and started to agree with countless adolescent before me that Batman needed to be angry and violent, and that the Joker was totally the coolest character of all time, I put aside Adam West’s Batman, relegating it to silly camp. But as I’ve gotten older, I’ve really come around on the character. I’ve talked ad naseum on this site that I’ve had a real shift in my understanding of heroes within the last few years. I now am of the opinion that a true hero doesn’t focus on punishing evil, they focus on protecting innocents. And the Batman that people seem to love nowadays is certainly more interested in punishing villains. He’s dark, brooding, and all he wants to do is make people pay. But this ‘silly’ and ‘childlike’ Batman? He’s obsessed with protecting people. In the first story from the show, Batman becomes inconsolable when one of the Riddler’s goofy hench-women falls to her death in some crazy nuclear reactor in the Batcave. The woman was there to betray and possibly kill Batman, but he is incredibly upset when he isn’t able to protect her. And that, in a nutshell, is why I love this version of Batman so much. I didn’t really talk that much about the actual show, or the delightful film from 1966, and I’m sure I’ll talk more in depth about specific episodes some day, but for now I just want to reflect on the fact that this Batman, who people dismiss as a silly joke, is more of a hero than any of the Batmen that we’ve seen on screen in the last ten years. This is a Batman who never gives up, who does everything he can to protect the people of Gotham. So on this Batman Day, I heartily recommend that you check out this series, or the film that spun out of it, because when given the choice between seeing a Batman who reflects everything mean and awful in the world, and one who shows us how optimistic and courageous we could all be, I’ll pick Adam West every time. 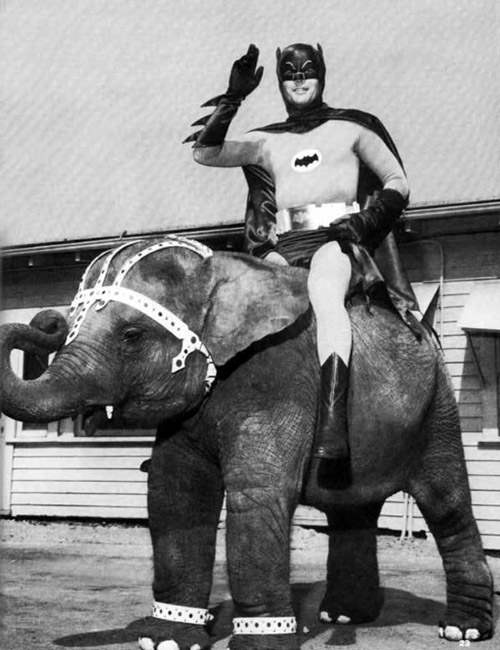