Zeroville: Worshipping at the Altar of the Movies 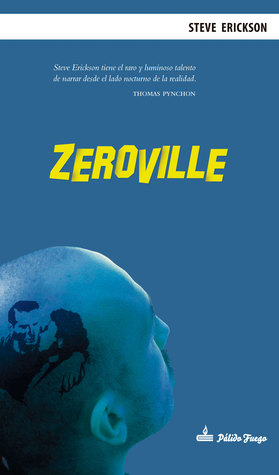 Here’s a shocking statement. I love movies. A lot. It’s a passion I’ve always had, and that’s really took off in the last few years. I’ve discussed before that a significant part of my childhood was sitting around watching random movies that my grandparents essentially pirated, and the movies have been with me ever since. I’ve always fancied myself an aspiring storyteller, and one way that I’ve fostered that is to consume as many stories as possible. So I read comics and novels constantly and watch as many movies as possible. I’m currently on a quest to see 366 movies I’ve never seen before this year (just passed 200!) and it all just adds up to one massive addiction. So, obviously, with these two obsessions there’s one thing that really clicks for me. Movies about books and books about movies. It may seem counterintuitive and strange, but I love story-tellers looking at story-telling as a subject. It’s just a fascinating concept to me, and I’m always up for checking out stories about characters that live and breathe stories. Just like me. And while it doesn’t always work out for me (I got next to nothing from the novel The Moviegoer) more often than not it’s a solid gamble for me. And I found just such a novel.

Zeroville is a fascinating little novel that I just sped through, and need to talk about. I heard about the novel fairly recently, when I read an article about the impending James Franco adaptation, where the article and everyone in the comments recommended it highly. So I took a gamble and checked out a novel I knew virtually nothing about. I don’t even think I really read a plot summary beyond the fact that it’s about a weird guy obsessed with movies living in Hollywood. I don’t even think I realized it was a period piece. I just kind of dove on it, and boy am I glad I did. This book is bizarre. It’s a strange little read, anarchic and very punk-rock in its execution and plotting, it’s joining a special pantheon of weird novels I adore like Fear and Loathing in Las Vegas.

And what’s it about? Movies, and the power they hold over us. The book follows a man who comes to be known as Vikar. Now, Vikar is an odd man, possibly autistic, who has lived an incredibly sheltered life, up until the point he finally started to see movies, and decided that he needed to a) tattoo portraits of Elizabeth Taylor and Montgomery Clift from a Place in the Sun on the back of his head, and b) move to Hollywood and work in the movies. Vikar heads to this land of magic in the late sixties, where things are starting to change. Vikar is shocked that people in Los Angeles are more interested in music than movies, and is starting to feel the rise of New Hollywood and its effects on the city. He lives a pretty meager life, spending all of his time watching movies, and gradually progressing up the ladder in show business. He starts off building sets, and ends up being introduced to a lot of important figures in the business from that era, most importantly John Milius, who is referred to as Viking Man for the entire story. He also starts a bizarre relationship of sorts with a mysterious woman named Soledad and her daughter Zazi.

Time goes on, and Vikar ends up moving from set-building to editing, where he really seems to excel. Vikar is a natural editor, and takes to it incredibly easily, becoming pretty famous in the industry for his abilities. He even secretly edits a film for Milius, gets kidnapped by some Spanish revolutionaries who wants him to edit their weird propaganda film, and gets hired to edit some messy, indulgent train wreck that United Artists doesn’t know what to do with. And that mess of a film ends up some incredibly divisive work that ends up getting Vikar an award for editing at the Cannes Film Festival. So Vikar seems to have reached an apex of his life. He has money, success, a job in the movies, and the ability to watch whatever movie he wants. But it’s not enough, and he ends up falling down some elaborate rabbit-hole of a plot where he discovers frames of a secret movie that are hidden in the reels of every movie in the world, all adding up to some sort of footage of Abraham’s sacrifice of his son. I think? It starts to get really crazy near the end of this novel, and Vikar becomes an increasingly unreliable narrator as his own weird psychosis starts to infect the narrative. Unless he actually does have a pow wow with the ghost of Montgomery Clift.

This novel is strange. That plot description may not really get that across, but it really is one of the odder and more enjoyable books I’ve ever read. Vikar’s stream of conscious narration is scatterbrained, and as confused as you would expect from a man who may or may not be autistic. He doesn’t understand the world around him, makes up identities for the people he meets, and rarely actually tells us the names of the movies he’s talking about. Which is a hell of a lot of fun for a movie dork like myself, trying to puzzle out oblique references to movies based on Vikar’s jumbled descriptions.

And it’s with Vikar’s obsession that this book really got to me. The plot itself is pretty simple. It’s silly and strange, but things move along in an understandable way and is basically just about a guy doing his job. But it’s Vikar’s descriptions of the world, and how he relates absolutely everything to the movies that worked so well for me. We live in a world where people are getting increasingly obsessed with their entertainment. People care enough about the comic books they love to threaten creators with death, and to spend most of their time rallying against people who don’t like the same movies as they do. Religion is fading in our society. It doesn’t always seem that way, but people are leaving religion behind. We’re probably leaving nations behind. But humans seem to need something to believe in. And for some, that’s entertainment. Movies in particular. I talked about this in my review for Hail, Caesar! which dealt with a similar topic. Hell, there’s even a recurring idea that Vikar once built a model of a church (that turns out to be an insane asylum) that’s secretly a movie theater. Vikar’s life is movies. He only gets through the world by comparing everything to movies. And in the end, movies completely obsess his life. His job and seemingly his purpose on Earth is to love movies. He finds the weird conspiracy, he makes his own movies, and he collects a vast swath of eclectic films. It’s what his life is about. The power of the pictures. Something greater than himself to believe in. And I don’t know about you, but I’m more in line with Vikar than any other belief system.

To sum up. I believe this is a very good story.

Zeroville was written by Steve Erickson, 2007.